New York Democratic Rep. Alexandria Ocasio-Cortez was added to the list of speakers at South by Southwest’s (SXSW) 2019 conference.

The conference, which takes place in Austin, Texas, every year, celebrates “the convergence of the interactive, film, and music industries. Fostering creative and professional growth alike, [SXSW] is the premier destination for discovery,” according to its website. This year’s conference will be held from March 8 to 17. Ocasio-Cortez will speak to Briahna Gray, senior politics editor at The Intercept, during her appearance, Variety reported Tuesday. (RELATED: Ocasio-Cortez Issues An Apology To Donald Trump Jr)

“Each of the keynote speakers announced today reflect bold and innovative talent transforming their respective industries,” chief programming officer Hugh Forrest said regarding the speakers at the conference. “The breadth and diversity of the Featured Speakers make the 2019 event an even stronger and more compelling place for creatives, innovators and storytellers alike.” 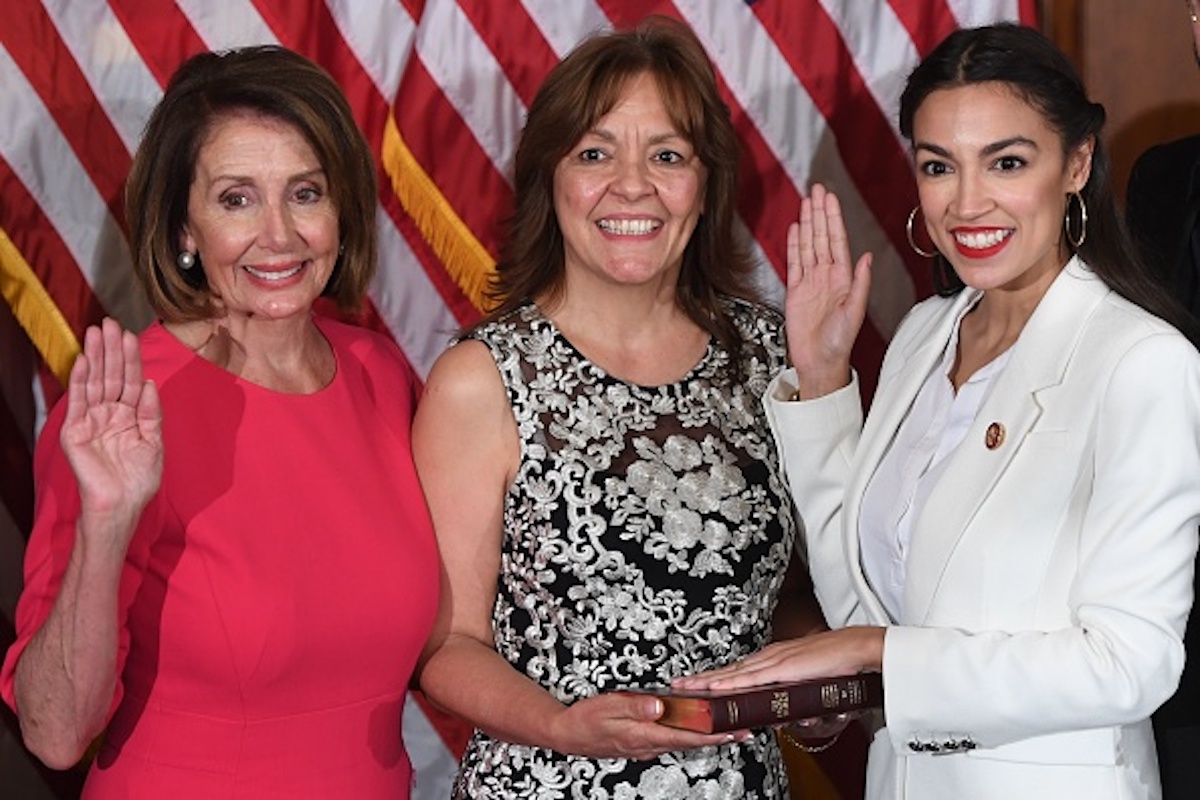 Speaker of the House Nancy Pelosi performs a ceremonial swearing-in for U.S. House Representative Alexandria Ocasio-Cortez at the start of the 116th Congress at the U.S. Capitol in Washington, D.C., Jan. 3, 2019. (Photo credit: SAUL LOEB/AFP/Getty Images)

Speakers expected to be at the conference are rap artist A$AP Rocky, actress Pamela Adlon, author Neil Gaiman, businessman Jeffrey Katzenberg and others, according to CBS Austin.

Ocasio-Cortez’s office did not immediately respond when asked what she planned on discussing at the conference.