A nine-foot sculpture depicting the Saudi Arabian flag in the shape of a piece of candy is reportedly being removed from its grounds near the 9/11 memorial in New York City after facing backlash.

The Port Authority of New York and New Jersey said they’d relocate the installation, which features the words “There is no god but Allah, and Mohammed is the prophet” in Arabic, after many felt its proximity to Ground Zero and the 9/11 Memorial was insulting and insensitive.

Fifteen of the 19 hijackers in the Sept. 11 attack on the United States were Saudi nationalists, although the Kingdom of Saudi Arabia has long denied any involvement.

The sculpture is part of a larger installation created by French artist Laurence Jenkell in 2011, titled “Candy Nations,” according to The Observer, and presents countries in the G20 Summit as various candy statues.

“I first created flag candy sculptures to celebrate mankind on an international level and pay tribute to People of the entire world,” Jenkell said in a statement after rolling out the installation last week. 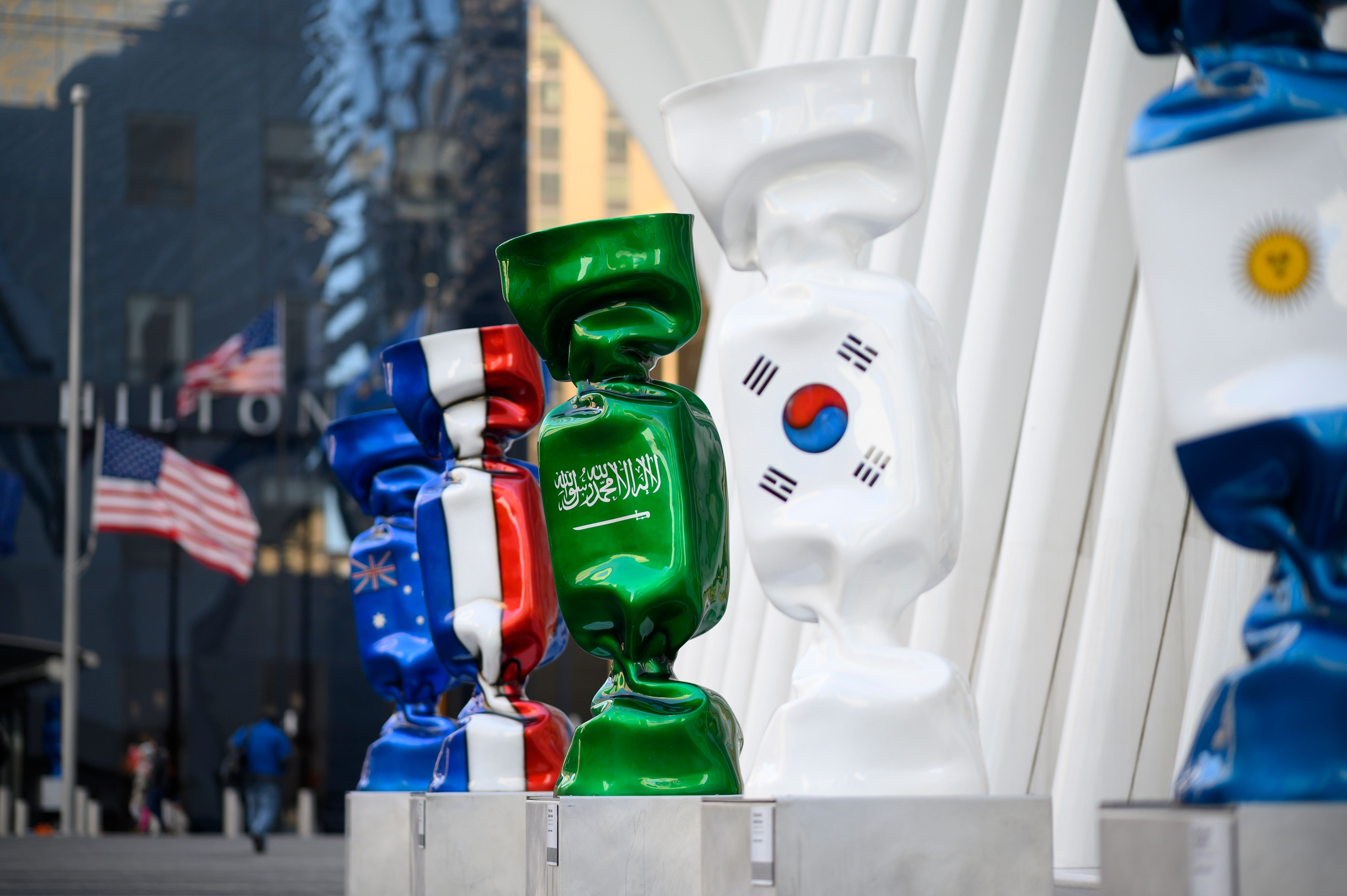 A sculpture with the flag of Saudi Arabia, part of an exhibit called ‘Candy Nations’ is pictured outside next to the Oculus, one of the buildings that replaced the original World Trade Center on January 14, 2019 in New York City. (Photo by Johannes EISELE / AFP)

Many survivors and others affected by the attack were upset and confused with the placement, and are welcoming the decision to relocate the statues to the John F. Kennedy International Airport.

“Having respectfully understood the art component of it, I was offended that Saudi Arabia was represented there, particularly that close to hallowed ground,” said Tim Frolich, who was permanently disabled in the World Trade Center attacks. “There’s no support out there for it from the 9/11 community.”

Jenkell admits it crossed her mind that the statue should be moved to a “less sensitive” location, but “there is no way I can do such a thing as the flag of Saudi Arabia is entirely part of the G20 just like any other candy flag of this Candy Nations show,” he told The Observer. (RELATED: 17 Years later, The 9/11 Death Toll Is Still Growing)

Port Authority, which is responsible for installing the exhibit, gave a statement Monday to The Observer saying the statue will be moved sometime this week.

“We have been in contact with the 9/11 Memorial and various stakeholders, and in full collaboration with the artist, will relocate the exhibit from its current location,” a Port Authority spokesperson said. “We believe this solution respects the unique sensitivities of the site and preserves the artistic integrity of the exhibit.”

A cohort of 16 families affected by the attacks understandably questioned the decision to move the exhibit to an airport “for obvious reasons,” but added in a statement that “surely the sculpture should be nowhere near the site of this mass murder.”