American soldiers are staying put at the U.S.-Mexico border, the Pentagon revealed Monday.

According to an Associated Press report, the military deployment will not only continue until the end of September 2019, but will be enhanced as soldiers and Marines continue to assist the Department of Homeland Security (DHS) in its efforts to reinforce the southern border, including the arrival of more migrant caravans. 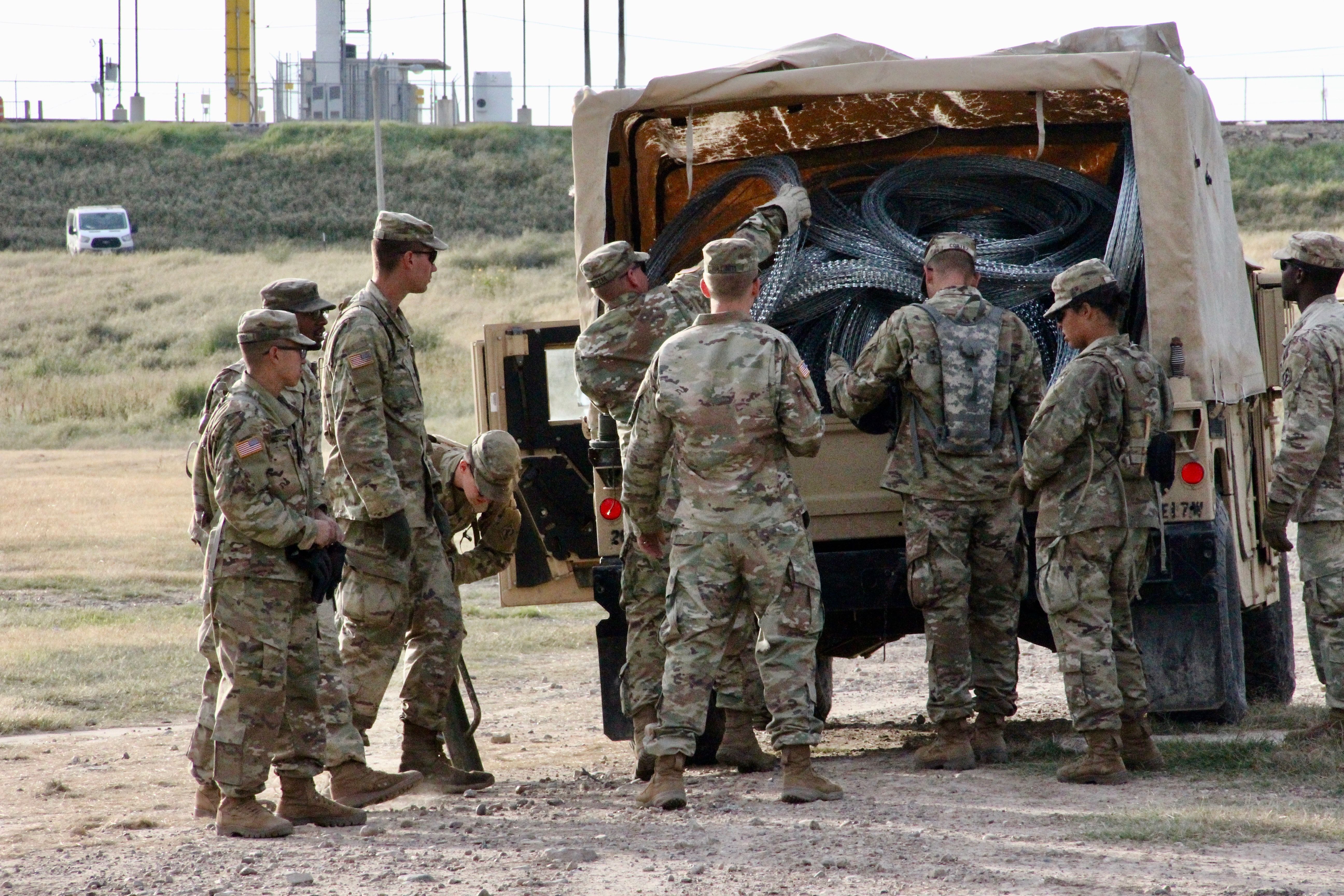 Soldiers from the Kentucky-based 19th Engineer Battalion are unloading a truck full of barbed and concertina-wire work to be deployed in a public park in Laredo, Texas, on Nov, 17, 2018. THOMAS WATKINS/AFP/Getty Images

“DOD (The Department of Defense) is transitioning its support at the southwestern border from hardening ports of entry to mobile surveillance and detection, as well as concertina wire emplacement between ports of entry,” the Pentagon said in a statement carried by the AP report. (RELATED: US Troops,  Border Patrol Prepare For Migrant Caravan By Laying Down Barbed Wire)

Soldiers and Marines have already secured 70 miles of the forbidding wire to discourage migrants from illegally entering the country. President Donald Trump has referred to the sharp deterrent as “a beautiful sight” when it “is used properly.”

An unnamed official, cited by the AP report, who is aware of the particulars of the deployment, could not say how the enhanced mission will affect troop levels in the area. The source confirmed to the AP that Acting Defense Secretary Pat Shanahan has approved the ongoing partnership between DOD and DHS.

U.S. border patrol agents gather to look over the border fence between Mexico and the United States, where they expect a large group of caravan migrants to gather on Sunday, at Border State Park in San Diego, Cal., U.S. Nov. 16, 2018. REUTERS/Mike Blake

Approximately 2,350 active duty troops have been deployed to the border since Oct. 30 in an operation that was supposed to end by Dec. 15. That initial engagement was stretched to the end of January before this latest decision to keep the military personnel on-scene until at least the end of September.

Trump views the deployment of troops as one weapon in his arsenal to protect the border and dissuade migrant caravans from approaching it. They are authorized to use “lethal force” to defend themselves against attack. (RELATED: Another Migrant Caravan Sets Out For US Border)

Although the military is directed by law to focus on extra-territorial threats, it can be tasked to aid the civil power to provide emergency relief or security powers.