William Barr may have made news by testifying on Monday before the Senate Judiciary Committee hearing on his nomination to be United States attorney general, but it was his grandson, Liam, who stole the show when his handwritten notes to his grandfather were photographed and posted to Reuters.

If you have kids, you know these are the BEST photos of the month. Attorney general nominee Bill Barr’s young grandson, Liam, had a notepad during today’s confirmation hearing. (Photos: @Reuters) pic.twitter.com/bFotPCgwzR

“Dear Grandpa,” Liam Daly wrote. “I love you so much. You are doing great so far. But I know you s[t]ill will. I am having so much fun. Love Liam.”

Liam’s PS then offered some wise understanding far beyond his years:

“PS I think Russia’s people are fine. It is the government [that] is the problem.”

The photos of the notes written by Barr’s grandson were captured by Reuters photographer Jonathan Ernst. (RELATED: ‘I Don’t Need The Title’: Trump’s Attorney General Nominee Gets In Terse Back And Forth With Mazie Hirono) 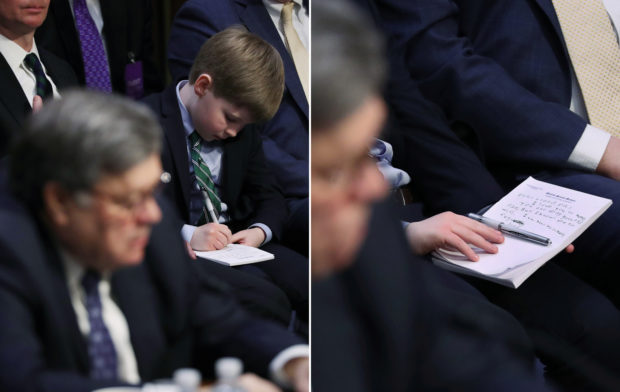 A comination of two photos shows William Barr’s grandson Liam writing a note to his grandfather (Left photo) and then holding the note in his lap (Right photo) as Barr testifies before a Senate Judiciary Committee hearing on his nomination to be attorney general of the United States on Capitol Hill in Washington, U.S., January 15, 2019. REUTERS/Jonathan Ernst 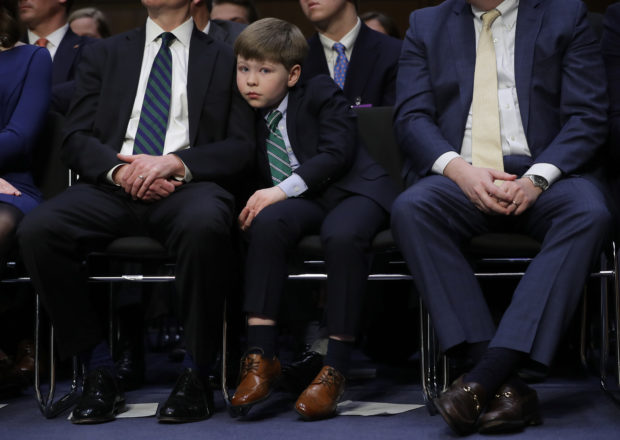