Billionaire Tom Steyer’s political action group has apparently not fully bought on to the so-called Green New Deal even as other environmental groups jump on board, The New Republic reported Tuesday.

NextGen America is among a slew of activist groups, including the Sierra Club and the Natural Resources Defense Council, that did not sign a letter imploring lawmakers take up a new campaign to tackle climate change, the report notes. More than 600 environmental groups signed the letter.

“There was a big effort to get signatures, and it’s great to see activists pushing for a Green New Deal with the urgency and scale climate change requires,” a representative for one of the groups that didn’t sign the letter told reporters. “But the details matter … There is some language that gave us some concern.”

NextGen America, which Steyer heavily finances, has not yet responded to The Daily Caller News Foundation’s request for comment about its reasons for not signing the broad proposal, which includes promises to avoid market-based ideas like carbon taxes.

The GND is staring to gain ground in Congress. Democratic lawmakers are increasingly lining up behind the deal, which is largely the brainchild of Democratic New York Rep. Alexandria Ocasio-Cortez, a former bartender who managed to defeat former Rep. Joe Crowley. 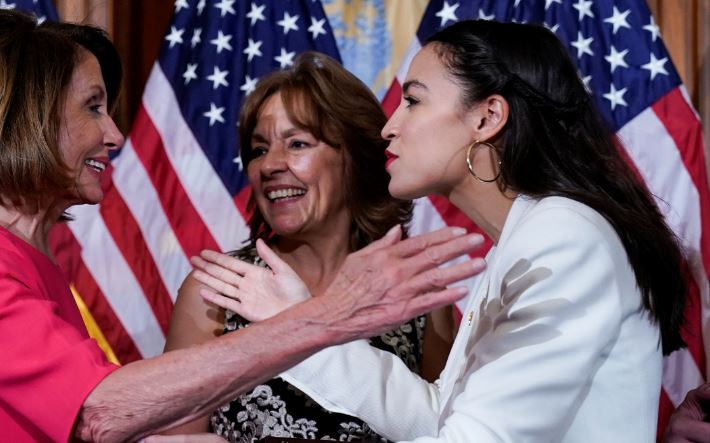 One of the groups that refused to sign noted any plan that does not include a cap-and-trade system is a non-starter. (RELATED: Ocasio-Cortez’s ‘Green New Deal’ Would Avert A ‘Barely Detectable’ Amount Of Global Warming. That’s According To EPA’s Climate Model)

The letter characterized such plans as “corporate schemes that place profits over community burdens and benefits,” Dominique Browning, the co-founder of Mom’s Clean Air Force, one of the groups that declined to sign, told reporters. “Equity and environmental integrity factors could be built into those mechanisms.”

The price is also a sticking point for many Republicans. Reports show one of the GND’s chief financial instruments — higher taxes on the wealthy — likely won’t be enough to fund the plan. Democrats argued in the past that carbon taxes can raise more government revenue while cutting emissions.

The Congressional Budget Office (CBO) reported in December that a $25-per-ton carbon tax would raise about $1 trillion in revenue over a decade, which is less than half the $2.3 trillion conservative groups estimate it would cost to meet the Green New Deal’s main goal.