Police showed up Wednesday at R. Kelly’s studio in Chicago, but it reportedly doesn’t have to do with the numerous sexual misconduct allegations against the singer.

According to TMZ, the 52-year-old singer’s recent troubles stem from his warehouse allegedly being used as a place of residence. Cops reportedly showed up to the building with Cook County Building and the Zoning Dept. (RELATED: Fans Don’t React To R. Kelly’s Boycott Over Sexual Abuse Allegations The Way You’d Expect) 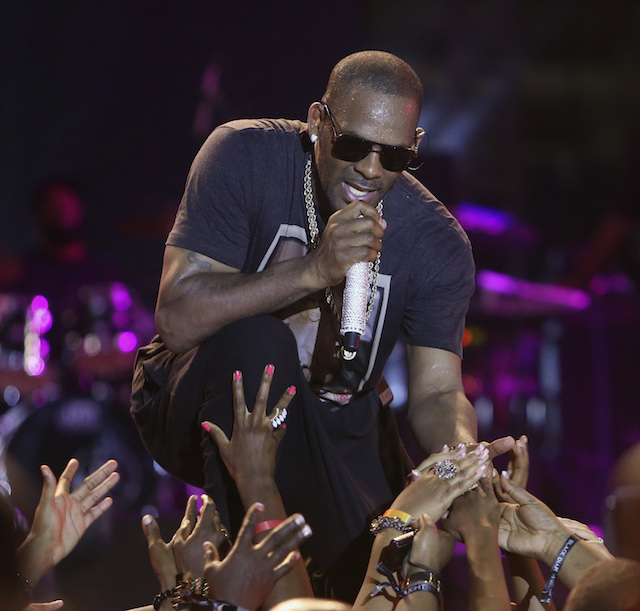 Singer R. Kelly reaches out to fans as he performs during the Red Light Concert series at the Hasely Crawford Stadium in Port-of-Spain, November 2, 2013. REUTERS/Andrea De Silva

“City inspectors have arrived at the warehouse rented by R. Kelly,” a Chicago Sun-Times reporter tweeted, along with a clip of all the action.

City inspectors have arrived at the warehouse rented by R. Kelly pic.twitter.com/C4mfOg9pFv

Several inspectors from the city Department of Buildings finally gained access to the Near West Side warehouse rented by singer R. Kelly this afternoon, @samjcharles reports. https://t.co/OJug0eL1KS

Inspectors just finished up and have left. They were here for an hour

The problem appears to stem from the fact that the warehouse, rented by the “Bump N’ Grind” hitmaker, is zoned for industrial use only and not residential, which would be against city codes.

As previously reported, the performer made headlines recently following the Lifetime docuseries titled, “Surviving R. Kelly,” that focuses on a variety of domestic and sexual abuse allegations from several of the singer’s accusers. It follows other reports that he allegedly held women and girls against their will in a “sex cult.”

In response, performers like Lady Gaga and Chance The Rapper, among others, have pulled their collabs with Kelly off streaming sites.