Democrats in the House want to rollback pro-life legislation by repealing the Hyde Amendment and forcing taxpayers to fund abortions.

As the Washington Examiner reports, the Democrats, who now have a majority in the House of Representatives, held a news conference Tuesday to reiterate their demand to repeal the Hyde Amendment and neutralize other pro-life measures.

“I believe that for the first time, maybe in our nation’s history, we actually have a pro-choice majority in the U.S. House of Representatives,” Colorado Democratic Rep. Diana DeGette told reporters. (RELATED: House Democrats Trying To Restore Funding For Overseas Abortions)

DeGette was not alone. With her was Planned Parenthood President Dr. Leana Wen and members of the Pro-Choice Caucus, a legislative club for congressmen and senators who support abortion. They announced they would be sponsoring the Each Woman Act, a bill to undo the Hyde Amendment — a seminal piece of pro-life legislation that prevents federal funding for any abortions outside of those followed by rape, incest or the potential harming of the mother.

Pro-life advocates are certain to vigorously oppose any move to alter the status quo. Tony Perkins, president of the Family Resource Council, one of America’s foremost pro-life advocacy groups, told The Daily Caller Wednesday that the issue “show the contrast that has developed between the two parties and how extreme the Democratic Party has become.”

But Perkins says the desire to repeal Hyde is not just about being “pro-choice. This is about identured servitude, forcing every American to underwrite and pay for abortions — whether that goes against your religious convictions or not … they don’t just believe you have a right to an abortion but that you have right to have somebody pay for it.”

Planned Parenthood has been the subject of taxpayer-funding debate in the past. Arguing for “reproductive rights,” she insisted on Tuesday that abortion was “siloed, stigmatized, and attacked in a way that no other part of healthcare is.” (RELATED: Manchin Joins Red State Dems To Keep Funding For Planned Parenthood) 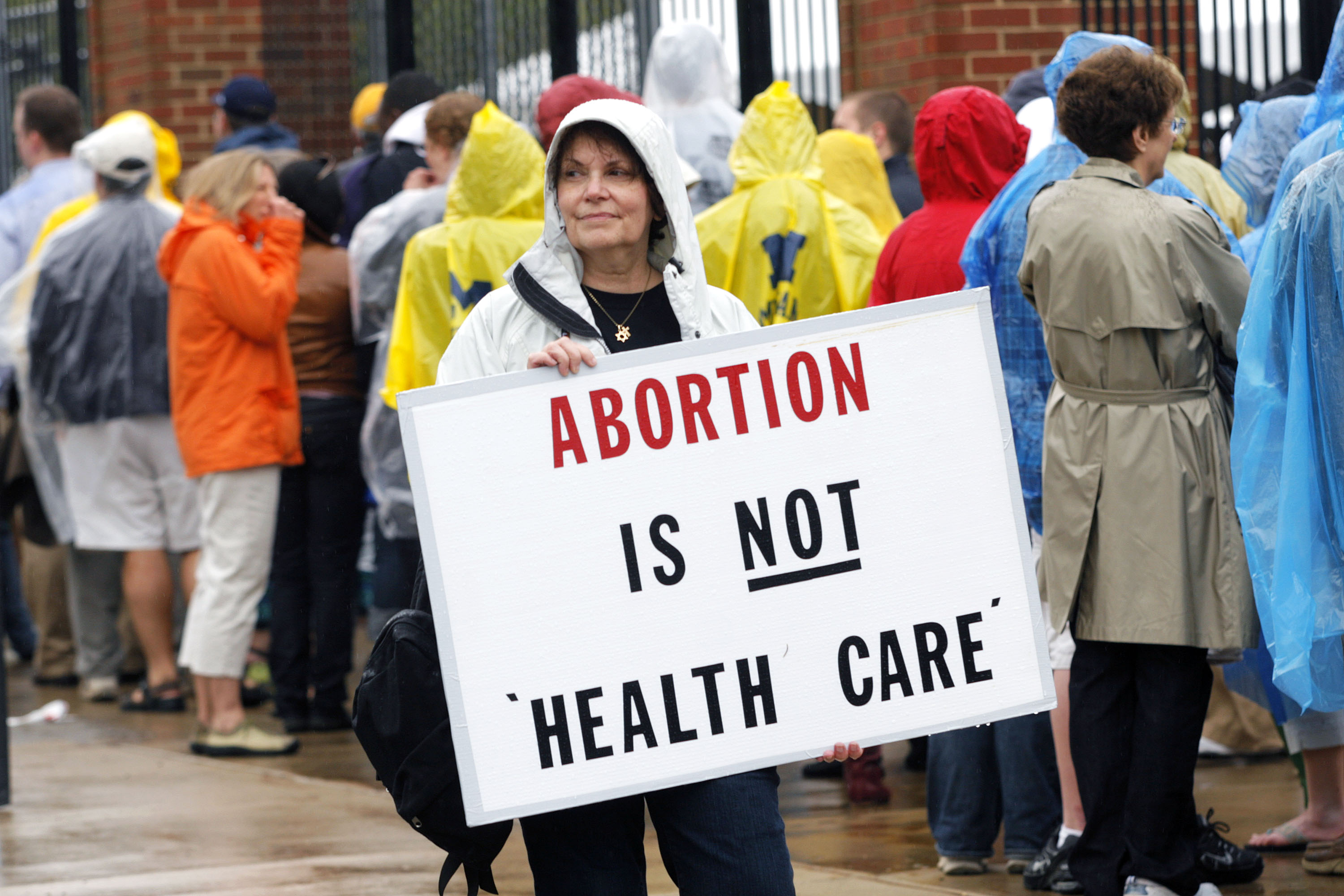 A protestor holds up an anti abortion sign outside the University of Michigan Stadium as people line up to get in to hear U.S. President Barack Obama’s commencement address May 1, 2010 in Ann Arbor, Mich. (Photo by Bill Pugliano/Getty Images)

Shortly after being appointed to her post, Wen declared that Planned Parenthood’s mandate was all “about saving people’s lives.” Her organization is critically examined in a new film entitled “Unplanned,” which depicts the organization as an abortion-referral service and describes the work of clinic director Abby Johnson — who ultimately would join the pro-life movement.

Perkins told The Daily Caller that he doesn’t see the Democratic Party coming closer to “sanity” in the future, “not when you look at the line-up of who wants to lead that party,” he said.