An associate of Joaquin “El Chapo” Guzman has testified that the murderous drug lord once gave a massive bribe to former Mexican President Enrique Peña Nieto.

Testifying Tuesday in the Federal District Court in Brooklyn, Alex Cifuentes, a Colombian trafficker who says he was El Chapo’s right-hand man for years, claimed the drug kingpin doled out a $100 million bribe to Mr. Peña Nieto back in 2012. Peña Nieto, who served as Mexico’s president from 2012 to 2018, originally asked for $250 million, but settled for $100 million, according to Cifuentes’ testimony.

Cifuentes spent two years with El Chapo in the Sinaloan mountains as they evaded capture from the Mexican military. During that time, the drug lord allegedly dished out details of his past activities and dealings.

The bribe, according to the aide, went down in October 2012, when Nieto was the president-elect at the time. Nieto allegedly reached out to  El Chapo, telling him that he “didn’t need to stay in hiding” if he handed over the money.

“Yes, that very thing is what Joaquin told me,” Cifuentes said Tuesday in response to inquiry by defense attorney Jeffrey Lichtman.

Nieto has yet to respond to the allegation. 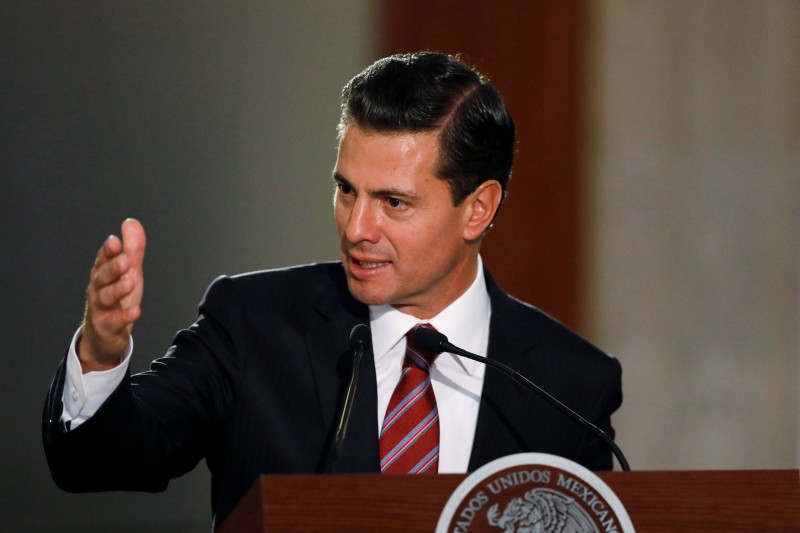 El Chapo was the leader of the Sinaloa Cartel, where he became internationally known for pushing billions of dollars of cocaine, marijuana, heroin and methamphetamine into the U.S.  The U.S. Justice Department described his outfit as “one of the world’s most prolific, violent and powerful drug cartels.” (RELATED: Ted Cruz Explains How He’s Going To Make El Chapo Pay For The Border Wall)

After repeatedly breaking out of Mexican prisons, the 61-year-old drug lord was recaptured in 2016 and later extradited to the U.S. in 2017 to face a litany of charges, which include conspiring to murder rivals, money laundering, gun charges, and drug trafficking.

El Chapo, who faces a life sentence, has pleaded not guilty.