Democratic Sens. Kirsten Gillibrand and Kamala Harris will not be in attendance at the upcoming Women’s March in Washington D.C. amid the organization’s ongoing battle against accusations of anti-Semitism while they are both contemplating running for president.

A representative from Harris’s office told Buzzfeed News that she would not be there despite speaking at the first Women’s March back in 2017. Gillibrand, who has also spoken at the Women’s March events previously, will reportedly be traveling to Iowa over the weekend.

The leaders of the Women’s March have been fighting against allegations of anti-Semitism for months. At first, Tamika Mallory and Linda Sarsour were criticized for their ties to the Nation of Islam and their leader Louis Farrakhan, who is a known anti-Semite. Back in October, Farrakhan compared Jewish people to termites.

Mallory was recently asked about her ties to Farrakhan during an appearance on ABC’s “The View,” and she refused to condemn his remarks. When specifically asked to do so, she responded, “I don’t agree with these at the end of the day…” 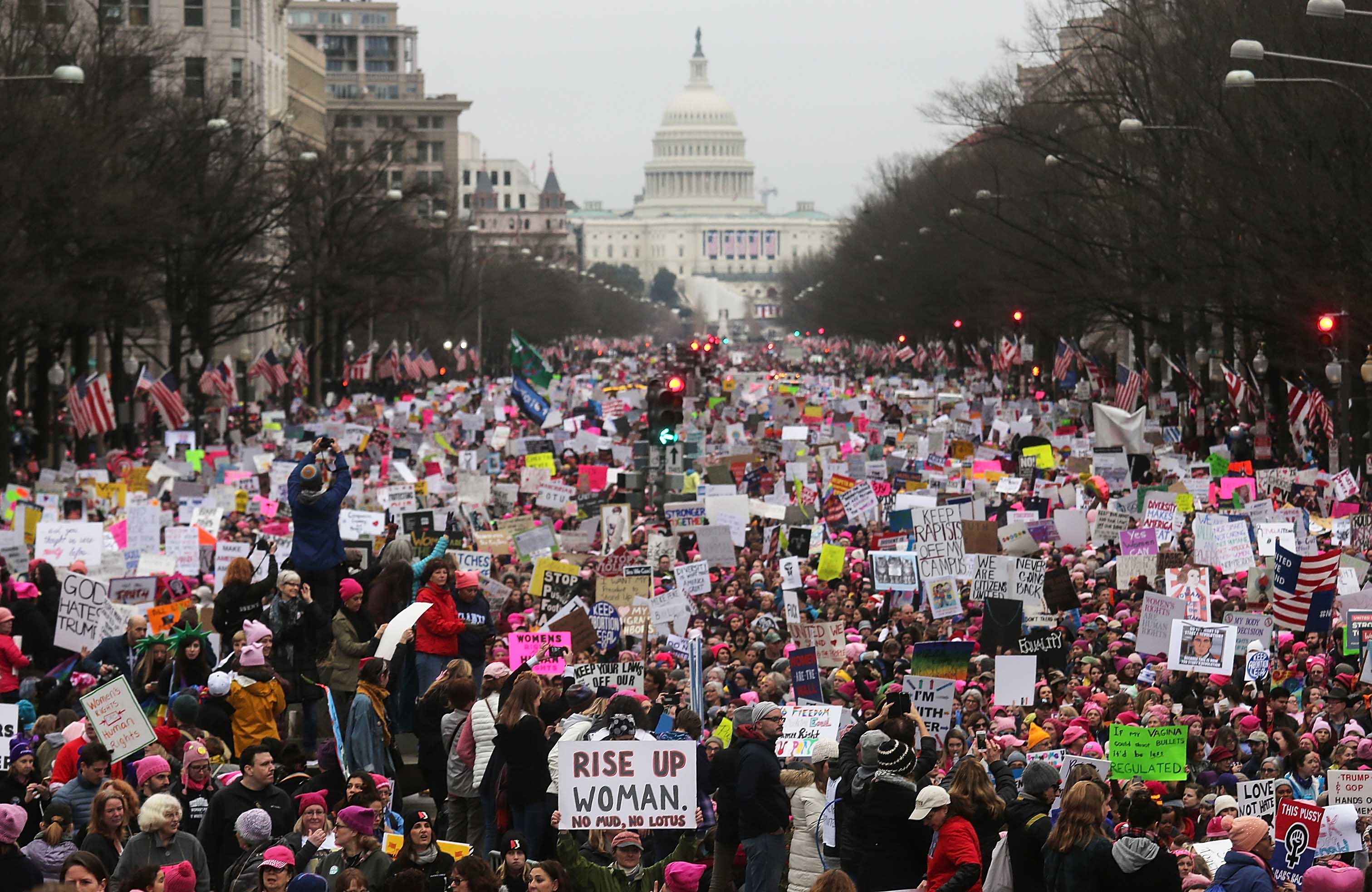 WASHINGTON, DC – JANUARY 21: Protesters walk during the WomenÕs March on Washington, with the U.S. Capitol in the background, on January 21, 2017 in Washington, DC. Large crowds are attending the anti-Trump rally a day after U.S. President Donald Trump was sworn in as the 45th U.S. president. (Photo by Mario Tama/Getty Images)

Last month, Tablet Magazine released an investigative report that revealed explicit examples of anti-Semitic comments made during the first meeting between the founders of the march. Perez and Mallory reportedly accosted a Jewish woman in attendance at the planners’ first meeting over an anti-Semitic claim that was pushed by Nation of Islam Leader Louis Farrakhan, despite being proven false. (RELATED: REPORT: Women’s March Full Of Anti-Semites, Has Ties To Nation Of Islam)

With the march less than a week away, the Democratic National Committee is also distancing themselves from the organization. They previously were labeled as one of the sponsors of the event, but that’s no longer the case.

On Tuesday, Gillibrand announced the formation of an exploratory committee for her to run to be the next President of the United States. Harris has not yet made a formal announcement on whether or not she’ll run for president.

UPDATE: According to Brianne Pfannenstiel, a reporter for the Des Moines Register, Gillibrand will speak at the march in Iowa.