Heather Locklear has reportedly split with her boyfriend Chris Heisser and it’s all in an attempt to be focused on what’s most important to her — and that’s “her sobriety.”

“By her making this move, it gives her a great reset button on what is most important and that is her sobriety,” a friend of the 57-year-old actress reportedly told People magazine Tuesday. (RELATED: Heather Locklear Resurfaces In A Bikini After Reportedly Entering Rehab Again) 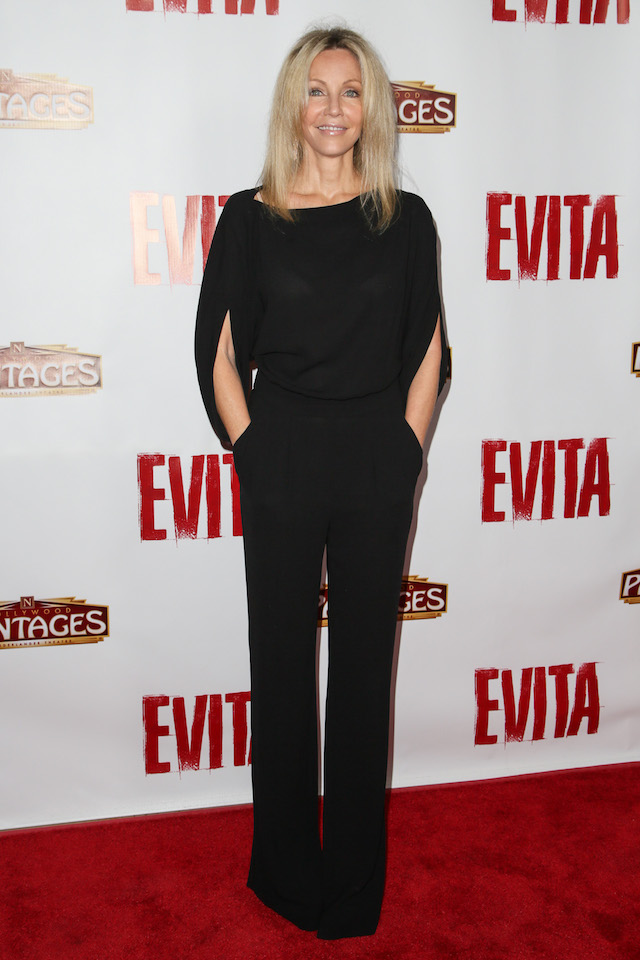 Actress Heather Locklear arrives at the opening night red carpet for “Evita” at the Pantages Theatre on October 24, 2013 in Hollywood, California. (Photo by Chelsea Lauren/Getty Images for The Pantages Theatre)

The friend continued, “Heather needs grounding and normalcy and what better people to do that than her own parents. It’s a good thing in the end.”

The source explained that Heisser, “did not help her [Locklear] sustain her goals of sobriety.”

“She set goals of sobriety two years ago and those were not working with him in the picture,” the friend added. “She has a new focus and her sole focus is on herself.”

The friend continued, “This comes as good news to everyone who’s close to her. Everyone is pulling for the old Heather to rebound.”

The celebrity couple first reconnected in 2016 and made their relationship public the following year.

The “Dynasty” actress made headlines throughout 2018 with reports of police being called to her home for several domestic disturbances followed by reports Locklear had been hospitalized for a possible overdose. She reportedly entered a treatment facility for “substance abuse and mental health” shortly afterward and sources claimed that she was put on a psychiatric hold in November.

1
New York Times Ripped For Describing Trump's Mount Rushmore Speech As 'Dark And Divisive'
Media
2
Trump Announces Creation Of New National Monument –– Here's What It Is
US
3
19 Names The Redskins Could Adopt Just To Piss Off The Woke Mob
Sports
4
A 'Mini-Switzerland': This US State Is Becoming A Haven For Tax Evaders
US
5
Protesters Slash Tires, Block Roads At Mount Rushmore Ahead Of Trump's Fourth Of July Event
US