Republican Oklahoma Sen. Jim Inhofe showed his support for the men and women who will be participating Friday in the March for Life by reflecting on the decades that he has advocated for the unborn.

“More than 100,000 people and families will join together in the March for Life … they will brave the cold — it’s supposed to be sleet and very bad weather out there — for one simple reason: to give voice to the voiceless,” Inhofe said Wednesday in a floor speech. “The unborn are the most vulnerable among us, but are still deserving of the right to life.”

“Jeremiah 1:5 says, ‘Before I formed you in the womb I knew you; before you were born I sanctified you,'” Inhofe continued. “To everyone who comes to the March for Life, know that we hear you and we are standing with you, just as we have in the past.”

Recalling a floor speech that he gave nearly 30 years earlier, Inhofe shared the story of Ana Rosa Rodriguez, a woman who survived a botched abortion, which, in the process, ripped off her arm.

“It is amazing that we can pay so much attention to issues such as human rights abroad and can allow the violent destruction of over 26 million children here at home,” the Oklahoma senator said. “That was in 1992. But today, we still don’t have federal protections for the babies who survive the brutal abortion process.”

Inhofe also retold a speech that he gave on the Senate floor in 1997 while he was rallying support with former Pennsylvania Sen. Rick Santorum to pass legislation banning partial birth abortions. (RELATED: James Inhofe To Propose Bill Subverting Illegal Aliens From Fleeing Into The U.S.)

“Maybe there are senators out there who are not really into this issue and they might want to vote the party line, or they might want to say, ‘Well, maybe there aren’t as many of these procedures out there,’ so they just really are not knowledgeable of the subject,” Inhofe said. “So, I will read Proverbs 24: 11 and 12: ‘Rescue those who are unjustly sentenced to death. Don’t stand back and let them die. Don’t try to disclaim responsibility by saying you didn’t know about it, for God knows. Who knows all hearts knows yours, and He knew that you know.'” 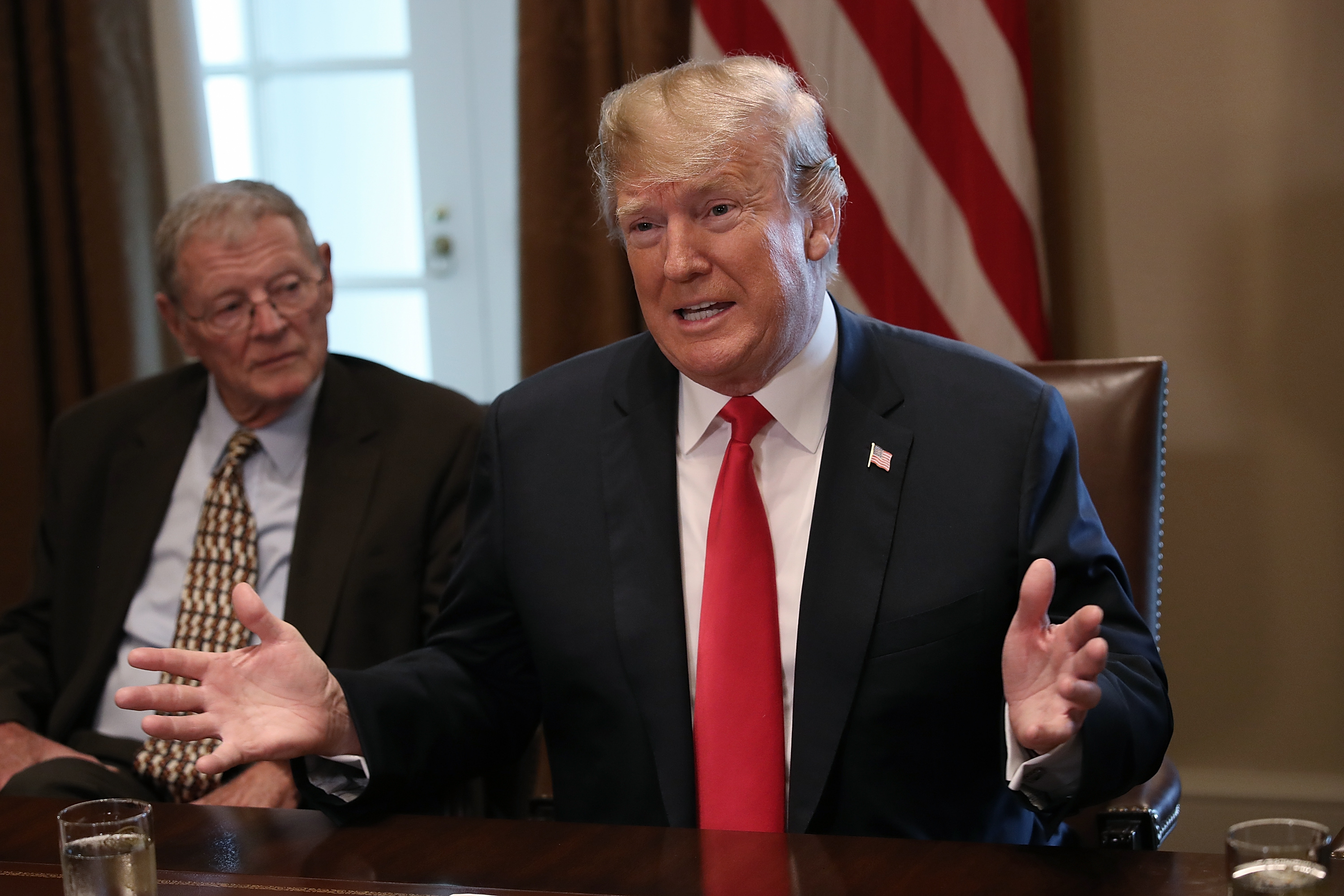 “There is still much more we need to do to end the abortion on demand culture,” he continued. “President [Donald] Trump gets this. He was the first sitting president to speak at March for Life, but his administration has made real progress to advancing the pro-life agenda.”

“We’re ready to start saving lives instead of taking the most vulnerable little lives,” Inhofe said. “And we’re ready now.”