A new poll conducted by The Hill-HarrisX indicates a broad degree of support for Ocasio-Cortez’s proposal to increase the upper tax bracket in the United States to 70 percent — something she claims is nothing new for America. The poll found that, overall, 59 percent of voters agree with the idea. Women approved by a 62-38 margin, men by 55-45 and Independents 60-40 and registered Democrats by 70-30. 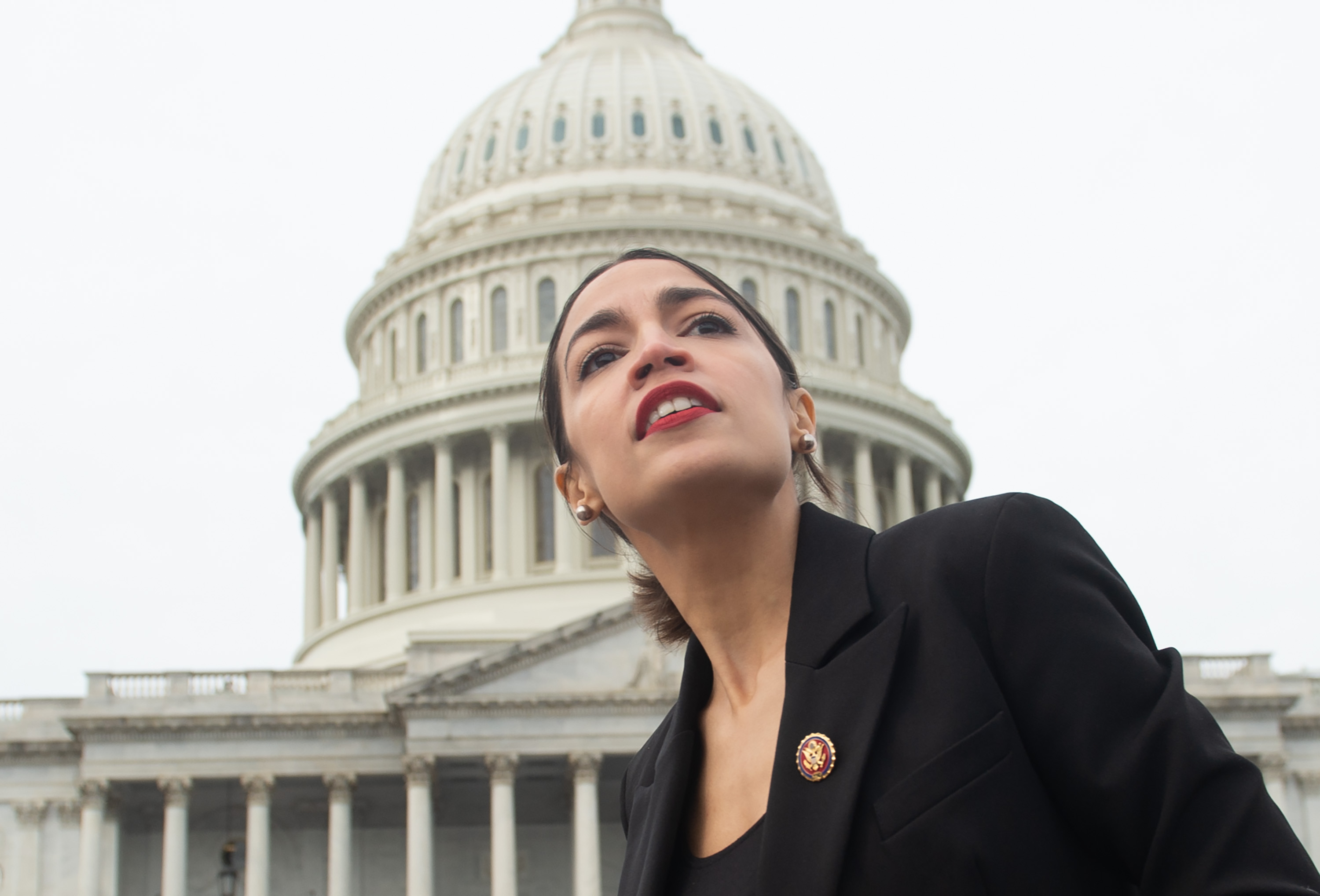 US Representative Alexandria Ocasio-Cortez, Democrat of New York, leaves a photo opportunity with the female Democratic members of the 116th US House of Representatives outside the US Capitol in Washington, DC, Jan. 4, 2019. (Photo by SAUL LOEB/AFP/Getty Images)

Even in the conservative South, 57 percent of voters agreed with the tax proposal. Only among Republicans were a majority opposed to the measure — 55 percent against and 45 percent for.

Ocasio-Cortez wants to raise taxes to pay for her “Green New Deal,” a fiscal juggernaut ostensibly aimed at fighting climate change that could dwarf Great Society expenditures. She spoke about the tax recently on CBS’s “60 Minutes” and discussed some of her policy proposals as well as her tendency to be factually incorrect — something she said was remedied by her being “morally right.” (RELATED: Ocasio-Cortez Says Better To Be Morally Right Than Factually Correct)

In the interview, Ocasio-Cortez insisted that the richest Americans had once been subject to a 90 percent tax rate — although she did not mention that liberal tax deductions of the era had alleviated that burden.

“That doesn’t mean all $10 million are taxed at an extremely high rate, but it means that as you climb up this ladder you should be contributing more,” she said. (RELATED: Ocasio-Cortez Runs When Asked If She’ll Forego Salary During Shutdown)

The Hill-HarrisX completed their online survey from Jan. 12-13 among registered voters and it has a margin of error of plus or minus 3.1 percent.