A judge acquitted three Chicago police officers accused of falsifying reports regarding the 2014 shooting of Laquan McDonald Thursday, months after the officer who shot McDonald was convicted of murder.

Former Detective David March, former Officer Joseph Walsh and Officer Thomas Gaffney were accused of intentionally submitting false reports to protect their colleague, former Officer Jason Van Dyke. Judge Domenica Stephenson found all three not guilty, arguing the prosecution had failed to prove the conspiracy beyond reasonable doubt, CNN reported. All three officers reported that McDonald, a teen, had lunged at Van Dyke with a knife before being fired upon. Dashcam footage of the incident contradicted that version of events.

“We are here because these officers and others tried to make the case against Van Dyke go away,” Special Prosecutor Patricia Brown Holmes said during trial. “Laquan McDonald was a human being. He deserved due process in the law and not to have police officers write false reports and shape a false narrative to justify his killing.” (RELATED: White Officer Pleads Not-Guilty In Shooting Of Black Teen) 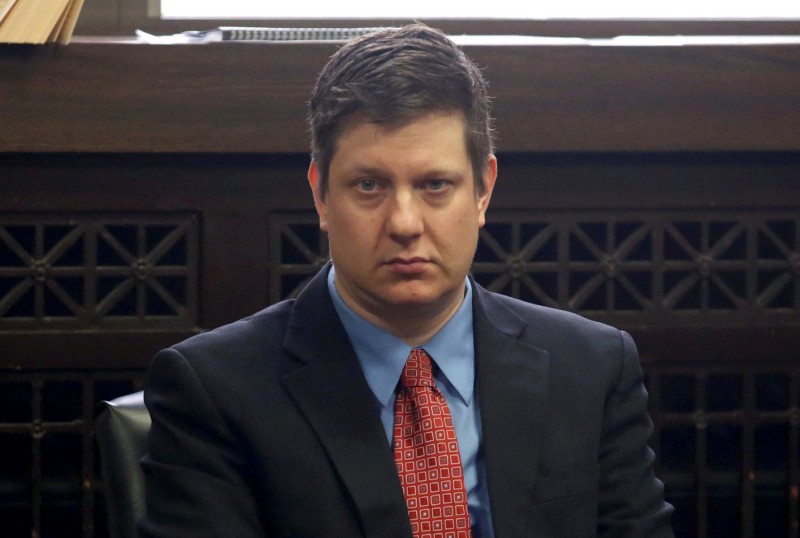 At around 10 p.m. on Oct. 20, 2014, police were called to investigate reports that McDonald was wielding a knife and breaking into vehicles. When confronted, McDonald reportedly slashed the tires of a police car and damaged its windshield, according to the officers, and refused to give up his blade. While awaiting an officer to arrive with a Taser, Van Dyke shot McDonald, according to testimony. McDonald was taken to Mount Sinai Hospital and pronounced dead at 10:42 p.m. Van Dyke was convicted of second-degree murder in October 2018.

Officer Dora Fontaine testified March had instructed her to report that McDonald had threatened officers at the scene, despite her not seeing that occur.

“Other officers were calling me a rat, a snitch, a traitor, they wouldn’t back me up,” she testified. “If I was on a call-in and needed assistance, some officers felt strong enough to say that I didn’t deserve to be helped.”