Just six weeks of the ongoing war in Afghanistan could cover the entire cost of the wall proposed by President Donald Trump.

The president has asked Congress for $5.7 billion to fund border security — some of which, he says, would include a wall or barrier system with steel slats.

A design of our Steel Slat Barrier which is totally effective while at the same time beautiful! pic.twitter.com/sGltXh0cu9

According to a report from The Hill in early 2018, the Pentagon estimated $45 billion would be spent to fund military action in Afghanistan over the course of a year. That funding would go to support American forces in Afghanistan ($13 billion), Afghan forces ($5 billion), $780 million for humanitarian and economic aid and the balance would be applied to logistics. 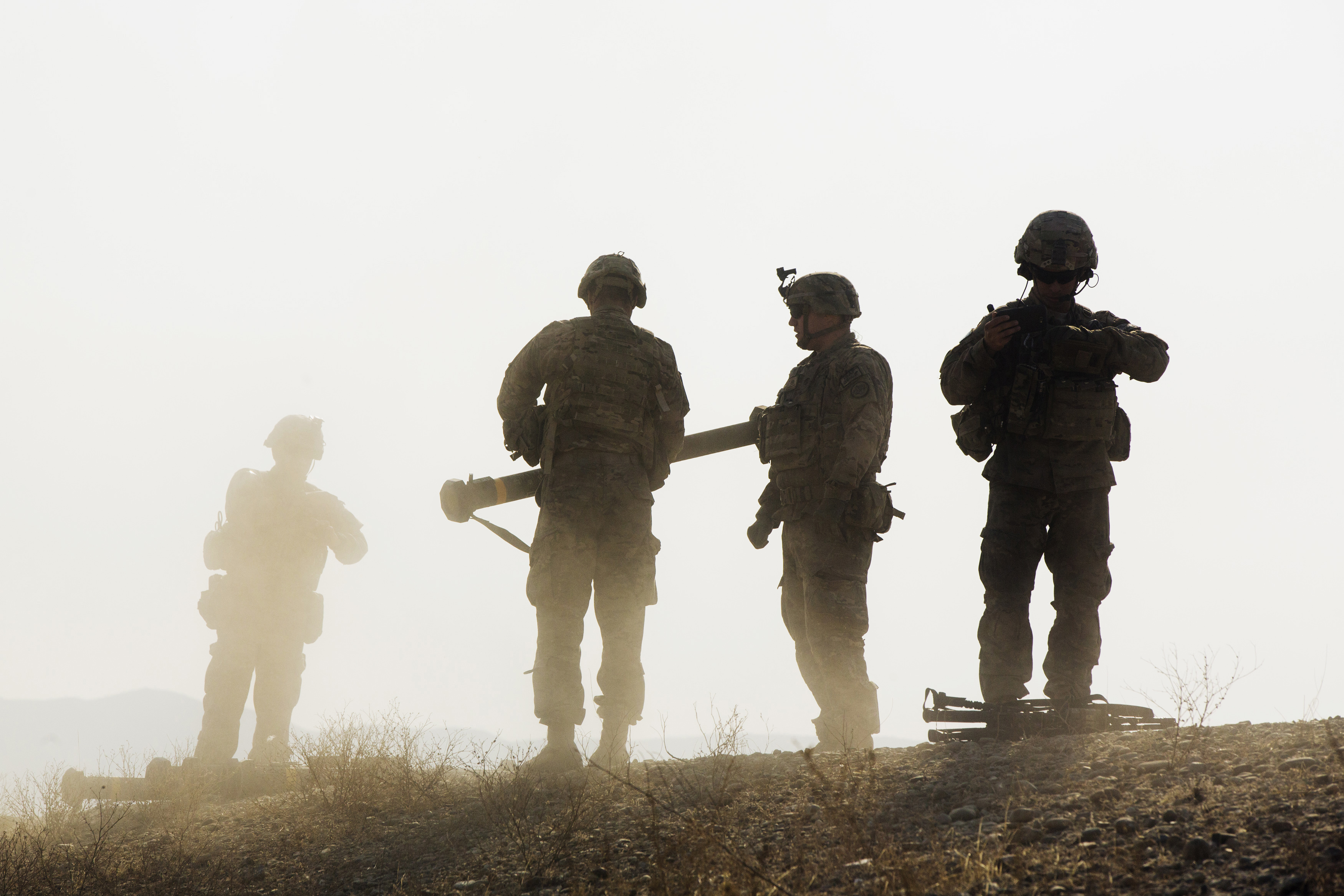 U.S. soldiers from D Troop of the 3rd Cavalry Regiment walk on a hill after finishing with a training exercise near forward operating base Gamberi in the Laghman province of Afghanistan December 30, 2014. REUTERS/Lucas Jackson

As Democrats rebuff his attempts to include border security and wall funding in negotiations to reopen the government, the president has said on a number of occasions that he would consider declaring a state of emergency with regard to securing that funding.

He has claimed that such a declaration would allow him to use the military — and funding that has been appropriated for national security concerns — to begin construction without congressional action. (RELATED: Trump Warns Democrats Of National Emergency If Shutdown Deal Is Not Reached)

Despite his insistence that it can be done, along with encouragement from Republican South Carolina Sen. Lindsey Graham, the president has also conceded that such a move would likely result in a lawsuit that he would lose in the Ninth Circuit but “hopefully” win in the Supreme Court. Given that scenario, he has been firm in his preference that the situation be resolved in Congress — with the possibility of an emergency declaration in his back pocket.

Congressman Adam Smith, the new Chairman of the House Armed Services Committee, just stated, “Yes, there is a provision in law that says a president can declare an emergency. It’s been done a number of times.” No doubt, but let’s get our deal done in Congress!

And coupled with his recent move to bring American troops home from Afghanistan, Trump may be freeing up billions in funding previously allocated to support U.S. troops in country — more than enough to fully fund his proposed wall — especially if he moves toward declaring an emergency.