A team of retired detectives believes a series of deaths that authorities ruled accidental is actually the work of a sophisticated gang of serial killers.

The retired detectives, a group called Global Death Investigations, have given the alleged group of killers a name, the smiley face killers, and say they might be responsible for about 100 deaths since 1997 across the U.S. authorities officially labeled as accidental drownings. The deceased all bear similar profiles: College-aged white males, athletic and intelligent, who never returned from a night out drinking and whose bodies were later found either in a body of water or washed up on shore. (RELATED: 78-Year-Old Murderer Who Could Be America’s Most Prolific Serial Killer Found Guilty In 1994 Cold Case)

The retired detectives assert the alleged gang of killers operate in cells across the country that communicate via the dark web to recruit, choose victims and organize the killings. Of those cases the detectives believe are connected to the group, 70 of the alleged victims were found near the graffiti of particular symbols, including a smiley face, that are specific to the alleged serial killer gang. 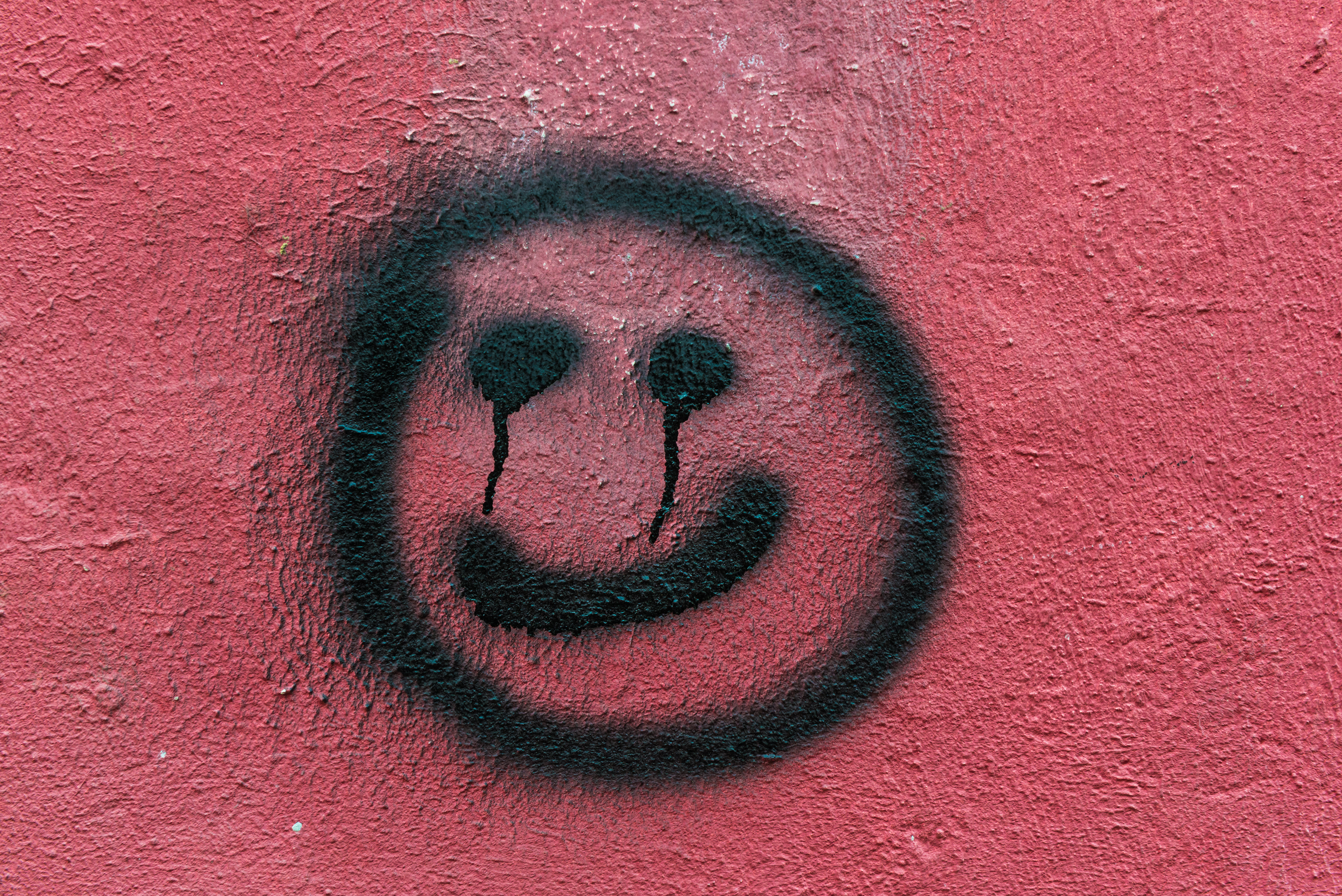 Smiley Face graffiti, like the ones found near where police say Dakota James plunged into the Ohio River. (Shutterstock/ gabriel12)

“To me, this is one of the most dangerous domestic terrorist groups in the United States and somebody needs to pay attention to them,” Kevin Gannon, a retired New York City police sergeant, told The Daily Beast.

“The level of sophistication of the group is a lot greater than we’d imagined. Now we know they communicate with each other on the dark web. We know there’s surveillance and counter-surveillance,” he added.

Professor Lee Gilbertson, who along with Gannon and former NYPD detective Anthony Duarte first brought the smiley face killers theory to law enforcement in 2008, explained that he and his colleagues believe the gang operates in cells, with individuals alternating in and out of action, across dozens of cities.

“There might be 12 in that cell and they go out one night and five of them do this,” he said. “The next time it’s a different five. The way it should be conceived is that it’s the cell that’s the serial [killer] part of it, not necessarily the individuals. Because over time the individuals in the cell will evolve. Some will age out and just keep their mouths shut. Who wants to go to prison?”

Gilbertson also asserted there is a clear pattern among the alleged victims: Their youth and their character as high-achieving individuals. The professor believes that envy of their success may be a factor in their deaths.

“They’re targeting the best of the best. These kids are the best students. They’re the best athletes and they come from the best families,” Gannon said, echoing Gilbertson’s appraisal.

Further complicating the investigation of this alleged group of serial killers, beside their sophisticated methods, is the fact that, according to Gannon and his cohorts, official law enforcement hasn’t displayed any interest in going after the group. All but one of the cases the retired detectives have investigated remain classified as accidental deaths, despite what the detectives say is compelling evidence of foul play in certain cases, like that of Dakota James.

The first red flag in James’s case was a phone call he made to his friend Shelley on the night of Dec. 15, 2016. Shelley said James was sobbing, disoriented and begging for help. He claimed the police would not help him.

He said he was in Pittsburgh’s North Side and sent her a picture of a jean-clad leg saying “I’m here.”

Shelley went to pick him up in her car, but an app tracking his phone showed Shelley that James was actually in the city’s South Side. She tried confirming with him, but he responded with more confusion. Nevertheless, she found his location in less than 10 minutes: a hotel in front of which a dark SUV was parked facing the wrong way in the wrong lane. She saw Dakota exit the hotel and make straight for the dark SUV.

Shelley said James sobbed the whole way home and would not elaborate on what had happened. She noted he was frightened but entirely lucid and did not seem to be drunk or otherwise intoxicated. He said the last thing he remembered was leaving his work Christmas party with co-workers from J.B. Hunt Transport Services Inc. around 7:15 p.m. All else after that was blank.

Shelley offered to take James to the hospital, but he refused. The next day, he brushed off the incident and told her he just had a bad hangover. He disappeared five weeks later after another night of drinking with his co-workers. A woman walking her dog found his body 40 days after that, floating in the Ohio River about 30 feet from shore and 10 miles from where he was last seen in Pittsburgh. 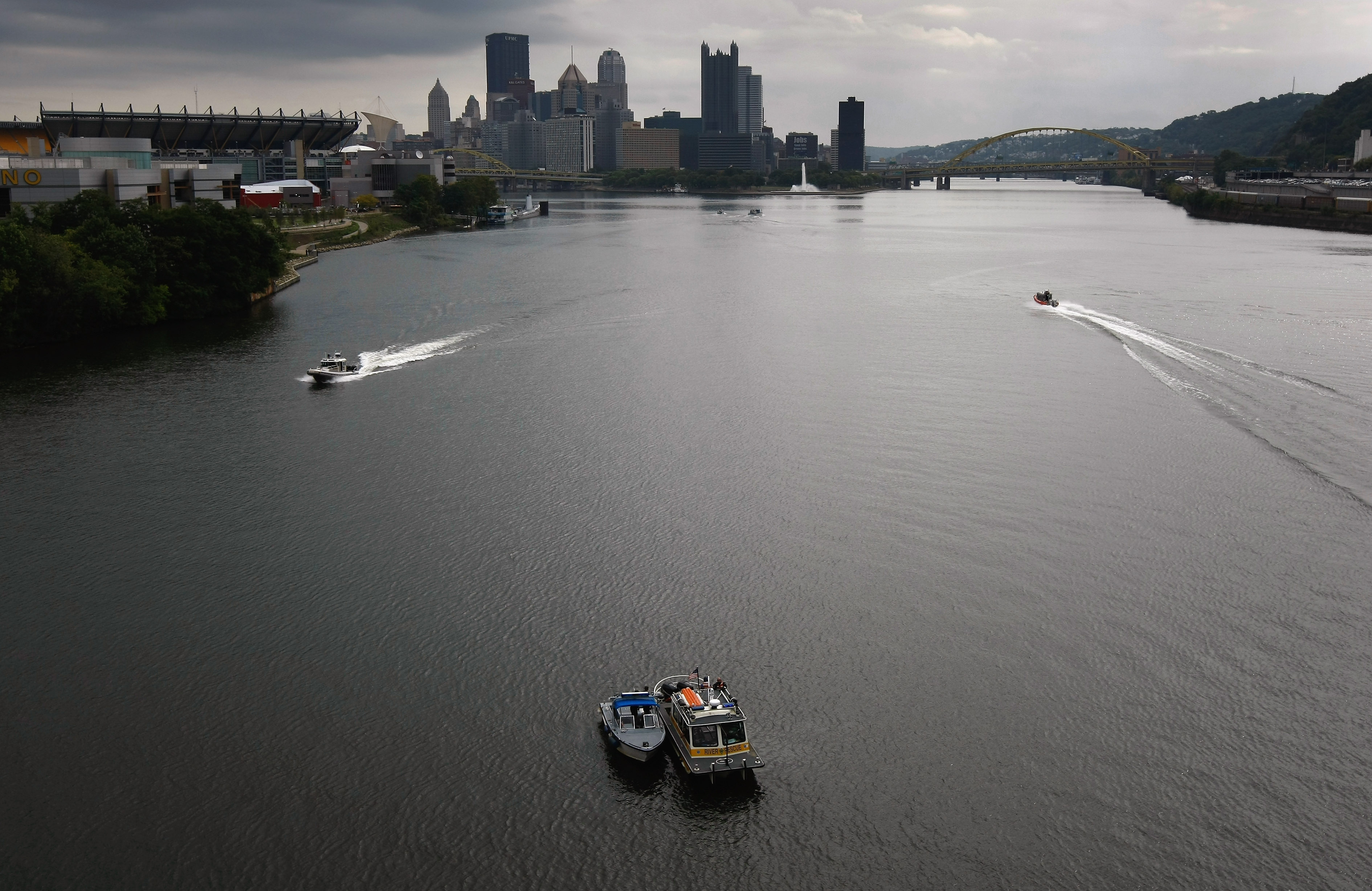 PITTSBURGH – SEPTEMBER 23: Law enforcement boats patrol the Ohio River ahead of the G-20 summit on September 23, 2009 in Pittsburgh, Pennsylvania. Dakota James’ body was found in this river March 6, 2017. (Photo by John Moore/Getty Images)

The Allegheny County Medical Examiner’s Office ruled his death was an accidental drowning, but Gannon, the other retired detectives and a gang expert say the evidence shows otherwise.

Cyril Wecht, a forensic pathologist and former Allegheny County medical examiner who reviewed James’s autopsy report, also said ligature marks appeared to be on his neck, indicating someone strangled him.

Wecht said the marks were “strongly suggestive of and entirely consistent with a ligature having been applied around the neck. This death may have been due to ligature strangulation,” according to Oxygen.

Wecht also noted a “distinct difference in the coloration of the fingernail beds of the fourth and fifth fingers on both the right and left hands,” that “certainly would be consistent with someone reaching up and trying to release the pressure from a ligature that is being applied around their neck.”

In addition, someone used James’s Paypal account two days after he disappeared for an $11.99 transaction.

Detectives also noted 11 smiley-faces spray painted on Roberto Clemente Bridge where police allege James fell into the water, about 10 miles away from where his body was found. The retired detectives say the symbols are usually spray-painted on the first man-made structure that can be seen from where the victims’ bodies are found, though they don’t know if the graffiti was at the bridge before James’s death.

The retired detectives assert they have similar evidence in other cases and they even have suspects, but law enforcement agencies have denounced these claims.

The FBI said in a 2008 statement that, while they had investigated the retired detectives’ claims of the involvement of the smiley face killers, they “have not developed any evidence to support links between these tragic deaths or any evidence substantiating the theory that these deaths are the work of a serial killer or killers.”

“The vast majority of these instances appear to be alcohol-related drownings,” the statement added.

The Center for Homicide Research also denounced the serial killer theory after investigating 40 of the drowning cases.

Gannon, however, remains undeterred, especially in light of the fact that 30 of the young men who died in supposed accidental drownings had the date rape drug GHB in their system, including James, according to their autopsy reports. Several recent victims, including James, had also come out as gay shortly before their disappearances, adding to the supposed pattern.

Gannon’s tenacious investigating also forced law enforcement to reclassify the death of Chris Jenkins, a 21-year old University of Minnesota student, from accidental drowning to homicide. Jenkins’s case remains active and open, but his parents say they have heard little to no progress from law enforcement and don’t even know which officer has been assigned to their son’s case.

Gilbertson argues that if police would investigate the claims more closely, and apply pressure to his colleague’s suspects and leads, the alleged gang would collapse.

“If they did, the network will start to fall apart,” Gilbertson said. “Someone will squeal or snitch. But there’s no reason to now. Everything’s going fine for them.”

As for Gannon, he said he won’t rest until he fulfills the promise he made to the mother of Patrick McNeil in 1997 while working as a detective on the first case he encountered that he believes is connected to the smiley face killers. Patrick disappeared when he was 20 years old after drinking with his friends in Manhattan. His body was found two months later floating in the East River close to the Bay Bridge area of Brooklyn.

Witnesses told Gannon they saw Patrick being closely followed by a couple in a car that night, and Gannon’s appraisal of the site where Patrick supposedly fell into the river cast doubt on law enforcement’s claim he went down to the river to urinate and fell in. The fact that there was hardly any access to the river at the site, and the fact that two more young men disappeared within the subsequent 15 months and were also found in the river, roused Gannon’s suspicions.

Gannon told Jackie McNeil that he wouldn’t quit until he found her son’s killer, and he hasn’t quit yet.