Hollywood took another swipe at President Donald Trump and First Lady Melania Trump when they were mentioned among the 39th annual Razzie Award nominations.

The list released Monday, for the worst films in Hollywood last year, included the first family for their portrayals as themselves in Michael Moore’s anti-Trump documentary titled, “Fahrenheit 11/9” and director Dinesh D’Souza’s “Death of a Nation: Can We Save America a Second Time?” according to Entertainment Weekly. (RELATED: Jane Fonda Wants People To Vote In Midterms Since US Is In ‘Existential Crisis’) 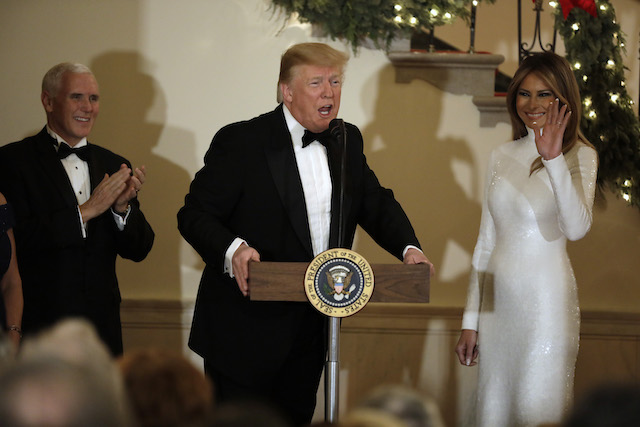 Other celebrities named for Hollywood’s Rasberry awards included Johnny Depp for his voice work in “Sherlock Gnomes,” Will Ferrell’s part in “Holmes & Watson” and Jennifer Garner for her part in “Peppermint.” (RELATED: Chelsea Handler Rips Ivanka Over Claim She Tries ‘To Stay Out Of Politics’)

Here’s part of the list of the actors, actresses, movies and directors who were nominated for the worst work of the year. The full list can be viewed here.

It was just the latest attack on the first lady and Trump from Hollywood and celebrities, which has been non-stop since he was sworn in as president.