President Trump seems to be delivering on his promise to get the U.S. manufacturing industry back on track, saying he has “found the magic wand” for creating the best job growth for manufacturing in 21 years in a Monday tweet.

Last year was the best year for American Manufacturing job growth since 1997, or 21 years. The previous administration said manufacturing will not come back to the U.S., “you would need a magic wand.” I guess I found the MAGIC WAND – and it is only getting better! 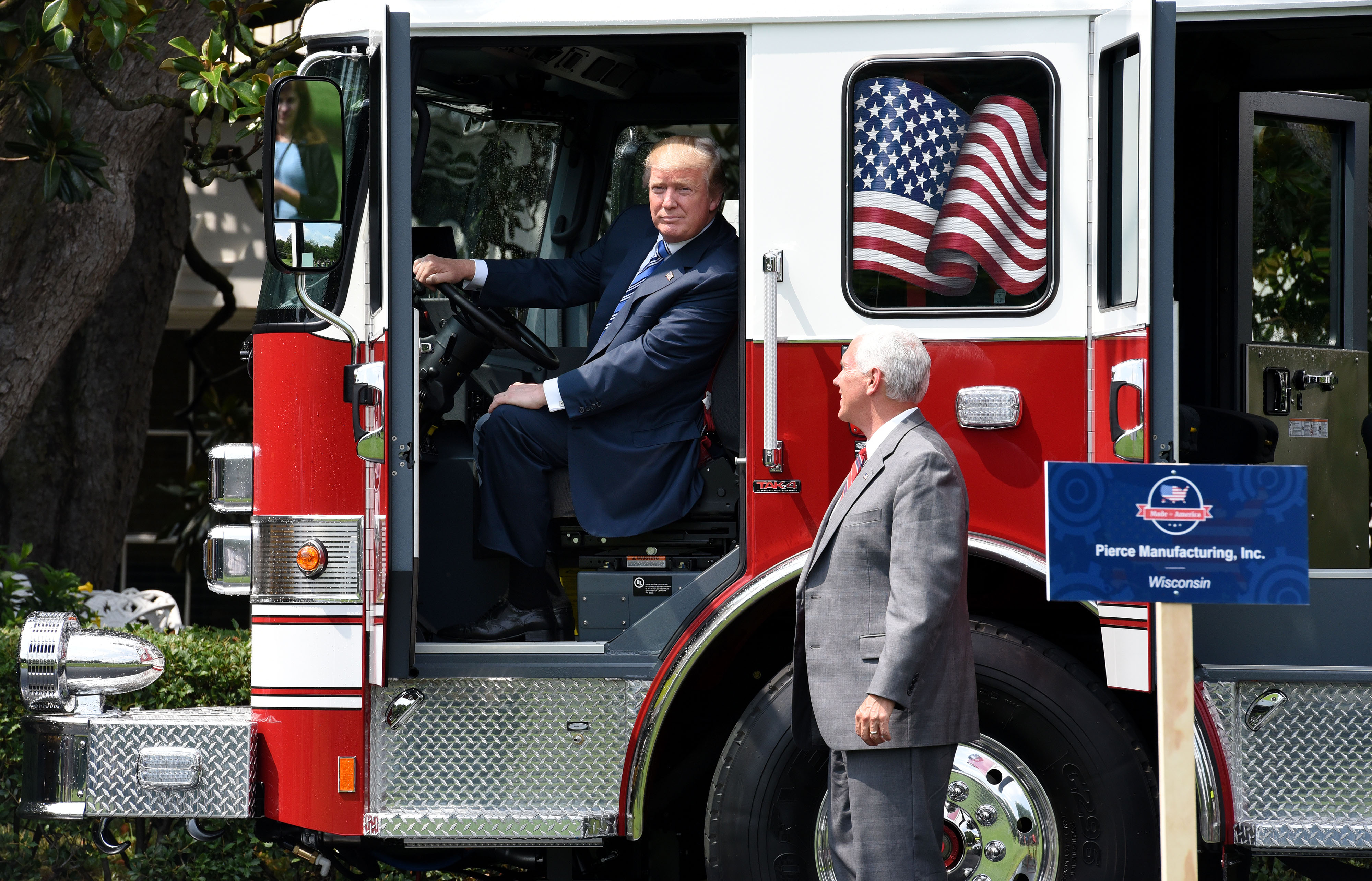 President Donald Trump examines a fire truck from Wisconsin-based manufacturer Pierce as Vice President Mike Pence looks on during a “Made in America” product showcase event on the South Lawn at the White House in Washington, DC, on July 17, 2017. / AFP PHOTO / Olivier Douliery (Photo credit should read OLIVIER DOULIERY/AFP/Getty Images)

“Manufacturers are bringing people back into the workforce, and we need this trend to continue,” said Dr. Chad Moutray, chief economist for the National Association of Manufacturers (NAM), in an interview with CNBC.

“There’s, of course, more work to do to guarantee this growth continues. A growing gap between the number of manufacturing job openings and the number of skilled workers to fill them could derail much of the success we’ve seen the past few years,” Moutray continued. “It’s clear, however, that the U.S. manufacturing industry is running full-steam ahead, and smart policy decisions are putting the industry on the right track.”

Most of the manufacturing jobs created in the last two years include durable goods manufacturing, including fabricated metals, computer products and electronic products, according to the Labor Department.

More than 5 million jobs have been created since Trump took office and the unemployment rate remains below 4 percent.