Media outlets and left-wing commentators slammed President Donald Trump for not celebrating Martin Luther King Day just hours before the president made a surprise visit to the MLK Memorial in Washington, D.C.

Much of the criticism centered on the fact that the president had no public events scheduled for the holiday on Monday, despite the fact that the White House will often keep events off of the schedule for security reasons or just to make them a surprise.

Vibe sarcastically wrote that it was a “shocker” that Trump seemingly had no plans for the holiday, while ShareBlue insisted that the president and vice president were “are rejecting a chance to celebrate Martin Luther King Jr. after President Obama embraced his legacy.”

“The rejection of King is a break from recent presidential tradition,” Oliver Willis wrote. “Trump chose not to honor King and it speaks volumes about the values he embodies and the mindset he operates with.”

Splinter News was similarly not surprised that the president had no public events planned, and assumed that he would use the government shutdown to justify such a move.

“Most likely Trump will use the partial government shutdown, which he himself created, as his excuse to not participate in tomorrow’s public services and memorials. Trump hates doing anything that doesn’t directly bring him attention and praise. So of course he’d skip MLK Day … Whatever his excuse, it’s not surprising that Trump isn’t making any effort to honor a man whose values were so diametrically opposed to his own. But that doesn’t make it any less shameful.”

Rev. Al Sharpton called the lack of public events an “insult” to the American people.

He still hasn’t address comments about white supremacy by Steve King, one of his strongest allies in Congress. https://t.co/Frxg4FsXPG

The president made a surprise visit to the MLK Memorial on Monday morning and observed a moment of silence during a wreath laying.

“Good morning, everybody. Great day. Beautiful day. Thank you for being here. Appreciate it,” the president said before returning to his motorcade.

The visit, albeit brief and lacking any substantial speech about MLK’s legacy, debunked the narrative that the president wasn’t doing anything for the holiday. 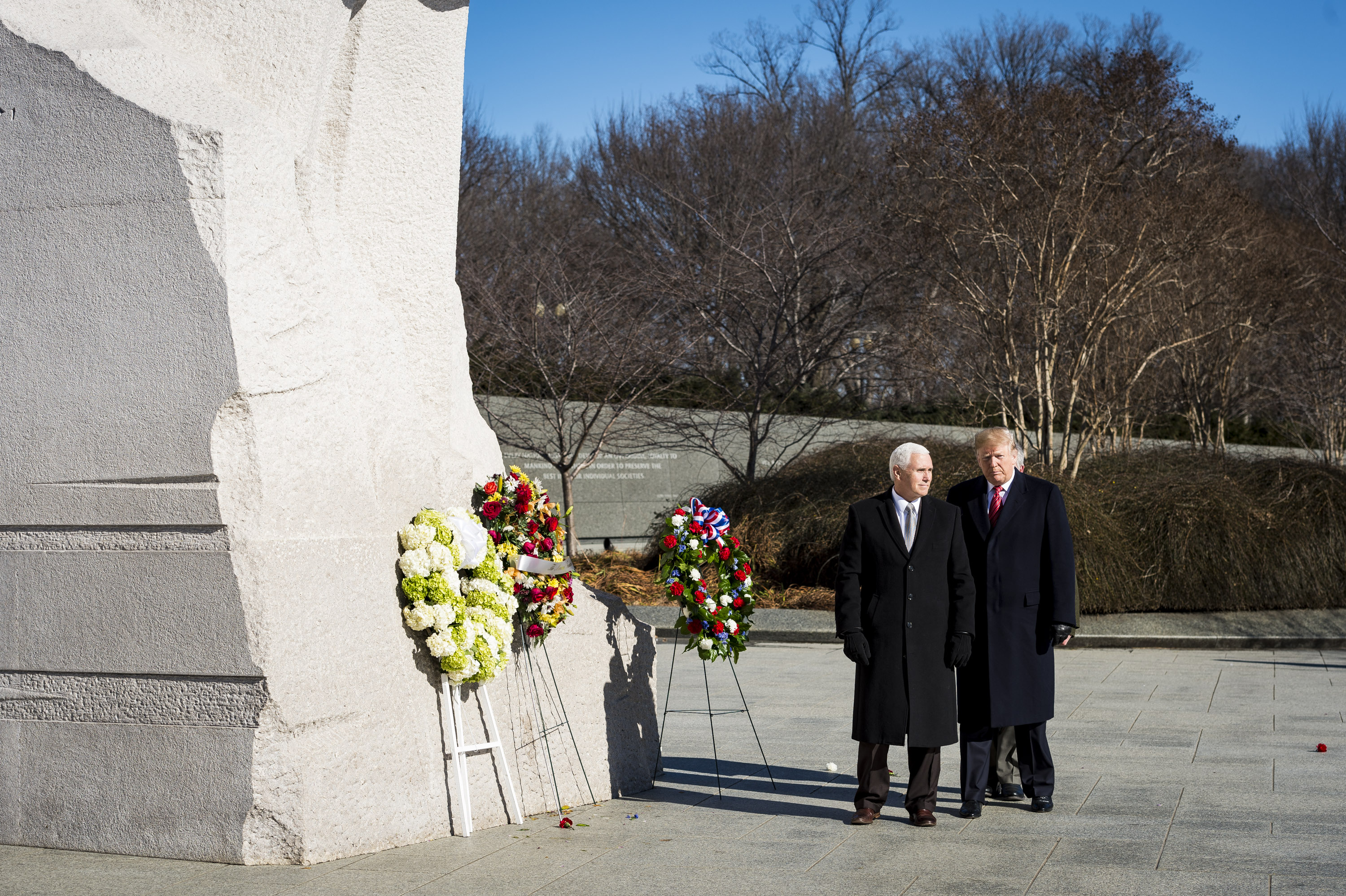 Willis later added an update to his piece noting that Trump made the surprise trip to the memorial, but still made the assumption that the trip was not pre-planned, stating, “it isn’t clear when exactly the White House decided on the need for some sort of gesture to honor MLK after all.”

Trump forced the media into a similar gaffe over the Christmas holiday when he made a surprise visit with first lady Melania Trump to the troops in Iraq. (RELATED: NBC News Misfires On Article Slamming Trump For Not Visiting Troops)