New York Sen. Kirsten Gillibrand became the latest Democratic 2020 presidential hopeful to back the Green New Deal being pushed by environmentalists and the left-most wing of her party.

“Senator Gillibrand supports the Green New Deal concept and has been working for years on policies to aggressively combat climate change, protect our environment and create a green economy in communities that have often been left behind,” Gillibrand spokeswoman Whitney Brennan told Axios Tuesday.

For Gillibrand, who recently created a presidential exploratory committee, endorsing the Green New Deal is an easy move since no firm policies have been proposed. Instead, the plan aims to achieve broad goals, including a 100-percent green energy economy and a slew of welfare programs.

A draft of Green New Deal legislation was put together over a single weekend by millennial environmental activists and staffers for Democratic New York Rep. Alexandria Ocasio-Cortez, the deal’s biggest champion.

Ocasio-Cortez and others in the progressive wing of her party want Democrats to not only make addressing global warming a central part of their agenda, but also to be part of a fundamental transformation of the U.S. economy. (RELATED: Another Headline-Grabbing Ocean Warming Study Is Full Of ‘Factual Errors And Misleading Statements,’ Scientist Says) 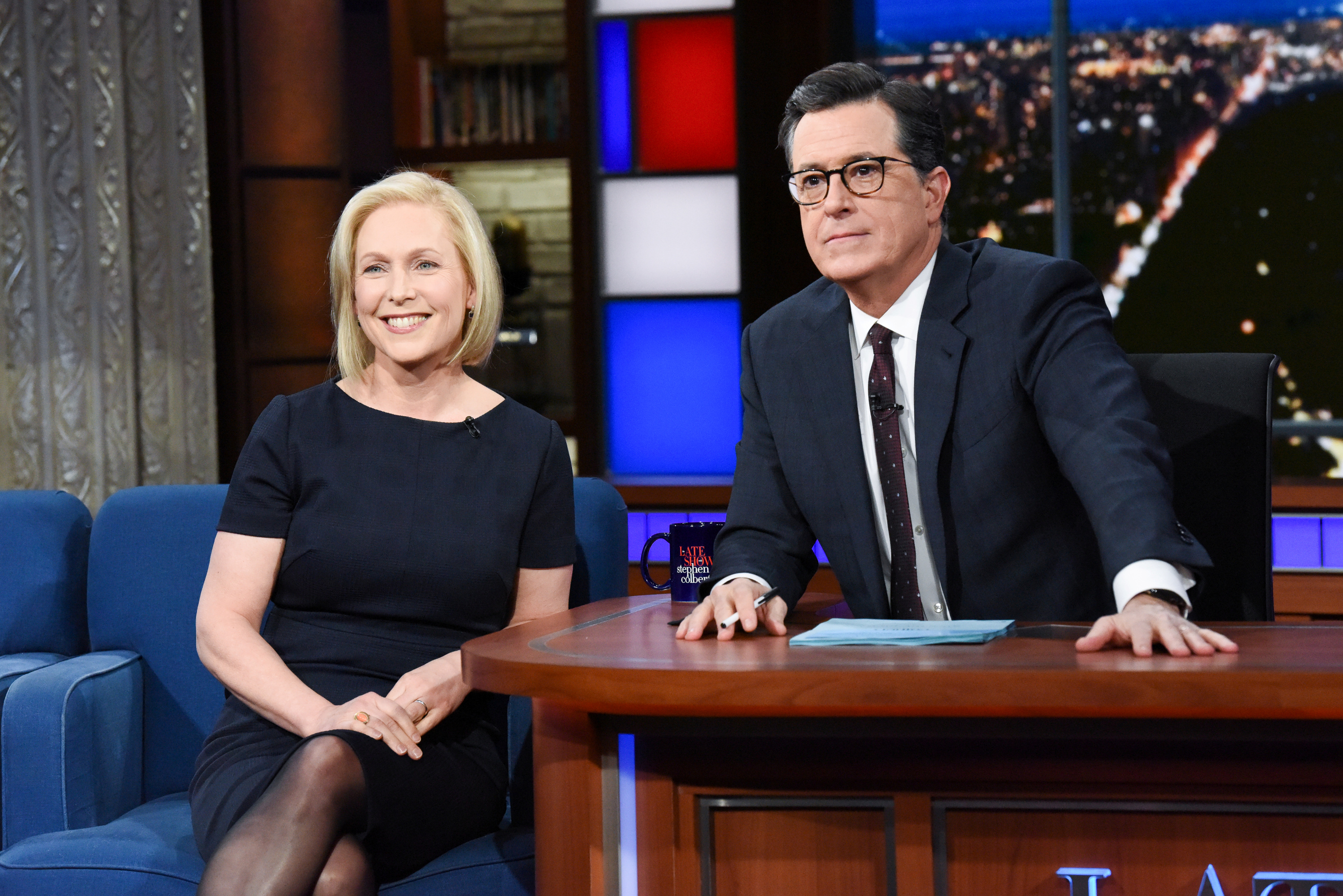 .@AOC on millennials and social media: “We’re, like, the world is going to end in 12 years if we don’t address climate change” pic.twitter.com/HjhbVyfFN4

Gillibrand is only the latest 2020 hopeful to endorse Ocasio-Cortez’s plan. Democratic California Sen. Kamala Harris, who announced she will run for president Monday, “supports the goals” of the Green New Deal, according to a spokesperson.

Sens. Cory Booker of New Jersey and Bernie Sanders of Vermont also back the Green New Deal, as do a growing number of Democratic lawmakers.

Brennan also told Axios that Gillibrand “has supported legislation to keep fossil fuels in the ground and end corporate subsidies for the oil and gas industry, promote the development of renewable energy and green jobs, make our communities more resilient, and protect clean air and clean water as a right for all Americans.”

However, while many Democrats support the Green New Deal, House Democratic leadership has not embraced the plan.