Democratic New York Rep. Alexandria Ocasio-Cortez’s claim the “world is gonna end in 12 years” shouldn’t come as a shock to anyone because she’s only repeating the same doomsday narrative pushed by some scientists and news outlets for months.

In fact, Ocasio-Cortez followed up her remarks from Monday night with a couple tweets doubling down on her 12-year warning, but also showing she didn’t make it up.

For some reason GOP seems to think this is a gaffe, but it’s actually a generational difference.

The freshman Democrat pointed to a Vox article warning “we have just 12 years to limit devastating global warming” and a Guardian article claiming “[w]e have 12 years to limit climate change catastrophe” — both articles were based on a United Nations report from October 2018.

That U.N. Intergovernmental Panel on Climate Change (IPCC) report examined what would need to be done in order to limit future global warming to 1.5 degrees Celsius by 2100. The report was mandated by the Paris climate accord.

The IPCC reported greenhouse gas emissions would need to fall 45 percent below 2010 levels by 2030, and then reach zero by 2050 for a 66 percent chance of keeping projected warming below 1.5 degrees Celsius. (RELATED: Another Headline-Grabbing Ocean Warming Study Is Full Of ‘Factual Errors And Misleading Statements,’ Scientist Says)

And in the months since that report, news has been inundated with headlines warning it’s “worse than we thought” or the world’s ice sheets are reaching a “tipping point.” The most widely reported climate study in 2018 warned we were on track for a “hothouse Earth.”

Nearly ever natural disaster in 2018 were tied to global warming in some way, from California’s devastating wildfires to hurricanes Florence and Michael. All the news stories stressing climate alarm spurred calls for action on global warming. 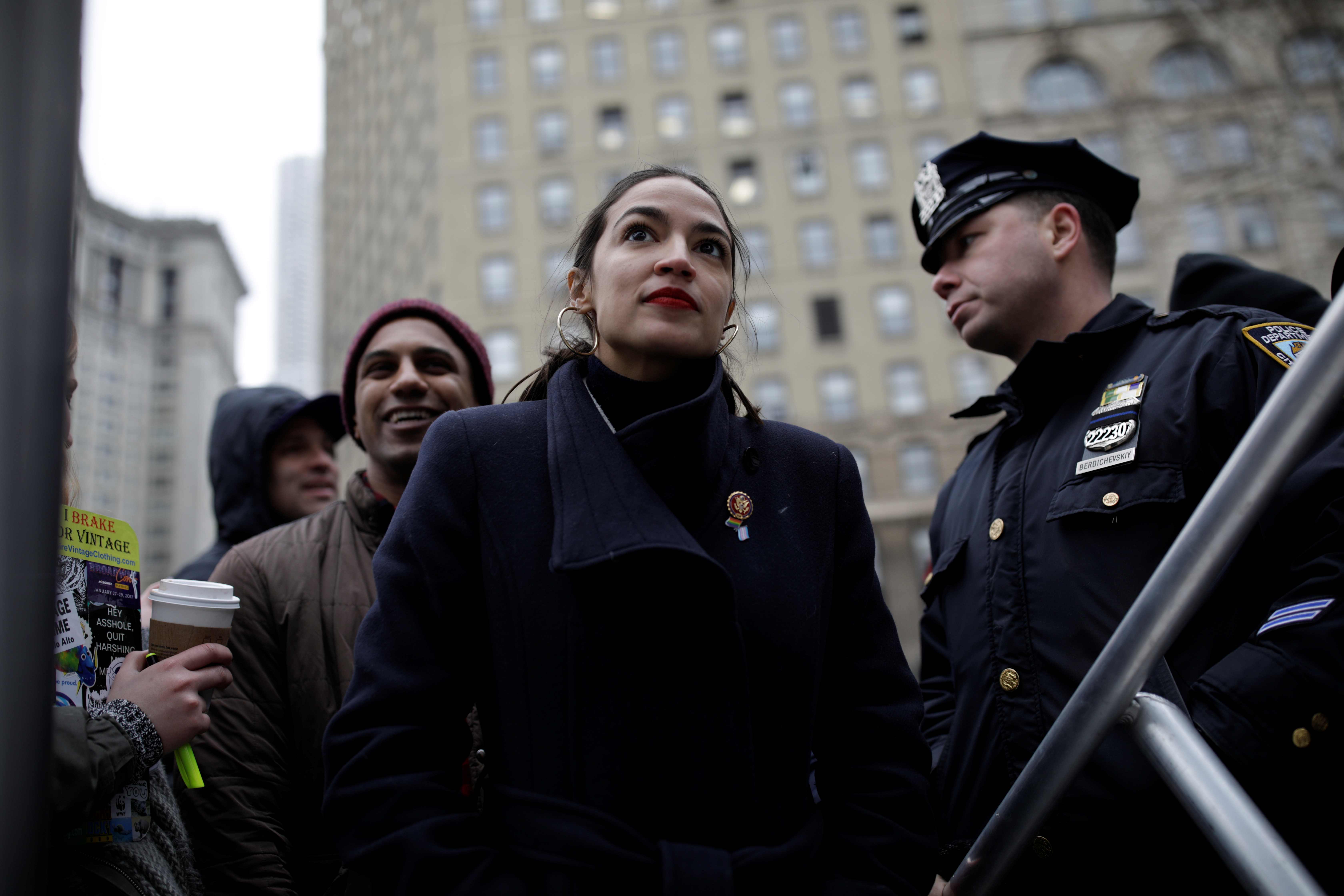 Rep. Alexandria Ocasio-Cortez looks on as she awaits to be introduced to the crowd of supporters during the Women’s March NYC demonstration at Foley Square in the Manhattan borough of New York City, January 19, 2019. REUTERS/ Jose Alvarado Jr.

However, many experts looking at the IPCC’s report saw it as infeasible to completely overhaul the global economy in 12 years, and there are serious questions about the accuracy of U.N. climate models.

Yet, IPCC report authors framed this as a problem of “political will,” not economics and technology. The report itself says “there is no documented historic precedent” for the sweeping changes needed to fight global warming.

That’s the line activists and many politicians have taken up in the months since the IPCC’s report. Indeed, Ocasio-Cortez said global warming is her generation’s World War II.

And what preceded World War II? The New Deal. Ocasio-Cortez now wants a Green New Deal to move the U.S. away from fossil fuels and address a variety of injustices she sees in our current economic system.