WASHINGTON — Democratic New York Rep. Alexandria Ocasio-Cortez cautioned that “the world is gonna end in 12 years if we don’t address climate change,” but previously denied she had any interest in banning private jets.

“I think that the part of it that is generational is that millennials and people, in Gen Z, and all these folks that come after us are looking up and we’re like, the world is gonna end in 12 years if we don’t address climate change,” Ocasio-Cortez said Monday during a Martin Luther King Jr. Day event at Riverside Church in New York City. “And your biggest issue is, your biggest issue is how are we going to pay for it? — and like this is the war, this is our World War II.” (RELATED: Ocasio-Cortez: Climate Change Is Millennials And Gen. Z’s ‘World War II’)

However, The Daily Caller asked Ocasio-Cortez in early January if her New Green Deal would include banning private jets, heavy aircrafts with high rates of carbon emissions. The New York Democrat simply answered “no,” as she walked away and a staffer blocked access to any further questions.  (RELATED: Progressive House Democrats Warn Colleagues Not To Stand In The Way Of A ‘Green New Deal’) 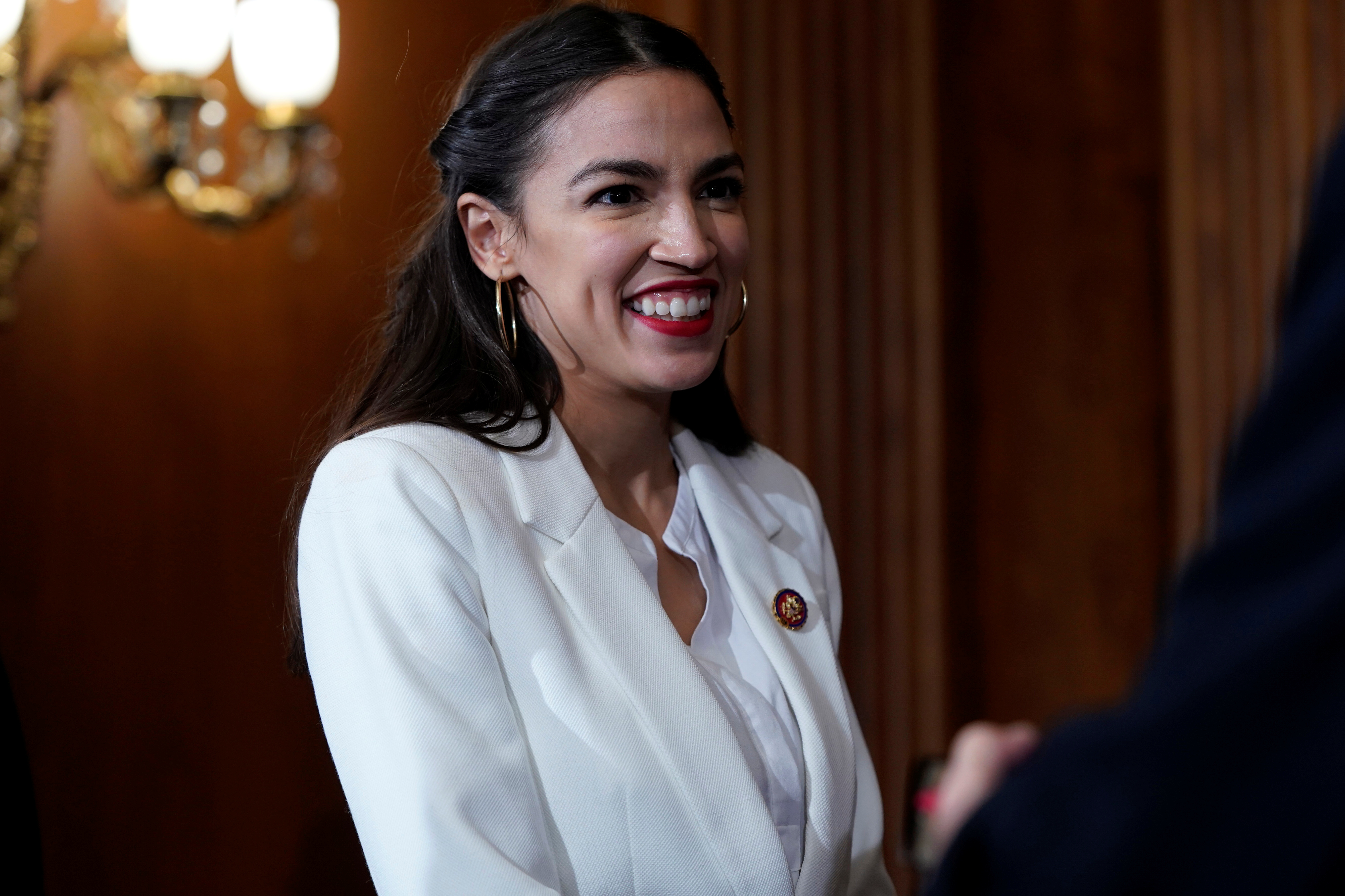 The New Green Deal calls for legislation that would begin shifting the U.S. away from fossil fuels and instead toward green energy by 2030.

Vermont Sen. Bernie Sanders, a big supporter of the New Green Deal, was previously asked by The Daily Caller News Foundation if he would ban private jets, but did not respond to the inquiry. (RELATED: Bernie Sanders Said Climate Change Was Our ‘Biggest Crisis Of All,’ But He Was Silent When Asked About Private Jets)

Sanders campaign was criticized for spending $300,000 back in Oct. 2018, but a campaign spokeswoman told the DCNF that “the campaign bought carbon offsets from NativeEnergy to support renewable energy projects and invest in carbon reduction projects to balance out the emissions produced on the trip.”