A New York State bookstore owner, Jon Speed, closed his shop today in protest against new abortion laws enacted in the state Monday that legalize late-term abortions. Now, the sign he posted on his store’s front door is going viral.

The sign posted to the entrance of his used bookstore called Jon Speed: The Book Scout in Syracuse, New York, reads: “Closed Today. Today is a day of mourning in New York State. We will not collect sales tax today for a tyrannical government that murders babies. We will resume regular business tomorrow, collecting sales tax under duress. End Abortion Now.”

When questioned by Faithwire as to why he chose to do this, Speed said that he felt he needed to do something. (RELATED: New York Passes Bill On Roe V. Wade Anniversary Casting Abortion As A Woman’s Right)

“I obviously can’t stop paying sales tax to the state of New York — I can’t do that altogether, although I would like to, but I can’t. So I thought, ‘Well, I’ll put a sign up on the front window of the store and say we’re closed [Wednesday] and express our thoughts on it, just so we can make a statement.’”

Speed’s statements come as a response to New York Gov. Cuomo’s decision to legalize late-term abortions — made on the anniversary of Roe V. Wade with intended significance. This bill specifically allows for a woman to abort her unborn child up to nine months into the pregnancy, typically through lethal injections, as well as for non-doctors to perform abortions.

CNN has reported that such a decision could enable women to gain abortions even if Roe V. Wade were overturned.

Others protest that such laws now open the door to unhindered vulnerability for women and their children. (RELATED: World Trade Center Lit Up In Pink To Celebrate Abortion Bill)

Life News reports that “the legislation poses serious dangers to women’s lives and rights as well. By removing protections from illegal abortions, the law will open the door for abuses. According to New York RTL, back-alley abortionists, abusive partners or parents and others no longer will face charges for illegally killing an unborn baby – even if the mother wants her child.” 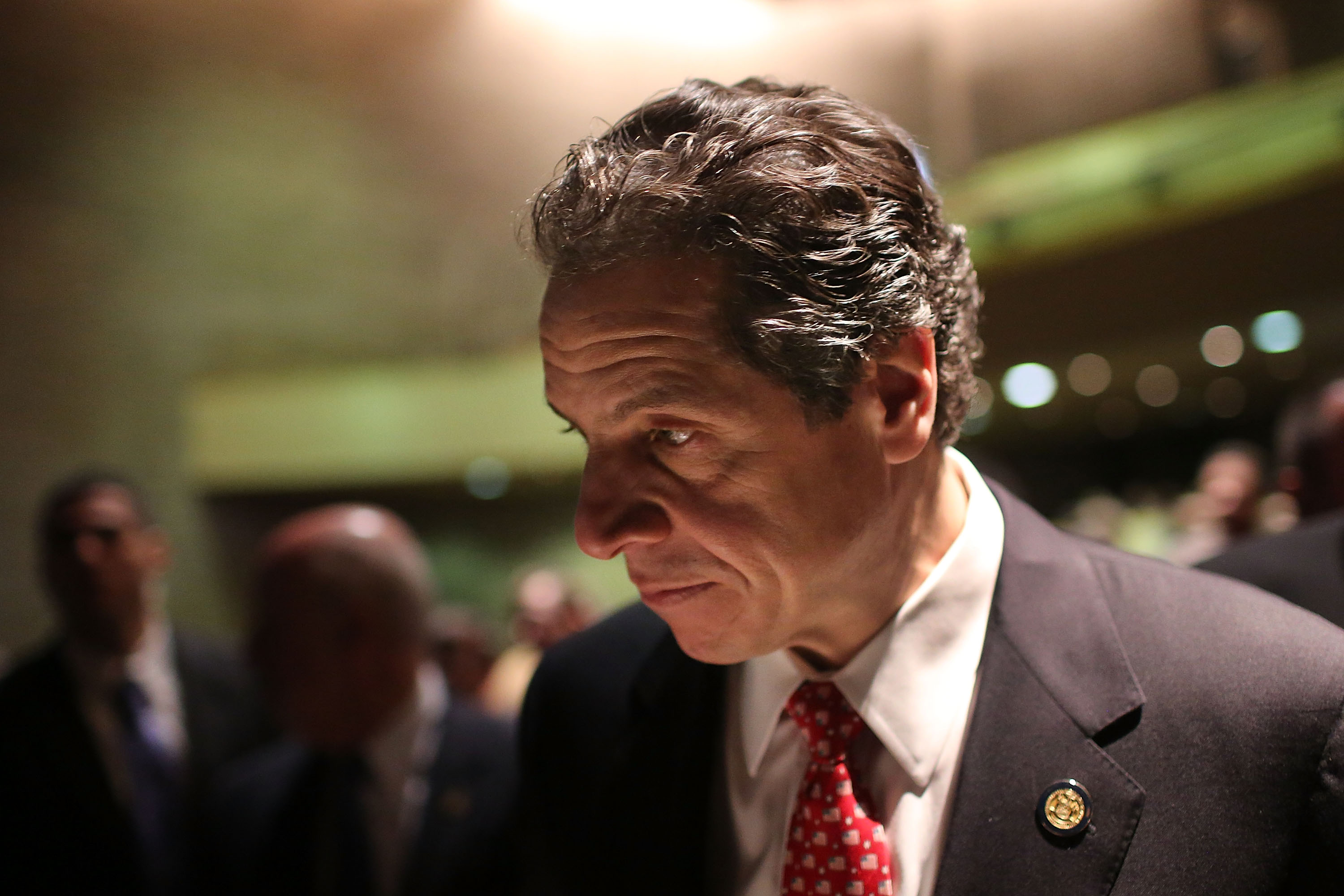 New York Governor Andrew Cuomo pauses after delivering his State of the State and budget proposals at The City College of New York on February 6, 2013 in New York City. (Photo by Spencer Platt/Getty Images)

Cuomo has come under fire for this decision from many conservatives as well as Catholic — particularly for his decision to light the World Trade Center a bright pink in honor of the new abortion laws.

“The Reproductive Health Act is a historic victory for New Yorkers and for our progressive values,” Cuomo said. “… I am directing that New York’s landmarks be lit in pink to celebrate this achievement and shine a bright light forward for the rest of the nation to follow.”

Several faith leaders have come forward to rebuke Cuomo for his decision. Albany Bishop Rev. Edward B. Scharfenberger and Cardinal Timothy Dolan, Archbishop of New York have openly condemned Cuomo’s actions as contrary to Catholic teaching and harmful to the people of New York State.

“Will being pro-life one day be a hate crime in the State of New York?” Bishop Scharfenberger wrote to the Evangelist on Saturday.

Speed’s sign has been shared on Facebook and continues to acquire attention.” I can’t change what happened [Tuesday], but I can certainly register my displeasure with it and how upset about it I am,” he said.