A drone flying near the Newark Liberty International Airport caused the Federal Aviation Administration to halt air traffic for about 30 minutes at the New Jersey airport Tuesday.

The FAA halted incoming flights after crews on two flights to Newark, New Jersey, reported seeing a drone flying at 3,500 feet over Teterboro Airport at 5 p.m. The halt on incoming flights came during what is typically one of the airport’s busiest hours. The FAA, however, also delayed flights into Newark from other airports to relieve traffic buildup, and the stoppage’s effect on airline operations proved to be relatively minor according to United Continental Holdings Inc., the major airline in Newark. (RELATED: Police And Military Search For Source Of Drones Causing Purposeful Disruption At London Airport)

“The impact to our operations has been minimal so far. We are working closely with the airport and the FAA to return our operations to normal as quickly as possible,” United Continental Holdings Inc. said in a statement, according to The Wall Street Journal.

Flights leaving Newark were not delayed, though some flights were diverted away from Newark as a result of the halt in operations. A spokesman for the Port Authority of New York and New Jersey told WSJ he did not know how many flights had been affected by the halt on incoming air traffic.

The incident was not nearly as disruptive as the recent halt in operations at Gatwick Airport, Britain’s busiest airport, that was deliberately caused with multiple drones. The deliberate drone sabotage on Gatwick’s operations in December affected more than 100,000 passengers on more than 100 flights. 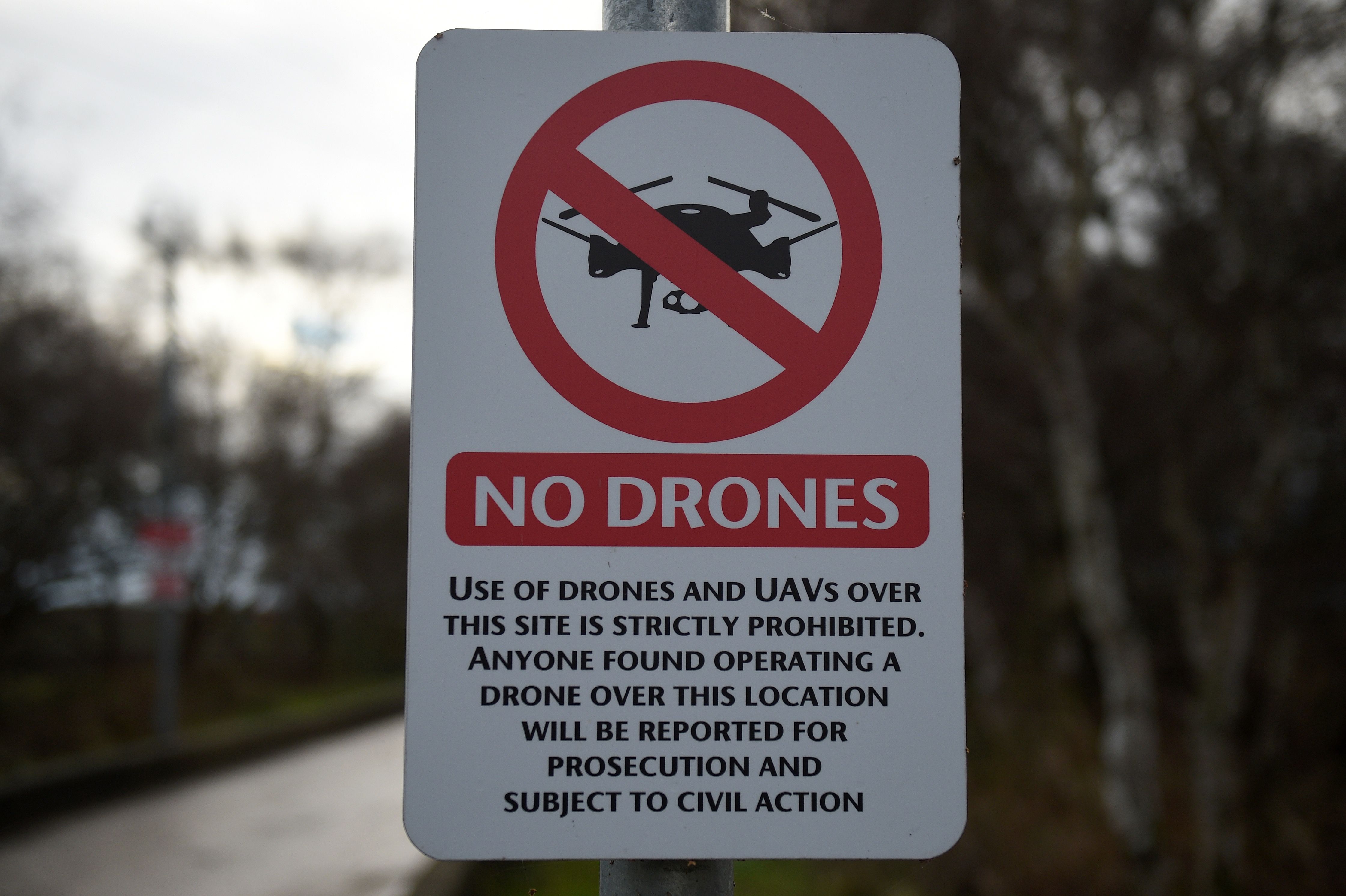 A “No Drones” sign alerting members of the public that the use of drones or unmanned aerial vehicles (UAV) is prohibited, is pictured outside Manchester United’s Carrington Training complex in Manchester, northwest England on Dec. 20, 2018.(OLI SCARFF/AFP/Getty Images)