Bradley Cooper‘s girlfriend, supermodel Irina Shayk, said she hates when people suggest that because she’s a mom now she’ can’t dress sexy and “show it” off.

“I always say that being a mom is one of the greatest things in the world,” the 33-year-old Sports Illustrated Swimsuit model shared with W magazine Monday. “I don’t think it’s changed my life. It did change in a way to make me better. Family is the most important thing in the world.” (RELATED: Take A Look Back At Adriana Lima’s Career With Victoria’s Secret) 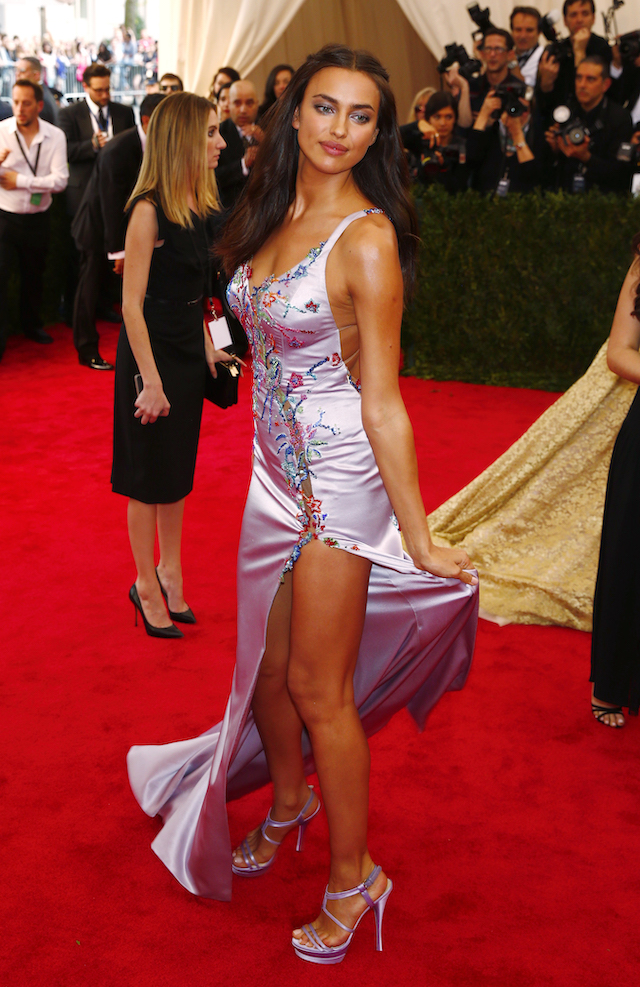 Model Irina Shayk arrives at the Metropolitan Museum of Art Costume Institute Gala 2015 celebrating the opening of “China: Through the Looking Glass,” in Manhattan, New York May 4, 2015. REUTERS/Lucas Jackson

“Sometimes [people] will be like, ‘Oh, she’s a mom, and she’s wearing this?’ I’m like, ‘Give me a break, girl,'” she added. “We live in the 21st century. Just because you are a mom and you have a baby doesn’t mean you have to change and dress different. Keep expressing yourself and who you are.”

“When you see a woman dressed in a suit and sneakers, I think she’s sexy. It’s about your character, how you move, how you talk — that’s sexy to me,” the supermodel explained. “It’s not about a push-up bra to your neck and you can’t breathe. It’s something more classy and sophisticated and modern.”

Shayk, who was the first Russian model to grace the cover of the annual swimsuit magazine and the “Hangover” star started dating three years ago and in May 2017 the two welcomed into the world their daughter, Lea De Seine.