Texas Rep. Sheila Jackson Lee is reportedly resigning as chairwoman of the Congressional Black Caucus Foundation and as chair of a congressional subcommittee amid allegations she retaliated against a former staffer who claimed she was raped by a foundation supervisor.

She will also leave her position temporarily as chair of a House Judiciary subcommittee.

The Democrat came under pressure last week to resign her posts after she was accused in a Jan. 11 lawsuit of retaliating against a former staffer who claimed she was sexually assaulted by Damien Jones, a former intern supervisor at the Congressional Black Caucus Foundation. (RELATED: Lawsuit Claims Sheila Jackson Lee Fired A Staffer To Cover Up A Rape)

The woman, who goes by Jane Doe in the court filings, claims she was raped by Jones in October 2015, when she was an intern at the foundation. 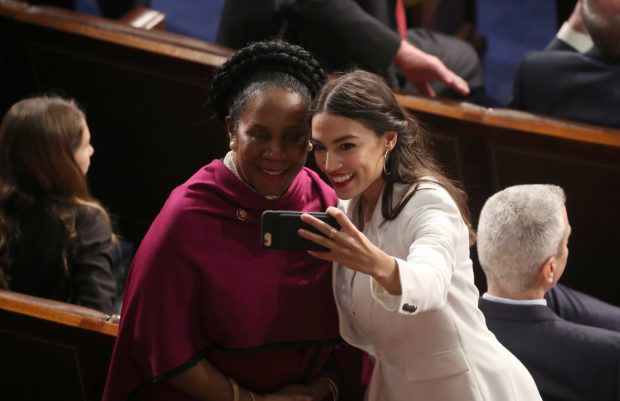 Rep.-elect Alexandria Ocasio-Cortez (D-NY) takes a photo with Rep. Sheila Jackson-Lee (D-TX) prior to the first session of the 116th Congress at the U.S. Capitol January 3, 2019 in Washington, DC. (Photo by Mark Wilson/Getty Images)

The woman claimed she reported the incident to police at the time but did not pursue other legal action, according to BuzzFeed. (RELATED: Congressional Bosses From Hell: Sheila Jackson Lee)

The woman began working in November 2017 as a staffer for Jackson Lee. According to her lawsuit, she asked Jackson Lee’s chief of staff in March 2018 to meet with the lawmaker to discuss her alleged rape. The meeting never occurred, and the woman was fired soon after from Jackson Lee’s office.

Jackson Lee’s office responded to the lawsuit, telling the press it “adamantly denies the allegations that it retaliated against, or otherwise improperly treated, the plaintiff. It is against office policy to discuss specific details about internal personnel matters.”