It’s the latest development in a multi-year legal battle between Resolute Forest Products and Greenpeace.

“Although the Judge did not allow all of Resolute’s claims to proceed, we are pleased the proceedings will now move forward on our defamation and unfair competition claims against Greenpeace,” Seth Kursman, spokesman for Resolute, told The Daily Caller News Foundation.

Resolute filed a $225 million suit against Greenpeace, affiliated groups and individual activists in May 2016 under the Racketeer Influenced and Corrupt Organizations Act (RICO). Resolute also made defamation and unfair competition claims against environmentalists.

Resolute’s U.S. lawsuit came after years-long campaigns by Greenpeace and allies against the company’s logging and forestry operations, including challenging the company’s sustainable-certified woodlands. The company said Greenpeace and its allies orchestrated a campaign to intimidate the company and cost it millions of dollars. 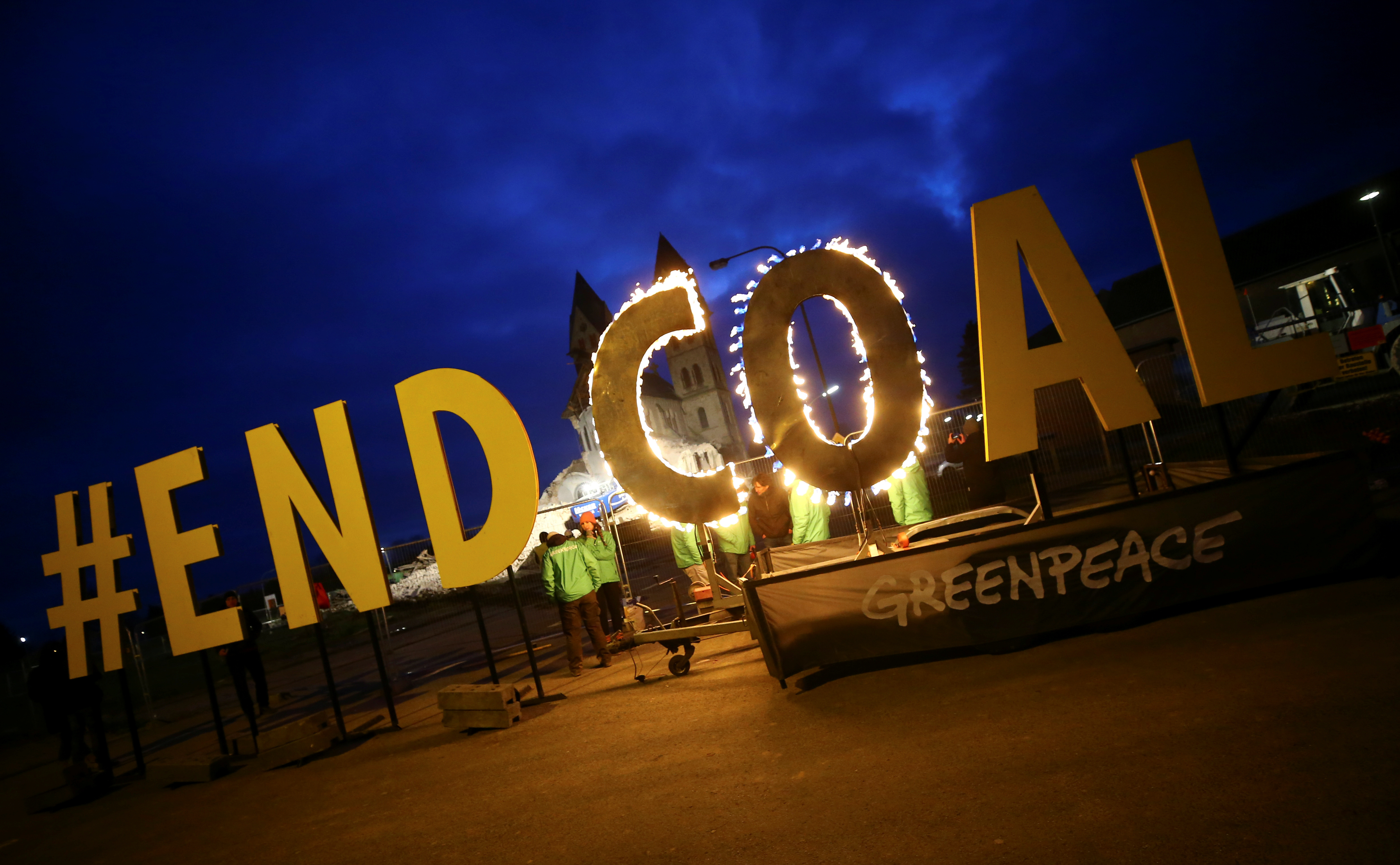 Greenpeace activists light a protest banner reading “end coal” with fire as the St. Lambertus church in the village of Immerath is being demolished for the expansion of the nearby opencast brown coal mine of German power supplier RWE, in Immerath, Germany January 8, 2018. REUTERS/Wolfgang Rattay.

Greenpeace called Resolute “forest destroyers” causing a “caribou death spiral and extinction” as part of their campaign against the forestry company. Greenpeace also had a webpage that gave Resolute a list of demands, including suspending logging operations.

Greenpeace “fraudulently induced people throughout the United States and the world to donate millions of dollars based on materially false and misleading claims about its purported environmental purpose and its ‘campaigns’ against targeted companies,” reads Resolute’s 124-page legal complaint.

The company initially filed the case in the U.S. District Court for Southern Georgia, but it was transferred to the Northern District of California in 2017. The court dismissed Resolute’s entire case against Greenpeace that year, but the company filed another complaint shortly thereafter.

“From day one, it was clear Resolute intended to bully legitimate advocacy organizations and forest defenders by abusing laws designed to curtail the mafia,” Greenpeace USA General Counsel Tom Wetterer said in an emailed statement. 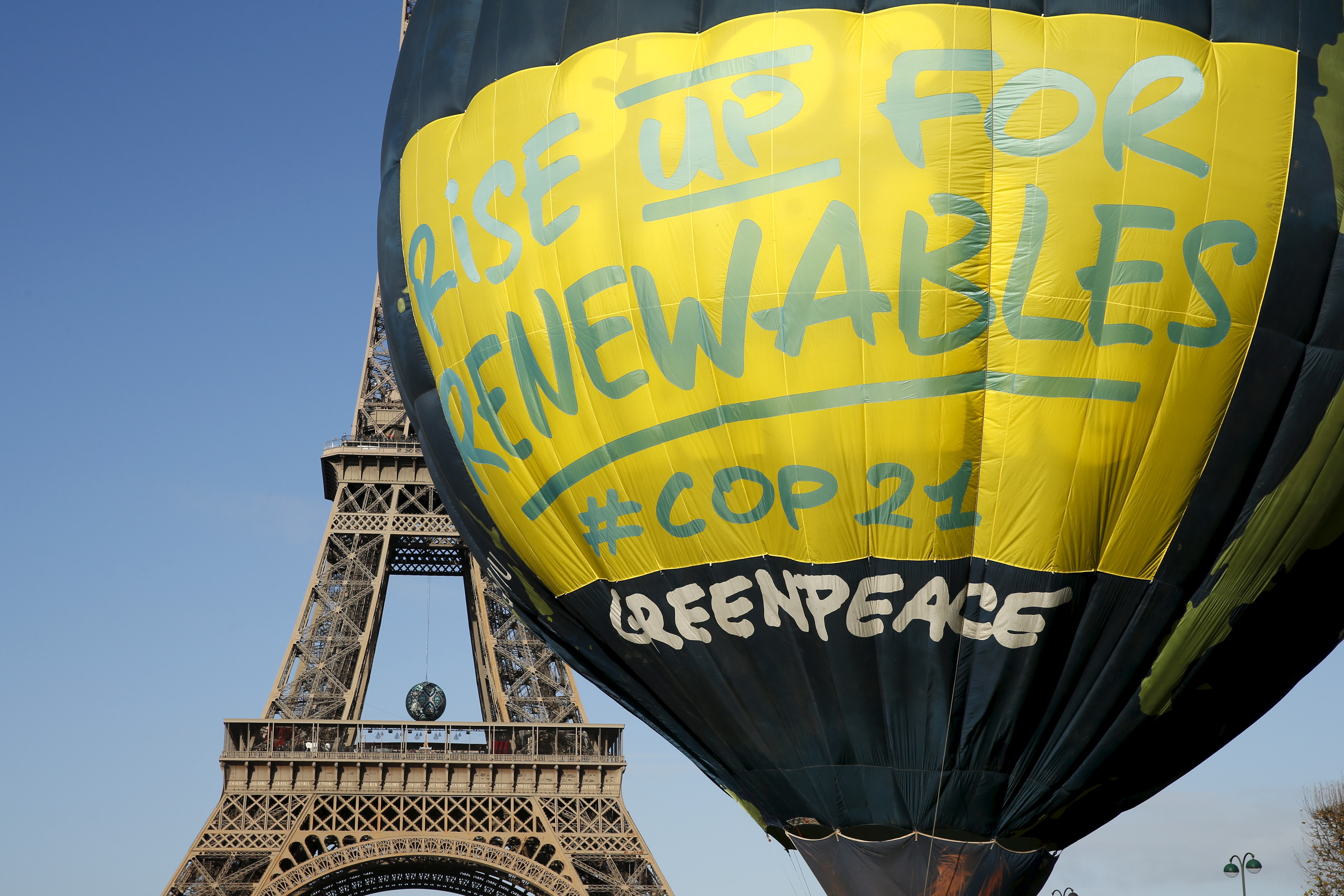 Greenpeace activists fly a hot air balloon depicting the globe next to the Eiffel Tower ahead of the 2015 Paris Climate Conference, known as the COP21 summit, in Paris, France, November 28, 2015. REUTERS/Benoit Tessier.

“The judge made it clear this would not be tolerated,” Wetterer said.

“As the case progresses, we are confident that Greenpeace and their cohorts will be held accountable,” Kursman said.

Resolute is not the only company to take legal action against Greenpeace in recent years. Energy Transfer, the company that build the Dakota Access Pipeline, sued Greenpeace under anti-racketeering laws in August 2017.