The Palestinian activist who appeared at Michigan Democratic Rep. Rashida Tlaib’s swearing-in ceremony broke his silence about his views and his relationship with the congresswoman on Tuesday night.

Abbas Hamideh, the executive director and co-founder of Al-Awda: The Palestinian Right to Return Coalition, tweeted a photo of himself with Tlaib, saying that he attended her swearing-in ceremony two weeks ago and a private dinner afterward. The photo features the two of them holding a painting of Tlaib in front of the U.S. Capitol Building with an American flag as the background.

The photo received backlash after journalists uncovered Hamideh’s views on the Israel-Palestine conflict.

“My relationship with Congresswoman Rashida Tlaib is that she is a member of the Palestinian community. When she first started running for Congress, people in the community were asking me to support her, and I did,” Hamideh explained to The Daily Caller. (RELATED: ADL Demands Tlaib Explain Her Relationship With Pro-Hezbollah Activist)

Now, do I know her on a personal level as far as, you know, like we’re friends and we hang out? No. You know what I mean? There’s absolutely no close relationship with the congresswoman. Now, she knows me well, don’t get me wrong, and I know her well through her campaign and stuff like that— like we’ve met numerous times and numerous events.

He did add that he feels like there isn’t a single member of Congress who shares his views on the issue but would continue to support Tlaib as the first Palestinian woman elected to Congress. 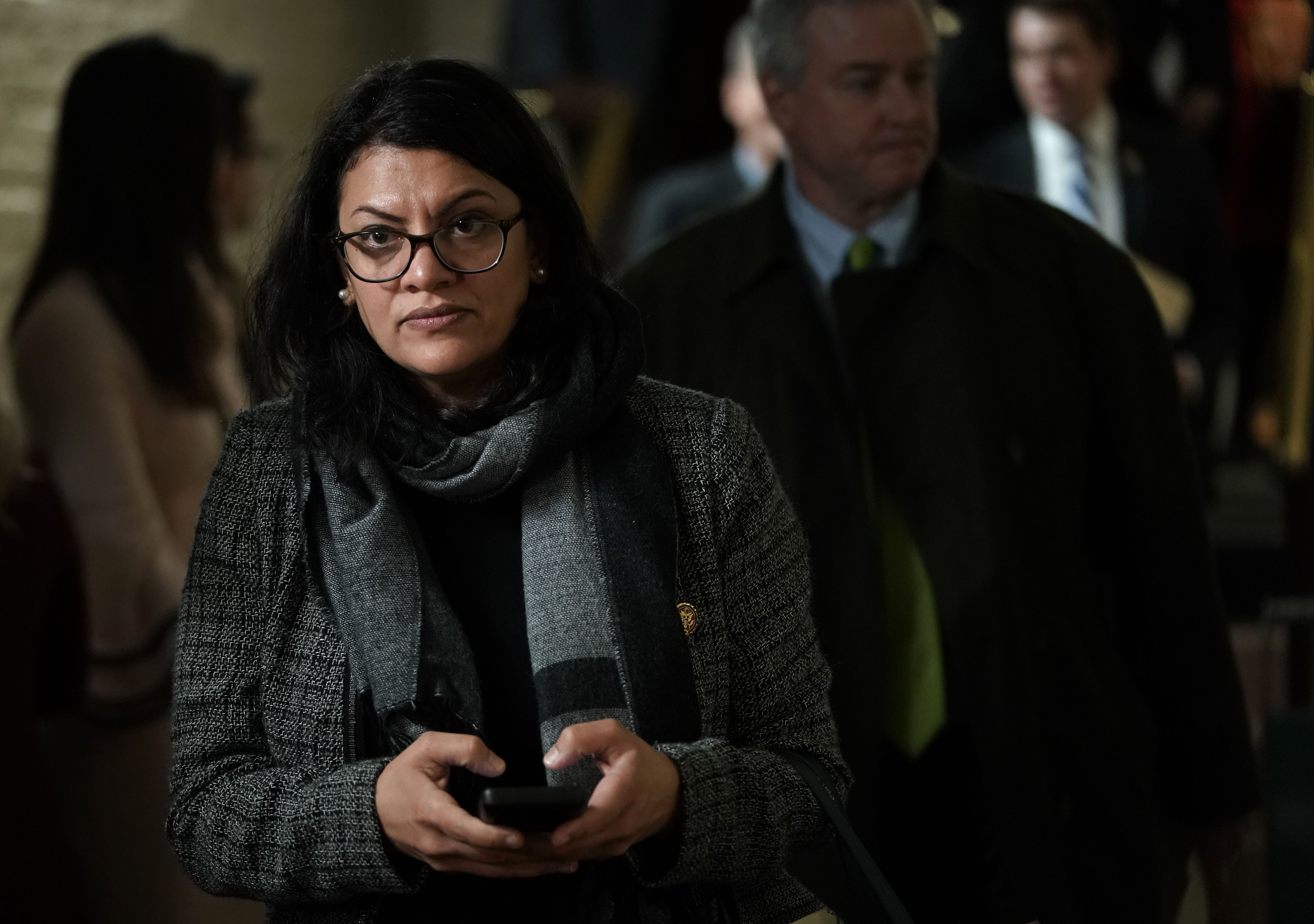 Hamideh said that Al-Awda does not condone violence but he would not go as far as to condemn violence committed by terrorist organizations that fight against Israeli forces:

For example, ISIS wanted to take over Syria, or wanted to take over Iraq — you know, the Islamic state. This is why sometimes they get pissed off when I tweet this stuff, when I say that Israel is basically an ISIS-like ideology. I’m sure you saw those tweets … This is true! Because ISIS has the same mentality. They want to claim, lay claim — you know, in their minds, any Muslim around the world can claim Syria, Palestine … all those areas. That’s incorrect. A Christian in the United States can’t claim Rome or claim The Vatican. A religion doesn’t lay you claim to a land.

His twitter feed is full of anti-Israel content. Hamideh has also praised Hassan Nasrallah, the secretary general of Hezbollah.

“To [Zionists], Zionism is Judaism and vice-versa. It’s not separated. OK, so they basically believe that God gave them this land, you know? And that all the Jewish people should go back to this homeland,” Hamideh continued, “Zionists basically, you know, want to establish a land, they call it the Jewish homeland. That’s very problematic. That’s supremacy. That’s like the KKK taking black people or any other people ‘oh hey, you have no right to this land.”’

He references the Deir Yassin massacre of 1948 on Twitter frequently in response to the backlash he has faced, and mentioned it to TheDC. (RELATED: Republican Reps. Introduce Resolution Condemning Anti-Semitism, Anti-Israel Sentiment)

“In 1948, after the partition in 1947, there was a massacre in our village and it was on April 9, 1948. This was a strategic plan to take over the village because it’s a high point, it’s a suburb of Jerusalem,” he continued. ” … It was a strategic military point that the future state, which I call the entity, to take over and they wanted to take that strategic point because they could basically have an upper-hand from the Arab armies in the area … So, they went in there and massacred 254 residents in the village.”

Hamideh added that his father, who lived in that village, was 12 at the time of the attack and survived.

Rep. Tlaib’s office did not return a request for comment on this story.