The account, called “Beto’s Blog,” is run by an anonymous user who tweets parody versions of blog posts by failed Democratic Senate candidate and former Texas Rep. Beto O’Rourke. Beto’s Blog was permanently suspended from the platform Tuesday night for violating Twitter’s “impersonation” rules, according to a copy of the email provided to The Daily Caller. (RELATED: Two Conservatives Suspended From Twitter — One For Tweeting About Brussels Sprouts) 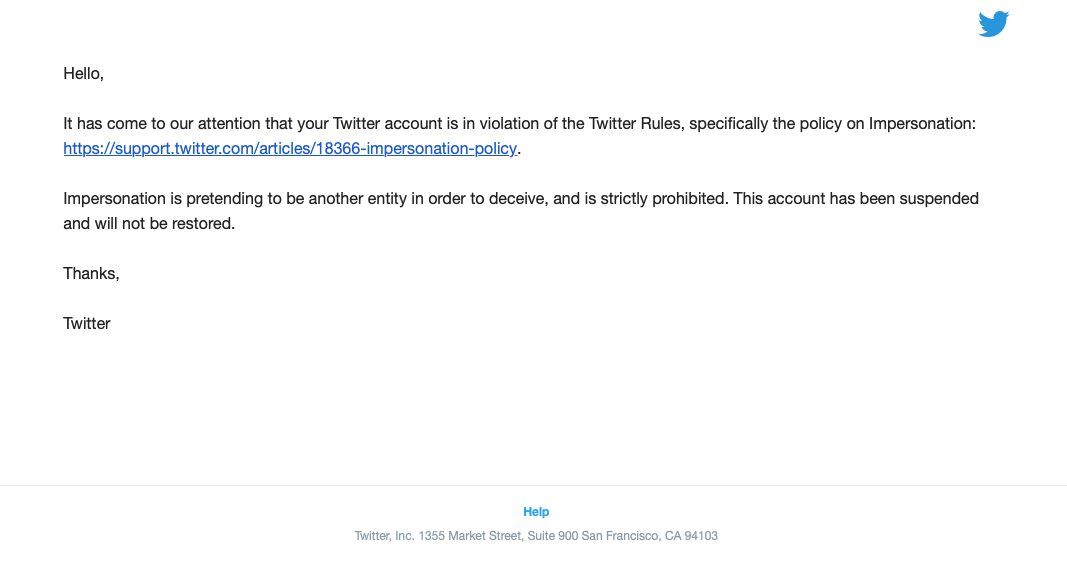 The suspension sparked the ire of many high-profile conservatives who pointed out that there are a number of Twitter accounts impersonating President Donald Trump that are not obvious parodies.

Robert Francis “Beto” O’Rourke parody Twitter account @BetosBlog gets permanently banned for “pretending to be another entity in order to deceive” and @Twitter strictly prohibits such accounts… Unless you’re @realDonaldTrump. pic.twitter.com/iEx4sQML8N

FiveThirtyEight’s Nate Silver wondered why Twitter did not ask Beto’s Blog to update its biography and Twitter handle to make clear it is a parody before banning the account.

I guess Twitter’s rules (which don’t seem to be strictly enforced) are that you have to clearly identify the account as parody in the bio/account handle, but why not ask the person running the account to do that instead of shutting them down? https://t.co/B8fS8BO68c

Approximately two hours after The Daily Caller reached out for comment about the account ban, Twitter backtracked and sent an email to the account owner, indicating that it could be restored if the owner updated the bio and handle within 48 hours. 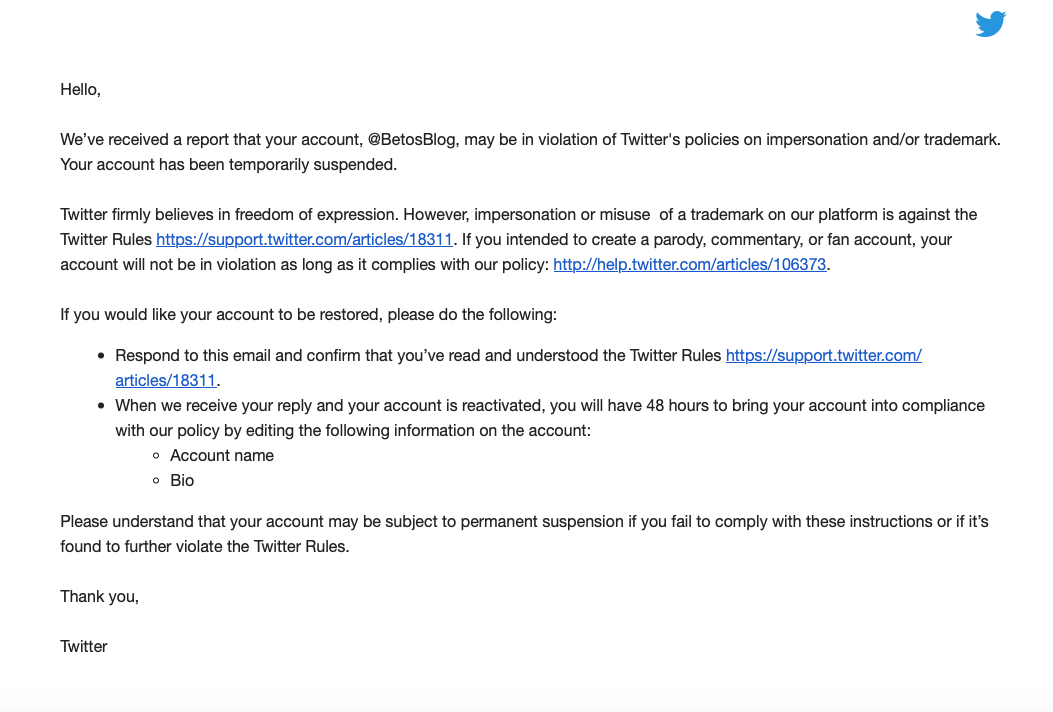 Just 20 minutes later, the account was restored. Twitter reiterated that Beto’s Blog would have to update the bio and handle within 48 hours or it would be subject to permanent suspension again. 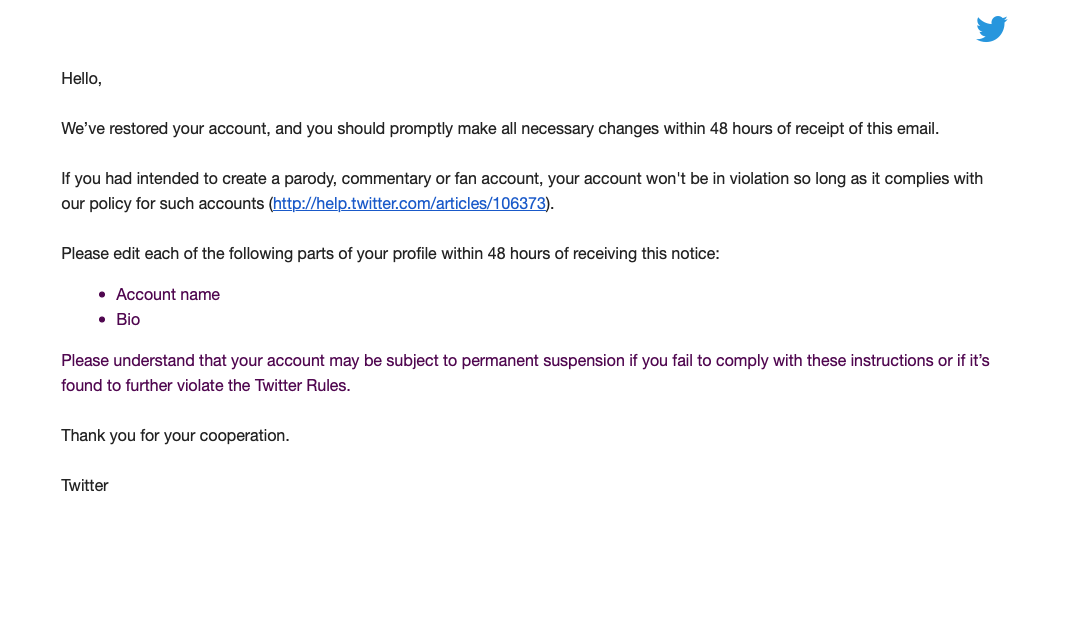 The account owner has since changed the account’s handle to “@BetoFakeBlog” and the account name to “Not Beto’s Journal.” The bio also clearly states that it is a “parody account.”