The European Court of Human Rights ordered Italy Thursday to pay Amanda Knox roughly $20,000 in damages regarding her conviction for the 2007 murder of her British roommate while the two were studying abroad in Perugia, Italy.

The court unanimously found Thursday that there had been several procedural violations in the case of Knox v. Italy, namely the police’s failure to provide Knox, an American exchange student not fluent in Italian, legal assistance during a police questioning days after the murder. The court also found that authorities failed to assess the conduct of Knox’s interpreter, and believe the fairness of the trial was compromised thereon.

“Ms. Knox had been particularly vulnerable, being a foreign young woman, 20 at the time, not having been in Italy for very long and not being fluent in Italian,” the court stated. (RELATED: North Korea’s Acting Ambassador To Italy Has Disappeared From Compound In Rome)

The court held that Italy must pay Knox 10,400 euros in damages and 8,000 euros for costs and expenses, but did not find sufficient evidence to support Knox’s claims of psychological and physical mistreatment by the police, of which Knox complained throughout this years-long process.

Knox, now 31, spent almost four years in an Italian prison following her conviction for the 2007 murder of Meredith Kercher, but was definitively acquitted in 2015. Her Italian boyfriend Raffaele Sollecito, was also convicted but later acquitted.

“For me this is a certification of a mistake, probably the biggest legal mistake in the last years in Italy, also because the attention that this case has had,” Knox’s attorney, Carlo Dalla Vedova, told The Associated Press.

“It is impossible to compensate Amanda for four years in prison for a mistake. There will be no amount. We are not looking for compensation of damages. We are doing this on principal,” he added. 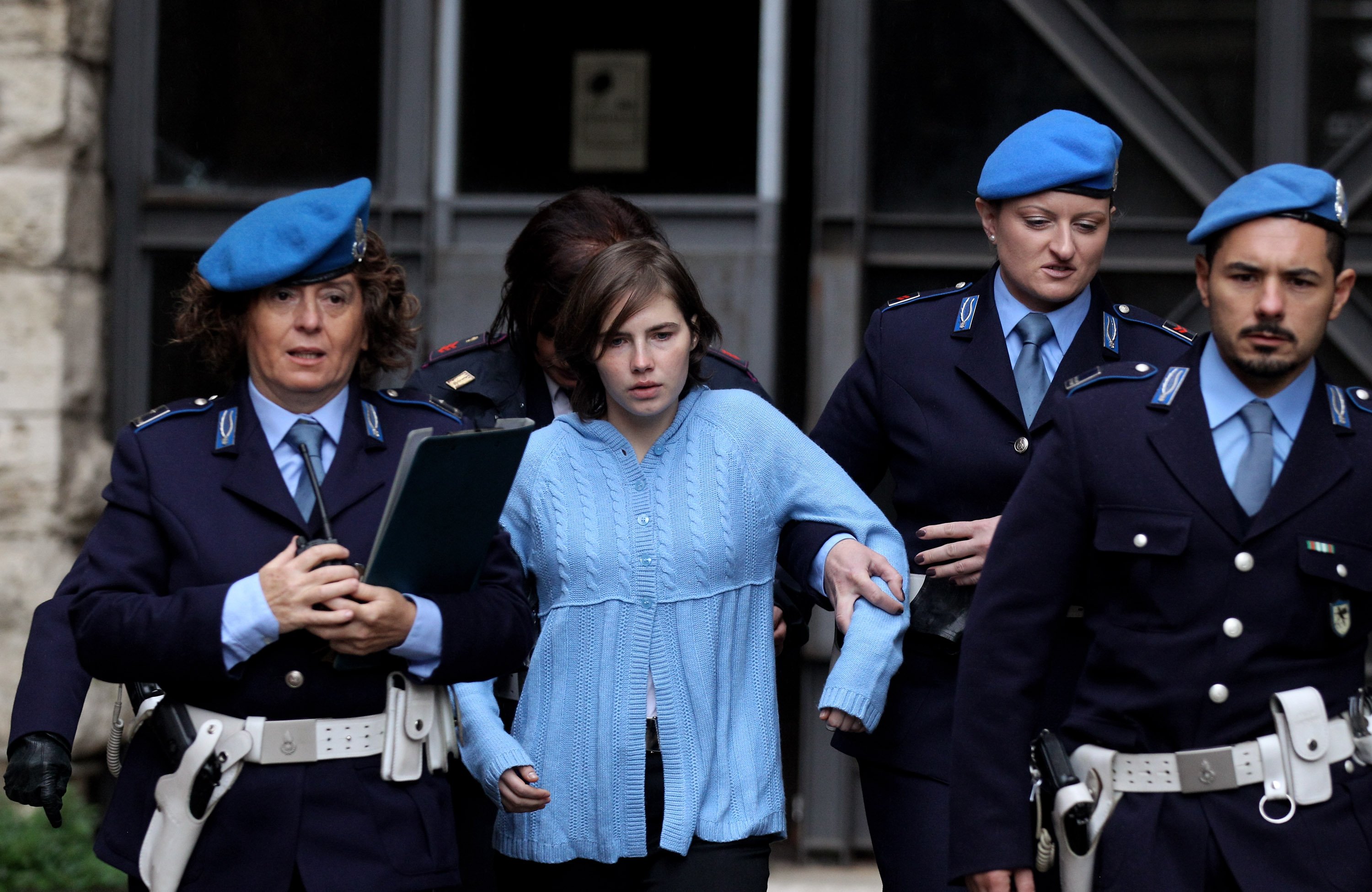 Amanda Knox is led away from Perugia’s court of Appeal by police officers after the first session of her appeal against her murder conviction on November 24, 2010 in Perugia, Italy.  (Photo by Oli Scarff/Getty Images)

The internationally followed case, which became a Netflix documentary in 2016, began after Knox and her Italian boyfriend of two weeks allegedly returned to Knox’s apartment on Nov. 2, 2007 to find broken windows and traces of blood in Knox and Kercher’s apartment.

Police forced entry into the apartment and found Kercher’s body. Her throat had been slashed and there were indications of sexual assault.

Knox later accused Patrick Lumumba, the Congolese manager of a pub she occasionally worked at, for Kercher’s murder. The man was found innocent and Knox was sentenced to three years in Italian prison for making a “malicious accusation,” the court ruling states.

After several years of legal battles over the controversial case, it was found that an Ivorian immigrant, who was an acquaintance of Kercher’s, according to the court, was the perpetrator of the murder and sexual assault. He was sentenced to 16 years in prison.