Colorado Republican Sen. Cory Gardner’s spokesman said Wednesday that the senator will break with his fellow Republicans and vote for a Democratic bill to end the partial government shutdown without any border security funding gains.

Gardner’s spokesman told The Denver Post Editorial Board that the senator opposes shutdowns, even the 2013 partial government shutdown under the Obama administration.

Republican Sens. Susan Collins of Maine and Lisa Murkowski of Alaska also plan to vote for both Trump’s offer and the Democratic plan, reported Axios. But the funding bill in question is expected to fail, since it needs 60 votes and most senators will vote along party lines. The Senate is split with 53 Republicans and 47 Democrats and Independents who caucus with Democrats.

Republicans are putting forward a “compromise” spending bill Thursday afternoon as well, and it is also expected to fail, according to The Denver Post. (RELATED: Trump Blasts Media For ‘Barely’ Covering ‘Great’ Economy, Low Unemployment)

Gardner’s announcement comes as the shutdown over border wall funding extends past the one-month mark — it hit day 34 Thursday. Trump wants more than $5 billion for a southern border wall; House Speaker Nancy Pelosi has said a border wall would be “immoral.”

Gardner is also up for re-election in 2020 and has at least three Democratic challengers so far, including openly gay nonprofit director Lorena Garcia. Gardner was classified as one of seven senators most likely to lose their seats in 2020 by CNBC in November. Collins was also on CNBC’s list. 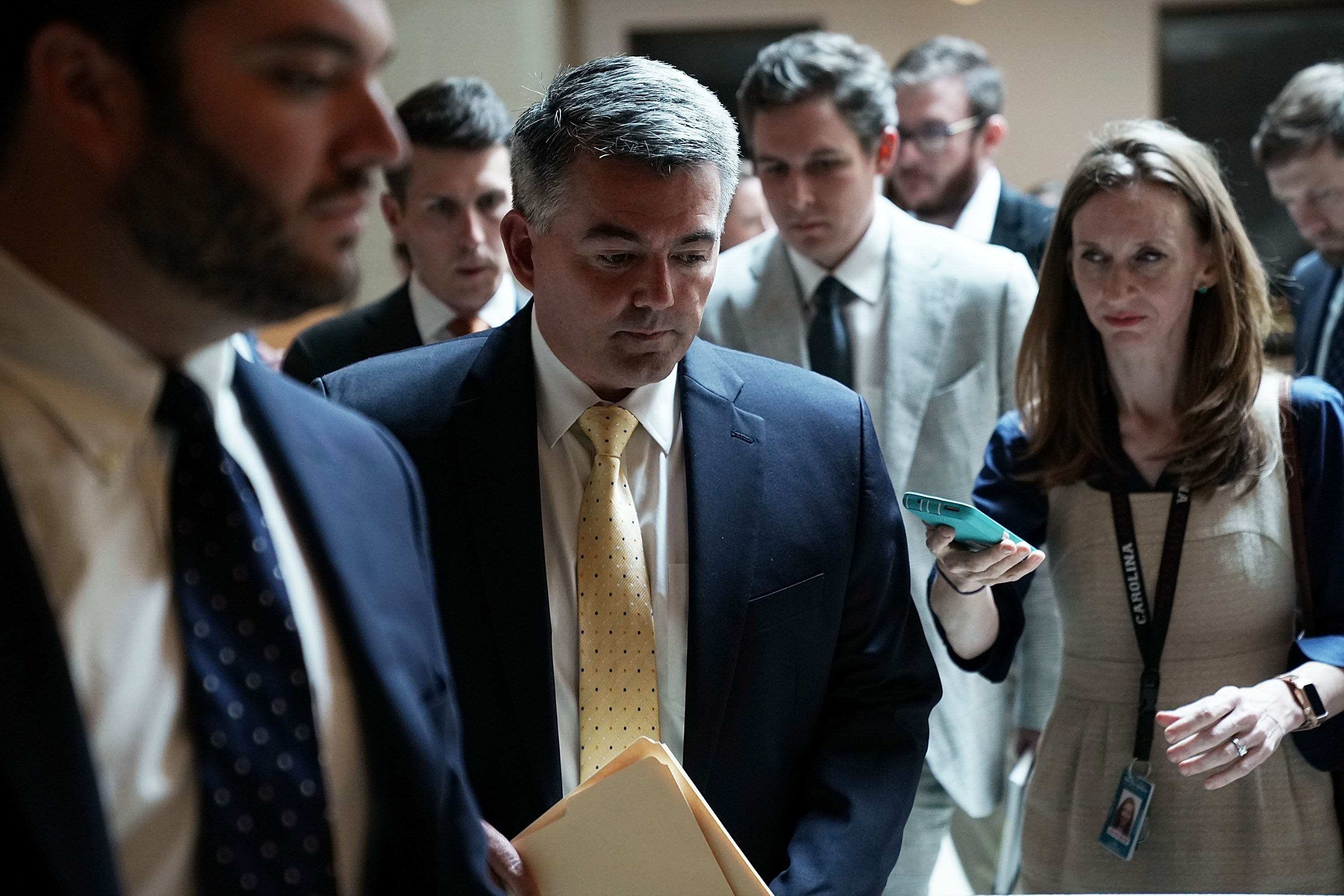 Gardner has represented Colorado since 2015. Several of Gardner’s family members were doxxed in October because he voted to confirm Supreme Court Justice Brett Kavanaugh.

He endorsed Republican Texas Sen. Ted Cruz in the 2016 presidential election, according to Ballotpedia. He called on President Donald Trump to withdraw from the race after a 2005 recording of Trump making lewd comments about a woman was published in October 2016.