“Merrick Garland. Now.
Merrick Garland. Forever.
You killed the albatross.
Wear it around your neck and keep lectures on obstruction and showboating to yourself.” — MSNBC’s “Morning Joe” co-host Joe Scarborough. (RELATED: Joe and Mika Make Our Founding Fathers Roll In Their Graves)

“In other news, somebody just asked me if I’m AOC.” — Pardes Seleh, former scriptwriter for Fox News. (RELATED: Ocasio-Cortez Should Read The Stories She Complains About)

“Are you fucking serious, Mikey?! What about MY family? You gave zero shits about my baby. In all serious [sic] though, this is WHY you shouldn’t back down! This is your chance to be a hero! I’ll loan you some of my balls, hold your hand, or whatever else you need to do the right thing.” — Stormy Daniels, who claims she had sex with President Trump in 2006.

Now the Senate is after him…

Btw … Stormy’s got a gun

“The new nightly routine: brushing my teeth normally then following up by brushing with activated charcoal.” — Paul Brian.

Should he stay or should he go?

“Sometimes the insanity on Twitter makes my brain hurt. Sometimes the hatred makes my heart ache. But I almost never think about leaving. Until now.” — Brian Stelter, chief media correspondent, CNN, in his Wednesday night newsletter. “… I’m not saying everyone should delete their accounts. I’m definitely not saying newsroom bosses should stop reporters from tweeting. I love Twitter and I know that both my personal and professional lives have benefited from it. (I met my wife on Twitter!)”

He’s talking about an op-ed from longtime NYT tech writer Farhad Manjoo, who thinks journos need to tweet less and “lurk more.” The headline of the story is: Never Tweet. But he doesn’t counsel journalists to do exactly that. Instead, he wants you to “disengage from the regular rhythms” of Twitter.

Can Stelter get more annoying? Sure.

“A longtime tech exec emailed me: ‘You guys are the lifeblood of Twitter right now. A huge part of Twitter’s current value is journalists creating content for the site.'” — BS on Thursday at 11:13 a.m.

CNN’s Jim Acosta is upset about no briefings

He’s also writing a book about his experiences at the White House.

The title: The Enemy of the People: A Dangerous Time to Tell the Truth in America

“The last WH briefing was more than a month ago, before the shutdown began. Sanders has not taken one question from the podium about a shutdown that has impacted millions of Americans. We have to catch her in the driveway after her hits on Fox. So the briefing room sits empty.” — Jim Acosta, White House correspondent, CNN.

“If he doesn’t call it ‘Dear Diary,’ what even is the point.” — Sonny Bunch, Washington Free Beacon.

What is this about d*ck measuring?

“There has never been a good state of the union with any actual point, so instead of aggressively dick measuring, maybe just don’t do the thing, never do the thing again, the shut down ALL the government starting with our bases in Saudi Arabia. I should lead all negotiating.” — Asawin Suebsaeng, reporter, The Daily Beast.

Trump avoids a nickname for Nancy Pelosi for now

“‘Or Nancy, as I call her…’ She’s @SpeakerPelosi to you.'”  — CNN commentator Joan Walsh, pretending she’s talking to President Trump.

CNN analyst has to disable her commenters 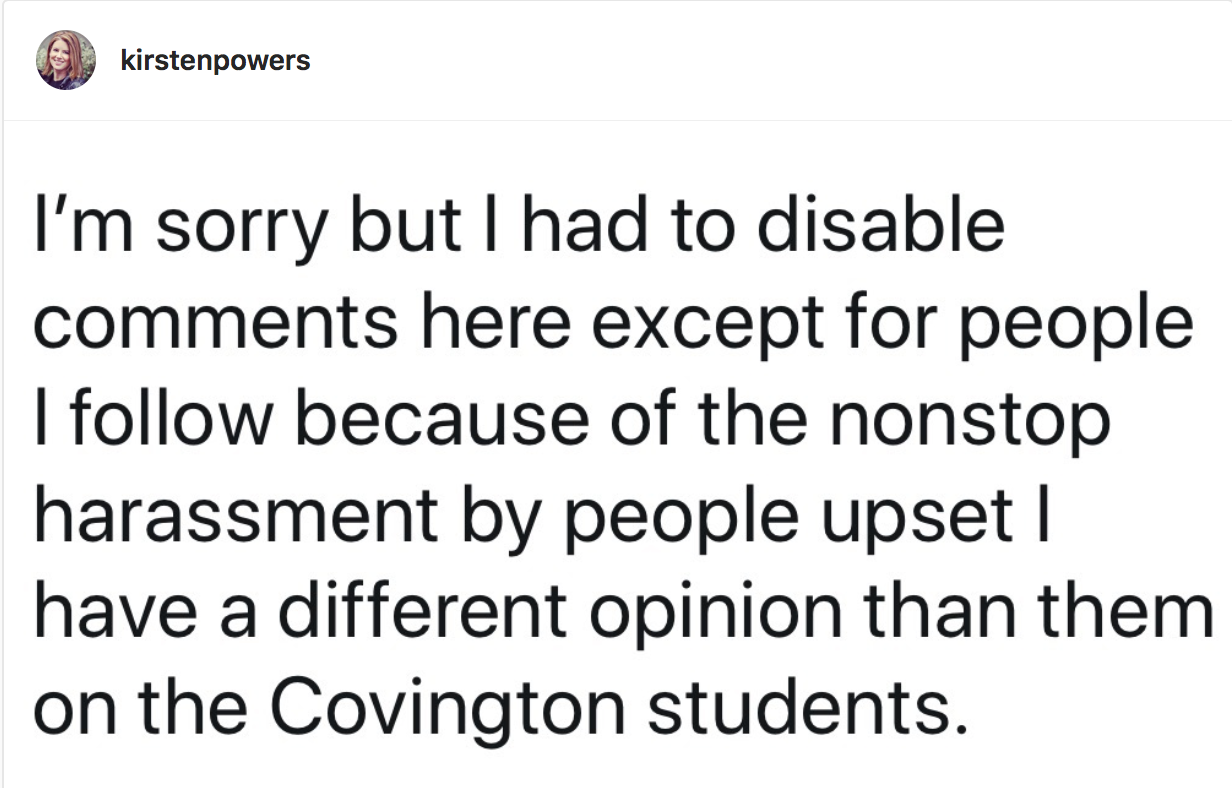 “Some personal news, folks: I’m running… over to the Washington Post to cover the White House and then the 2020 campaign. Looking forward to joining an insanely talented team. Many thanks to my awesome colleagues at Bloomberg, who have made the past five years a true pleasure.” — Toluse Olorunnipa.

HuffPost shuts down its health team

“I spent the last few years reporting on two of the most pressing issues in public health — gun violence and the opioid crisis — and today @HuffPost eliminated its health team. If you’re looking for a creative storyteller with deep sourcing, hire me: erin.l.schumaker@gmail.com” — Erin Schumaker, former HuffPost reporter.

HuffPost shuts down its opinion section

“Hi all. So some sad news. As of this morning, HuffPost’s opinion section is no more. I and the rest of the team have been let go.” — Brian Maygers, ex-opinion, HuffPost.

If you need a current Ted Cruz #beard pic for your reporting … pic.twitter.com/a7eIaxkL8A 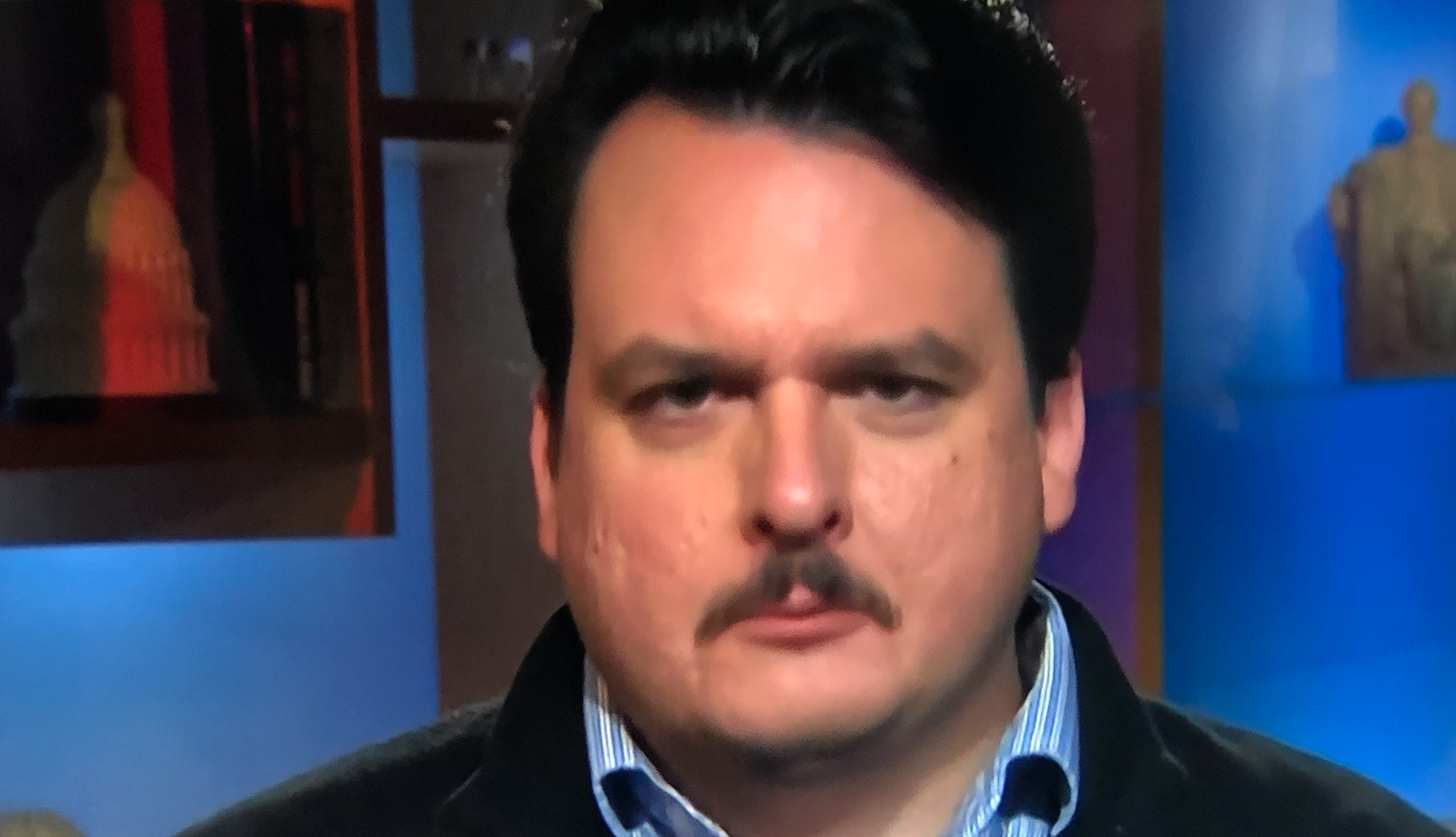