French President Emmanuel Macron is holding a series of town halls across his country in a desperate attempt to quell the angry populace that has risen against him, The New York Times reports.

Macron appeared in the city of Souillac earlier in January to kick off the “Great National Debate,” a two-month series of town hall meetings where the French president will hear questions and rebukes from thousands of his constituents. Macron’s meeting in Souillac lasted roughly eight hours, during which he stood before 600 mayors and “yellow vest” representatives.

Yellow vest protesters — named after the neon-yellow traffic vests they wear — have protested, set fires, blocked roads and destroyed property across France since mid-November. Tens of thousands of protesters have regularly turned out to protest for lower taxes, higher wages and more expansive safety nets. Protesters have also called for Macron’s resignation.

The protests began after Macron proposed hiking the country’s gas and diesel tax once again. Thousands of Frenchmen, worried the new tax hike will drive them into poverty, traveled to Paris to demonstrate against the administration. Macron scrapped the proposed tax hike in December 2018, but the protests have continued.

Macron’s latest gambit to ease the national unrest is to make himself more accessible than he has ever been since the yellow vest movement started. His three prior attempts at reconciliation all failed. (RELATED: France’s Economy Is Reeling From Anti-Carbon Tax Protests) 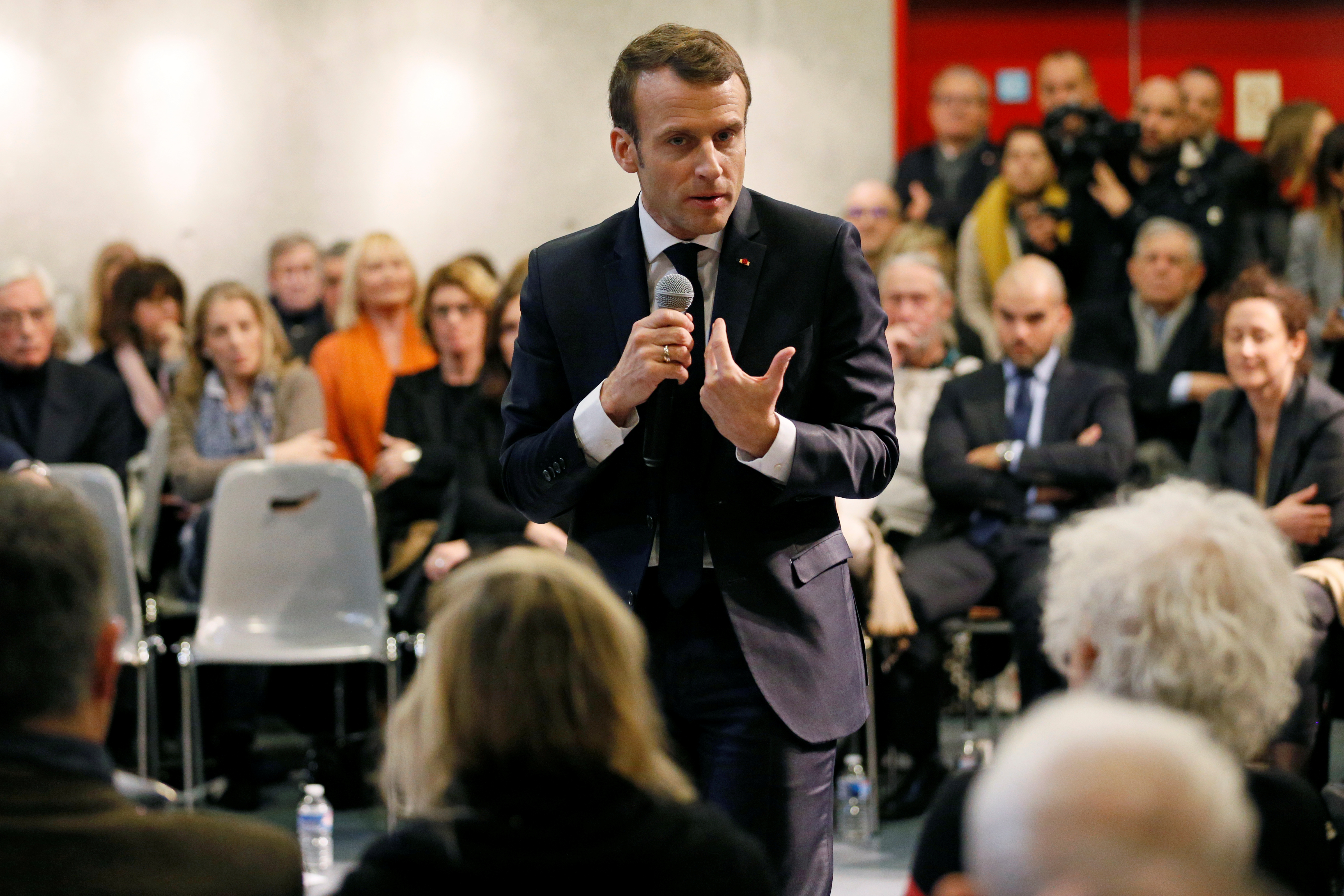 Macron’s first failure to quell the protests was rescinding his proposed tax. The second came Dec. 10 when he delivered a nationwide address begging for the people to give the government “another chance.”

In his third attempt, Macron went tough. He condemned the protesters in a Dec. 31 address to the nation.

Though the protesters believe “that they are speaking in the name of the people … In fact, they are merely speaking for a hateful mob” that targets “police, journalists, Jews, foreigners, homosexuals,” Macron stated.

Macron’s statement had the opposite of its intended effect, riling up more protests and incentivizing further destruction and chaos.