Pope Francis decried the fear of migrants Thursday during his visit to Panama, seemingly advocating for the migrant caravans that flooded the southern U.S. border.

Francis made the comments during his visit to preside over World Youth Day in Panama amid the fomenting of more migrant caravans in Central America. The pontiff urged church leaders to advocate for hospitality and acceptance of migrants in the countries to which they try to gain entrance, which in past months have been Mexico and the U.S. (RELATED: Afghan And Iraqi Interpreters Risk Death, Wait Years For Legal US Visas While Migrant Caravan Demands Immediate Entrance)

“The Church, by virtue of her universality, can provide the fraternal hospitality and acceptance that can enable the communities of origin and of destination to dialogue and to help overcome fears and suspicions,” Francis said, according to The Wall Street Journal.

Francis also told reporters during his flight to Panama that fear over migrants was “making us crazy.”

Francis’ support of migrants, both legal and illegal, has been typical of his papacy. The pontiff spoke in Ciudad Juarez in 2016 as a show of support for the thousands of undocumented Central American migrants hoping to enter the U.S. He decried the gang violence and human trafficking that migrants faced during their journey, which characterized as “forced migration.” 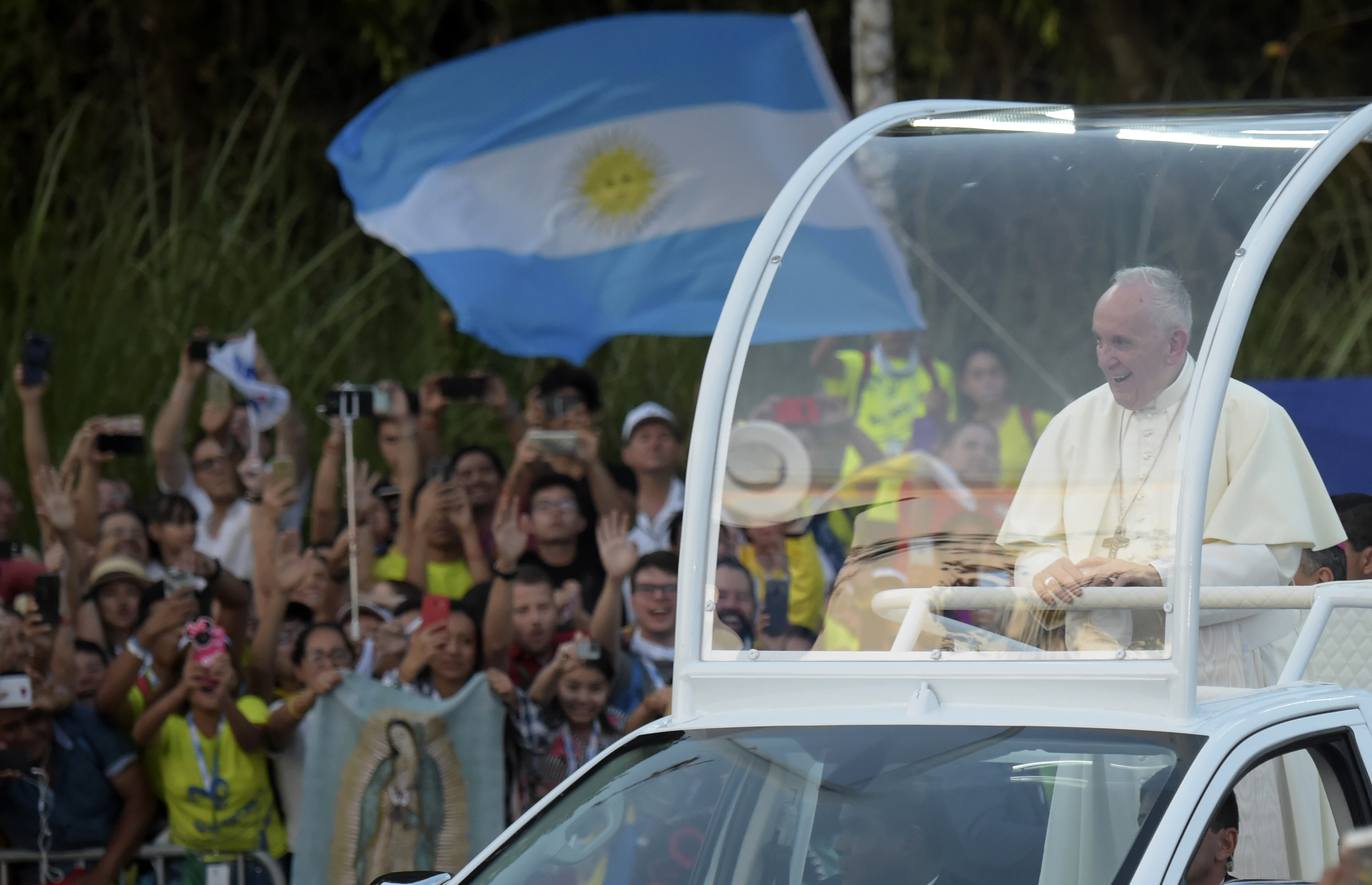 Pope Francis arrives at the nunciature on the popemobile after coming to Panama City for World Youth Day, on January 23, 2019. (RAUL ARBOLEDA/AFP/Getty Images)

“The human tragedy that is forced migration is a global phenomenon today,” Francis said. “No more death! No more exploitation! There is still time to change, there is still a way out and a chance, time to implore the mercy of God.”

Francis has also called for countries across the globe to open their borders to waves of migrants from the Middle East and North Africa, imploring them to abandon their fears of predominantly Muslim migrants despite the Islamic terrorist attacks that have plagued countries with significant migrant populations.