The bipartisan House Climate Solutions Caucus claims it is pushing a “revenue-neutral” carbon tax, but legislation proposed Thursday would hike taxes by at least $1 trillion over the next decade, according to Paul Blair, director of strategic initiatives for the right-leaning policy institute Americans for Tax Reform.

Florida Reps. Ted Deutch, a Democrat, and Francis Rooney, a Republican, reintroduced a bill Thursday that would place a $15-per-ton tax on carbon emissions in 2019. The tax would rise by $10-a-year increments until it hits nearly $100 per ton. (RELATED: Enviros Are Starting To Realize A Carbon Tax Won’t Ever Happen)

“To let the free market price out coal we should consider value pricing carbon,” Rooney said in a statement. “A revenue-neutral carbon fee is an efficient, market- driven incentive to move toward natural gas and away from coal, and to support emerging alternate sources of energy.”

Though Rooney claims the tax is “revenue-neutral,” the plain text of the bill does not include any reciprocal tax cuts to balance out the burden of the added tax on emissions, Blair told The Daily Caller News Foundation.

The Climate Solutions Caucus, co-led by Deutch and Rooney, claims the bill is “revenue-neutral” through carbon dividends. The IRS will pay out the funds raised by the tax to U.S. households, giving “100 percent of net revenues to the American people” and maintaining the bill’s revenue neutrality.

“Historically and for anyone engaged in tax policy, the definition of ‘revenue-neutral’ is and always has been if you increase a tax, the amount of revenue it generates must be offset by an equal tax cut elsewhere,” Blair said. 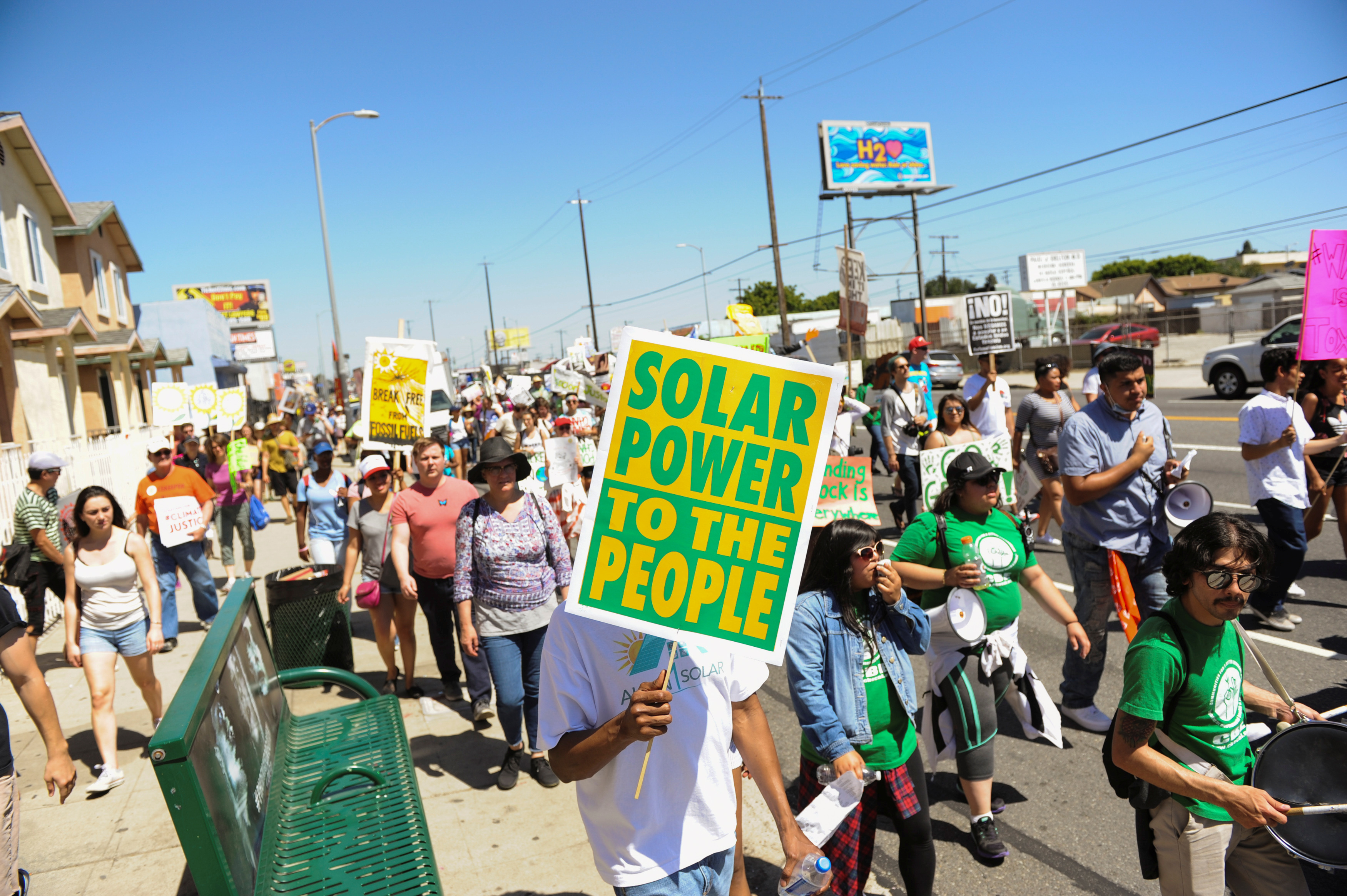 Demonstrators walk on the Pacific Coast highway during People’s Climate March protest for the environment in the Wilmington neighborhood in Los Angeles, California, U.S. April 29, 2017. The march, which specifically protested the expansion of a Tesoro refinery, was held in a heavily industrialized neighborhood and was led by environmental leaders from the indigenous and minority communities. REUTERS/Andrew Cullen

“For the political left and the political right engaged in tax policy, the definition is and always has been that there must be an additional and off-setting tax cut, not a spending program that sends people ‘apology checks’ in the form of welfare for the consequences imposed upon them by a tax increase,” Blair said, pointing out that the “apology checks” sent as carbon dividends will be treated as new spending and do not negate a new tax burden.

The tax proposal’s weight on U.S. residents and businesses is likely to equal at least $1 trillion over the course of a decade. The Congressional Budget Office (CBO) scored a similar proposal of a flat $25-a-ton tax on carbon emissions in December 2018. The CBO found that the $25-a-ton tax would raise more than $1 trillion in new tax revenue over the course of a decade.

Deutch and Rooney’s proposal, though it has not yet been scored, would raise taxes at least that amount over 10 years and possibly much higher because of the tax’s $10-a-year increase up to nearly $100-a-ton, Blair told TheDCNF.

Rooney’s office did not respond to a request for comment by press time.