A Connecticut community college announced Thursday that one of its professor was fired after giving a Nazi salute to administrators at a meeting in November 2018.

Charles Meyrick, former Housatonic Community College assistant professor of business and economics, was fired following an investigation, according to the college.

“On November 2, 2018, Mr. Meyrick attended a meeting of faculty and administrators from the Connecticut State Colleges and Universities (CSCU) at Manchester Community College, where he exhibited unacceptable behavior toward his colleagues,” a school press release said. “The disturbance, which included Mr. Meyrick shouting ‘seig heil’ and using a Nazi salute for over 10 minutes, caused colleagues to become ‘unnerved and fearful that violence would erupt.’ Some began looking for exits and many left the room because they ‘felt threatened and unsafe.'”

The incident occurred after Meyrick was in disagreement with a colleague. The colleague asked Meyrick to leave, which the business professor found “as an effort to silence him for expressing a dissenting opinion,” the school found. Meyrick wanted to show that silencing debate was “tyrannical and wrong” and making the Nazi salute was his way of showing that, according to the investigation report.

Meyrick worked at the school for nine years and 11 people were interviewed as part of the investigation. He was willing to apologize for the salute and Nazi statement. (RELATED: Ocasio-Cortez Compares America’s Past To Nazi Germany, Says US Should Pay Reparations Like They Did)

“Open and free expression is encouraged, but this behavior is not in keeping with our standard for personal and professional conduct,” the college’s president, Paul Broadie II, said in a statement. 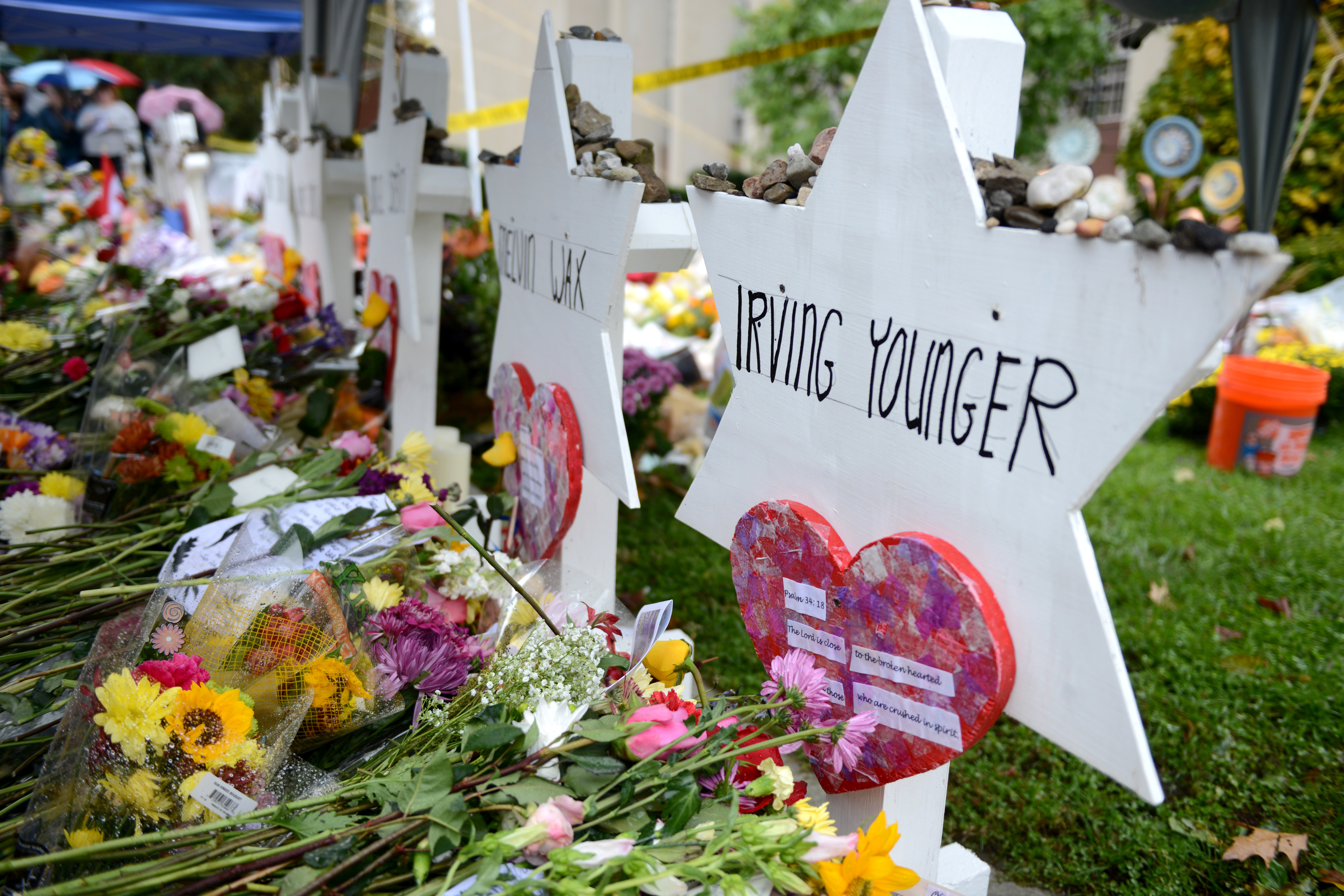 Flowers and other items have been left as memorials outside the Tree of Life synagogue following last Saturday’s shooting in Pittsburgh, Pennsylvania, U.S., Nov. 3, 2018. REUTERS/Alan Freed

Meyrick’s actions came after a shooter opened fire at the Tree of Life synagogue in Pittsburgh on Oct. 27, 2018, which killed 11 people.