Joe Anne Jones confirmed the news to WITN, but declined to elaborate on her husband’s condition. The 75-year-old congressman has missed votes since November and was granted a leave of absence by unanimous consent in the House Of Representatives in December. He was sworn in for his 13th term in his hometown of Farmville, North Carolina. 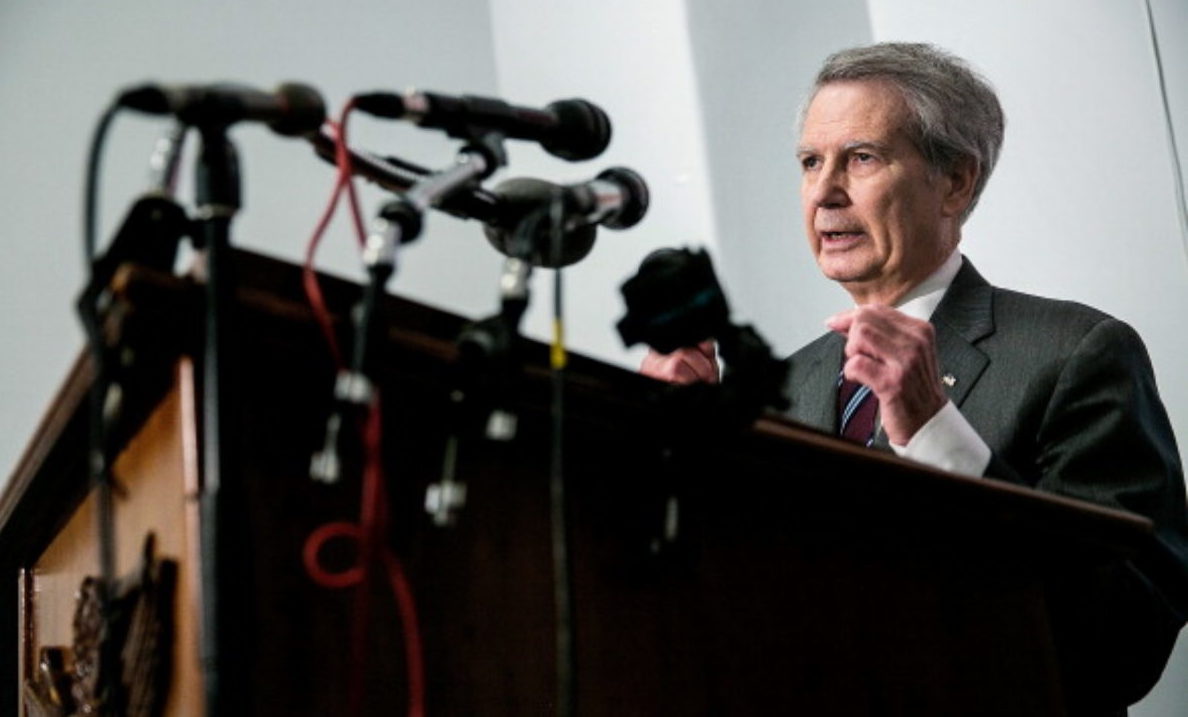 “Congressman Walter B. Jones’ (NC-3) health has declined after sustaining a broken hip last week,” his office said in a statement. “He is now in hospice care. The family asks for your prayers, and for their privacy to be respected during this difficult time.”

Jones was first elected to the House of  Representatives during the Republican wave of 1994, and has represented North Carolina’s 3rd district ever since. Jones had previously announced that the 116th Congress would be his last.

“The news about Walter Jones entering Hospice is extremely sad for the entire Republican family,” North Carolina Republican party Chair Robin Hayes said. “We pray for comfort and peace for him and his family.”

1
'Fat Broads And Horse-Faced Lesbians': Democrats Were Out For Blood From The Get-Go In Wednesday's Debate
Politics
2
Pigeons Wearing MAGA Hats Released In Las Vegas
Politics
3
'Another Slap In The Face': Media Melts Down After Trump Picks Grenell As Acting DNI
Media
4
Mike Bloomberg Said Elderly Cancer Patients Should Be Denied Treatment
Politics
5
Bloomberg Says In Ad He Led NYC Through 9/11. He Became Mayor Months After The Attacks
Politics