President Donald Trump on Sunday tagged the wrong person in a tweet directed at Fox News reporters he criticized for their takes on border wall negotiations.

Instead, one Jillian Turner was, at least for a few minutes, tweeted to 57.8 million of the president’s followers.

President Donald Trump mistakenly tagged her in a tweet when he meant to tag another Gillian Turner.

Jillian Turner seemed to take her sudden notoriety in stride, tweeting, “SO THAT HAPPENED” in response to Jordan Uhl’s tweet. 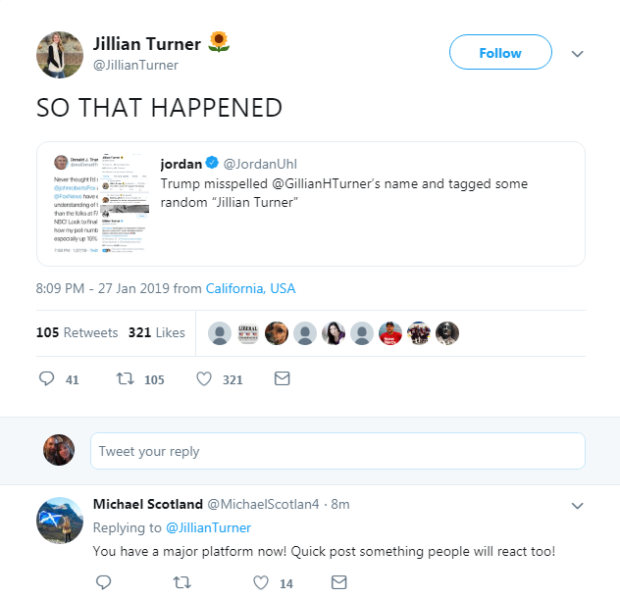 Trump quickly deleted his tweet and tagged the correct Turner:

Never thought I’d say this but I think @johnrobertsFox and @GillianHTurner @FoxNews have even less understanding of the Wall negotiations than the folks at FAKE NEWS CNN & NBC! Look to final results! Don’t know how my poll numbers are so good, especially up 19% with Hispanics?