The lawyer for persecuted Pakistani Catholic woman Asia Bibi returned to Pakistan this weekend to represent his client in a trial that has garnered international attention.

Saiful Malook, who has been living in the Netherlands since November, obtained asylum in Europe in the days following the acquittal of Bibi on a 2010 capital blasphemy charge. Malook told the Associated Press at the time that he and his family had to flee Pakistan “because the followers of hard-line cleric Khadim Hussain Rizvi had threatened to kill him as well as the judges who acquitted Bibi.” (RELATED: Andrew Brunson’s American Pastor Describes Harrowing Turkish Courtroom Experience)

Dutch MP Joël Voordewind, a member of the Christian Union party, tweeted an image of himself Sunday with Malook, whom he accompanied to Amsterdam Airport Schiphol.

“This afternoon [Saturday] I escorted Asia Bibi’s lawyer, Mr. Malook, to Schiphol airport,” the Dutch caption reads. “He returns to Pakistan hopefully to defend Asia for the last time. Unfortunately, he loses his asylum status in [the Netherlands].”

Malook’s client, Bibi, was first accused of blaspheming Mohammed in 2009, when she was reportedly picking berries on a sweltering summer day with other women from her rural village outside of Lahore, Pakistan. According to Bibi, who recounted her experience to French journalist Anne-Isabelle Tollet in 2011, her ordeal began when the others refused to drink after her. (RELATED: Christian Woman Freed From Death Row — She Was Jailed For Insulting Mohammed)

“I want the whole world to know that I’m going to be hanged for helping my neighbor,” the illiterate field hand said to Tollet. “I’m guilty of having shown someone sympathy. What did I do wrong? I drank water from a well belonging to Muslim women, using ‘their’ cup, in the burning heat of the midday sun.”

After being told to fetch water for the other women, Bibi obliged, only to return and be told that her faith had rendered the drinking cup unclean. Bibi’s was the only Christian family in her village, where she had been pressured relentlessly to convert to Islam. Christians make up less than two percent of the population in Pakistan, according to the Library of Congress. (RELATED: Rand Paul Calls On U.S. To Cut Off Aid To Pakistan Until Asia Bibi Is Freed) 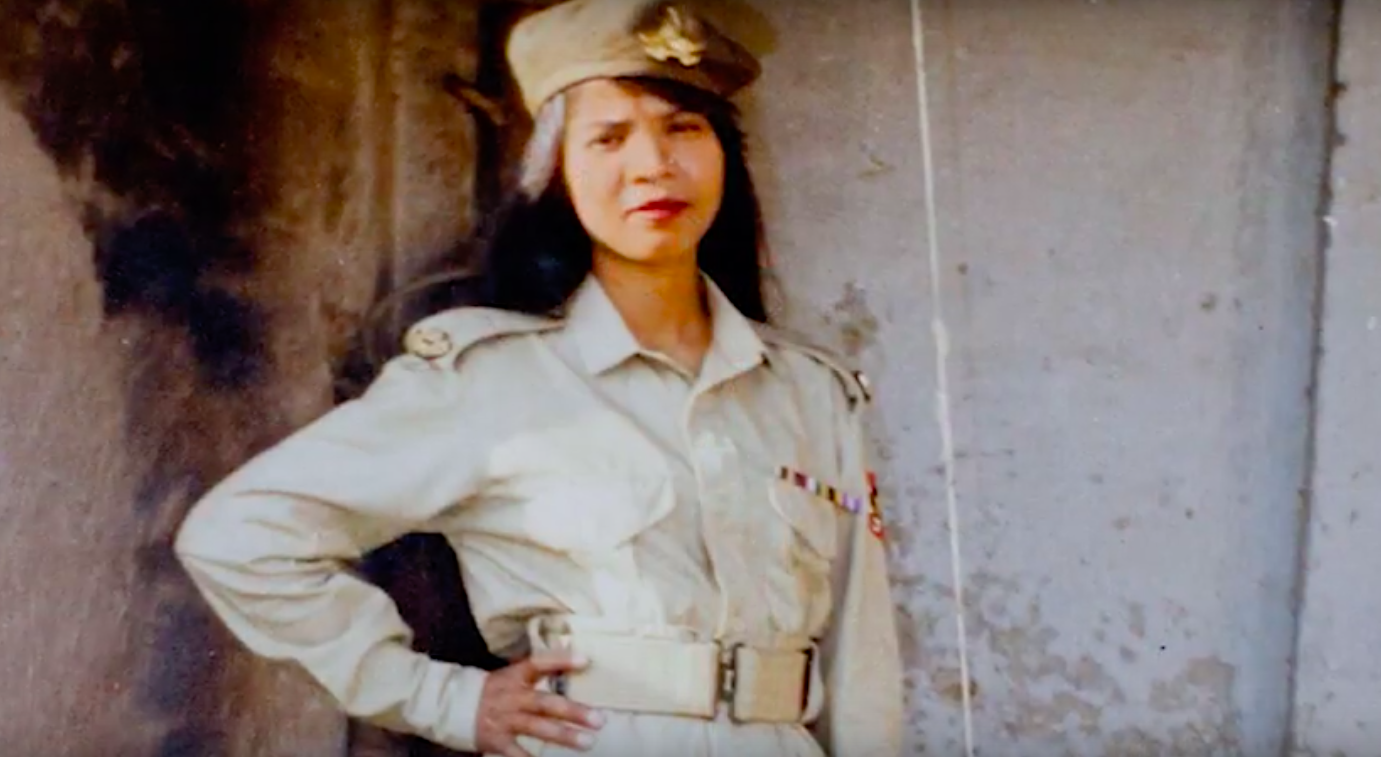 “We Christians have always stayed silent,” Bibi said. “We’ve been taught since we were babies never to say anything, to keep quiet because we’re a minority. But I’m stubborn too and now I want to react, I want to defend my faith. I take a deep breath and fill my lungs with courage.” (RELATED: Nathan Phillips And Other Protesters Storm DC Basilica, Demand Punishment For Covington Boys)

“I’m not going to convert,” Bibi told the women when they began to hurl curses at her, reviling Jesus and demanding her conversion. “I believe in my religion and in Jesus Christ, who died on the cross for the sins of mankind. What did your Prophet Mohammed ever do to save mankind? And why should it be me that converts instead of you?”

Incensed, the villagers hauled Bibi before the village cleric, who demanded that she convert or die. Refusing to deny her faith, Bibi begged for mercy, but was nevertheless dragged off to prison, where she languished in solitary confinement for nearly a decade, awaiting a death sentence. (RELATED: Islamists Going Door-To-Door Looking For Asia Bibi) 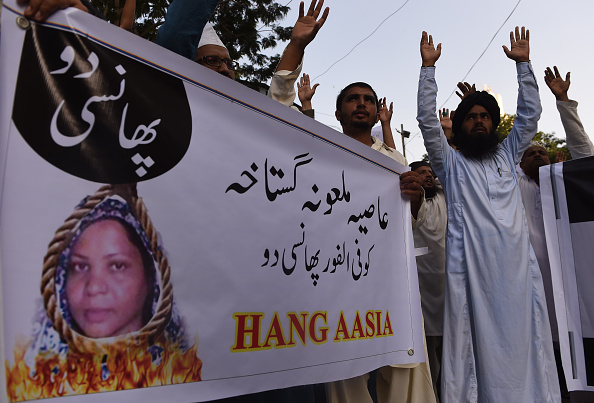 Through the years, Bibi’s case was a continual source of controversy in the Islamic Republic of Pakistan, where blasphemy against the prophet of Islam is a capital crime. Two politicians who used Bibi’s ordeal to call for reformation of the country’s harsh blasphemy law were publicly assassinated.

Malook managed to secure an acquittal for his client from the Supreme Court of Pakistan in late October 2018, but protests erupted across Pakistan because of the verdict, shutting many parts of the country down. In response, Pakistani Prime Minister Imran Khan agreed to issue a travel ban on Bibi until extremists can appeal her acquittal in the trial that takes place Tuesday. (RELATED: Asia Bibi Protest Organizer Charged With Sedition And Terrorism In Pakistan)

Khadim Hussain Rizvi, the radical cleric who fomented the national protests, was arrested and charged by the Pakistani government with terrorism and sedition in December. He remains held on judicial remand, according to reports.

Bibi’s husband appealed to Western leaders for asylum in the interim, and her children have since escaped to Canada, fearing for their lives, according to The Telegraph. (RELATED: Asia Bibi’s Husband Begs Trump For Asylum As Fears For Her Safety Persist)

Pope Francis has expressed solidarity with Bibi, and even sent her a rosary to use for prayer during her imprisonment. According to Vatican News, Bibi expressed gratitude for the papal gift, and said also that “international awareness of my case is fundamental for me. It is thanks to this that I am still alive.”