Potentially millions of federal contractors may not receive back pay for the time they could have been working had the recent federal shutdown not happened, The Washington Post reports.

President Donald Trump and Congress came to a short-term agreement Friday to fund the federal government through Feb. 15 while lawmakers work on a compromise bill for border wall funding. The agreement included back pay for all federal workers that had gone without pay through the shutdown, including those who were furloughed and did not work.

Federal contractors have no legal claim to compensation approved for federal workers. The exclusion has caused some federal contracting companies to run deep deficits. Some contracting employees have lost benefits such as healthcare that they previously received through their employer, according to WaPo. (RELATED: What Shutdown? 82 Percent Of Small Businesses Are ‘Unaffected’ By Federal Lapse)

“It feels like we are still hostages,” federal contractor Janice Morgan told WaPo. “I’m just so happy to be going back to work and to be able to get on with our lives because I need our health insurance to fill these prescriptions. But who knows if this will all happen again in three weeks.”

Morgan must still wait for about another month before receiving a full paycheck because of the delay between completing a federal contract and receiving full payment for the work. 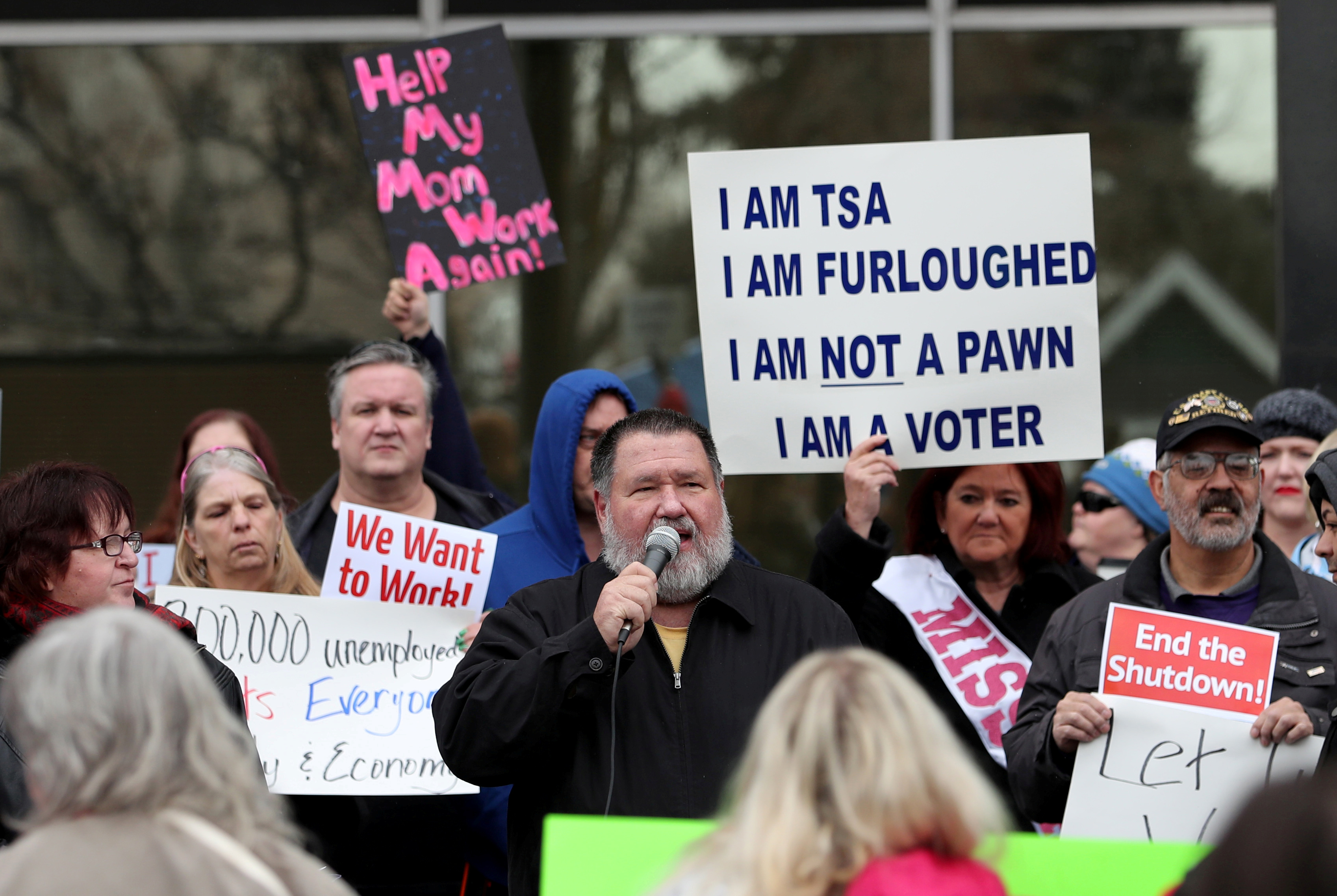 The battle over $5.7 billion worth of border wall funding, fought most prominently between Trump and House Speaker Nancy Pelosi, has spilled over into other issues such as the president’s annual state of the union address to congress. Pelosi has said Trump would not be invited to give a speech until an agreement between the two sides is reached.

If no deal is reached by Feb. 15, the government will likely go into another shutdown or Trump will declare a national crisis along the border with Mexico and use emergency powers to fund the construction of a border wall.