Kate Hudson hit back after reports surfaced that she planned to raise her daughter “genderless,” calling them “silly” and that her children will be free to be “exactly who they want to be.”

“Recently someone asked me something along the lines of, if having and raising a girl is different from boys. My response was simple. Not really,” the 39-year-old actress wrote in a message she shared Monday on Instagram.  (RELATED: Kendall Jenner Goes Topless For Love Magazine Shoot [PHOTOS])

“This whole click bait tactic of saying ‘I’m raising my daughter to be genderless’ is silly and frankly doesn’t even make sense,” she added. “I raise and will continue to raise my children, both my boys and girl to feel free to be exactly who they want to be.”

Hudson continued, sharing that she will raise her kids to be “confident in their life choices” and feel loved “no matter what.”

“Me saying a ‘genderless approach’ was a way of refocusing the conversation in a direction that could exist outside of the female stereotype,” the “How To Lose A Guy In 10 Days” star explained. “It just felt a little antiquated to me. Not all girls want to be a princess, some want to be king. And that’s fine by me.”

“I recognize some want to take the headline earnestly as if I have some new age method of raising my kids and I really do hate disappointing people, but I don’t,” she added. “I just try to raise my kids to be good people with the best tools to face this big crazy world.”

The “Almost Famous” actress wrote that if her kids “grow up and identify with something different than what others want to identify them as” it’s cool with her. 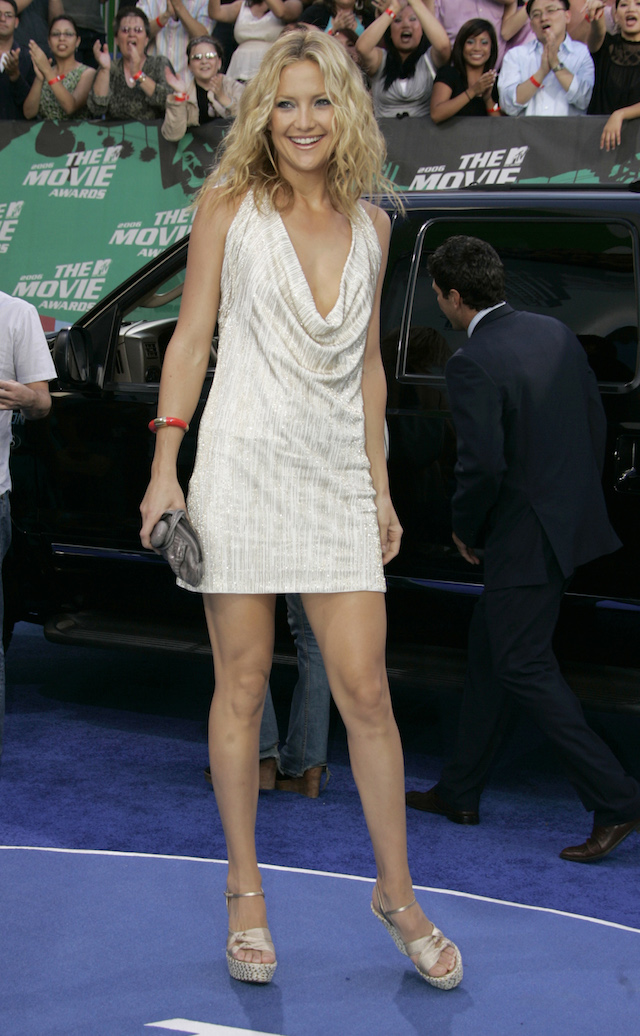 Actress Kate Hudson arrives for the taping of the 2006 MTV Movie Awards in Los Angeles, California, June 3, 2006. The show will be telecast June 8. REUTERS/Fred Prouser

The comments came in response to her latest interview in which Hudson explained that she planned to raise her and musician Danny Fujikawa’s daughter “genderless.”

“[Having a daughter] doesn’t really change my approach, but there’s definitely a difference,” the actress shared. “I think you just raise your kids individually regardless — like a genderless [approach]. We still don’t know what she’s going to identify as.”

Hudson continued, “I will say that, right now, she is incredibly feminine in her energy, her sounds and her way. It’s very different from the boys, and it’s really fun to actually want to buy kids’ clothes.”

As previously reported, “The Bride Wars” star announced the exciting news in October that her daughter, Rani Rose, was born. She original made headlines months before when she revealed she was not only expecting, but pregnant with her first daughter. She has two sons from previous relationships.