America’s space program suffered arguably one of the worst incidents in space history 33 years ago on Jan. 28, 1986 and it unfolded right in front of millions of school children.

Teachers across the nation displayed the Challenger space shuttle launch in their classrooms for students to bear witness to NASA’s first ever Teacher in Space Project, in which Christa McAuliffe, a teacher from Concord, New Hampshire, was expected to be the first in her profession to reach space. The project was developed to motivate students and pay homage to teachers, CBS Miami reported.

The failure of a large external fuel tank, which ultimately exploded off the coast of Florida over the Atlantic Ocean, disintegrated the shuttle and its crew members. “Perhaps we’ve forgotten the courage it took for the crew of the shuttle; but they, the Challenger Seven, were aware of the dangers, but overcame them and did their jobs brilliantly,” former President Ronald Reagan said in a speech addressed to the nation several hours after the accident. “We mourn seven heroes: Michael Smith, Dick Scobee, Judith Resnik, Ronald McNair, Ellison Onizuka, Gregory Jarvis and Christa McAuliffe.”

Reagan also addressed school children directly. “I know it is hard to understand, but sometimes painful things like this happen,” he said in his speech. “It’s all part of the process of exploration and discovery. It’s all part of taking a chance and expanding man’s horizons.” (RELATED: 5 Of Trump’s Lines That Sounded Exactly Like The Ronal Reagan We Knew And Loved)

Despite several previously successful missions, just 73 seconds into the launch, the Challenger crew died from an explosion that incurred due to bitter cold temperatures and a “decision to launch the Challenger [that] was flawed,” according to an after-action report from the Presidential Commission on the Space Shuttle Challenger Accident.

“Just after liftoff at .678 seconds into the flight, photographic data shows a strong puff of gray smoke was spurting from the vicinity of the aft field joint on the right solid rocket booster,” a 2005 post on NASA’s website said. As smoke continued to pour out, it changed from a greyish color to a very dense black, indicating that joint insulation and rubber O-rings in the joint seal of the rocket booster were being burned and eroded from the hot propellant gasses. 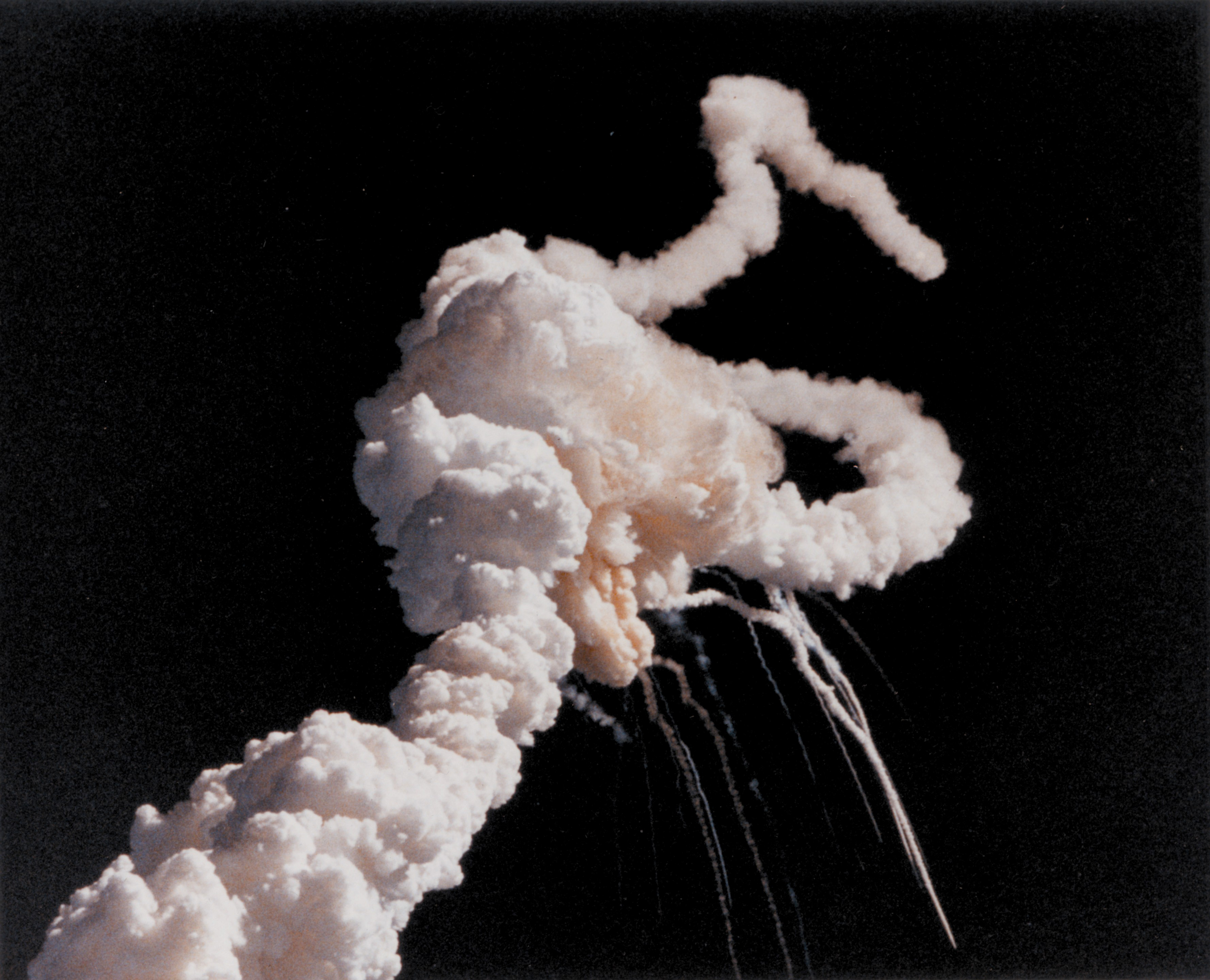 The space shuttle Challenger and her seven-member crew were lost when a ruptured O-ring in the right solid rocket booster caused an explosion soon after launch from the Kennedy Space Center in this NASA handout photo dated Jan. 28, 1986. REUTERS/NASA/Handout

“The weather conditions leading up to the launch were likely the primary reason why the O-ring failed after ignition,” Brian Lada, an AccuWeather meteorologist, wrote Monday in an article on AccuWeather.com.

The decision to launch at that time disregarded a recent history of problems concerning the O-rings, as well as an initial recommendation by a contractor and engineers advising against the launch at temperatures below 53 degrees Fahrenheit, according to the Jan. 31, 1986 report from the Presidential Commission on the Space Shuttle Challenger Accident.

“I’ve always had great faith in and respect for our space program, and what happened today does nothing to diminish it,” Reagan said in his speech. “The crew of the space shuttle Challenger honored us by the manner in which they lived their lives. We will never forget them, nor the last time we saw them.”