A New York City woman was stuck in an elevator from Friday evening until she was rescued Monday morning.

Marites Fortaliza, 53, a housekeeper for billionaire and conservative political donor Warren Stephens, was caught between the second and third floors of the Upper East Side townhouse, the New York Post reported Monday.

Fortaliza did not have a phone with her, according to ABC News. She was taken to a hospital after firefighters pried the elevator’s doors open shortly after 10 a.m. Monday.

The New York City Department of Buildings gave the townhouse two violations, one in 1996 and another in 2008, related to elevator maintenance, the Post reported. 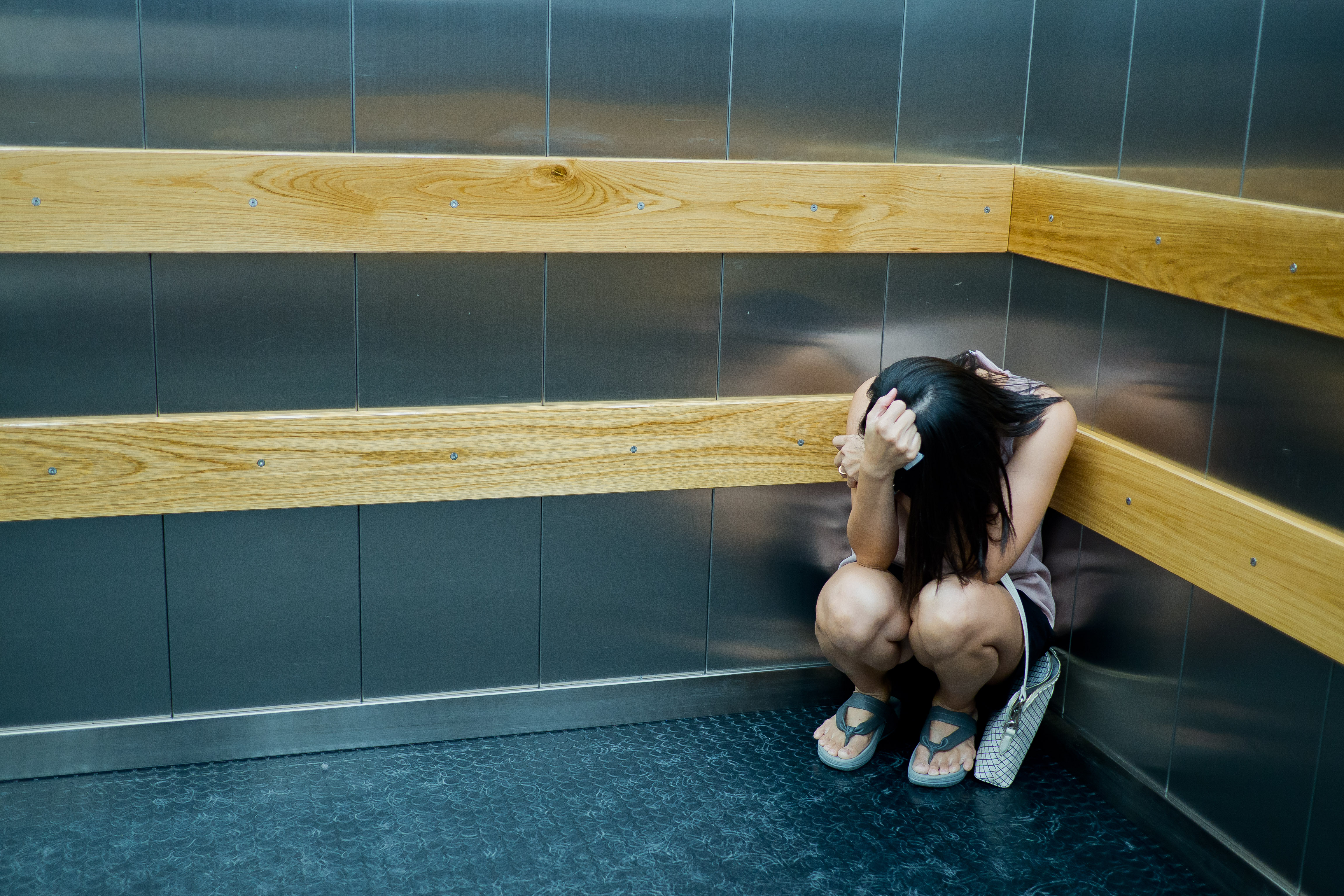 Pictured is a woman stuck in an elevator. SHUTTERSTOCK/suriyachan

A NYC’s Department of Buildings spokesperson said aggravated violation was issued for not allowing inspectors to look at the elevator, according to ABC News. The spokesperson added there could be more violations issued. (RELATED: MSNBC Reporter Tries To Corner Pro-Kavanaugh Woman)

The city’s Department of Buildings recommends trapped persons ring the elevator alarm if there is one, relax and refrain from forcing the doors open.