Fox News Chief White House Correspondent John Roberts joked about President Donald Trump’s recent criticisms of him, during and after the Monday press briefing at the White House.

“Never thought I’d say this but I think [John Roberts] and [Gillian Turner] [Fox News] have even less understanding of the Wall negotiations than the folks at FAKE NEWS CNN [and] NBC! Look to final results! Don’t know how my poll numbers are so good, especially up 19% with Hispanics?” Trump tweeted Sunday. (RELATED: Trump Says ‘Fake News’ CNN Is Better Than Fox News At This One Thing’)

Once Sarah Sanders called on him during the briefing, Roberts answered, “Since I know so little about this, let me ask you a couple questions. See if I can educate myself.”

“At least we’re all in agreement on something,” Sanders responded with a smile.

Roberts followed up, “Senator Joe Manchin said yesterday that if the president were to move further on DACA and offer at least a path to status, if not a path to citizenship, he’d likely get more Democrats to come to his idea about the need for a border barrier.”

Then, after the briefing, Roberts appeared on “Your World With Neil Cavuto.”

“John, I know you don’t know much about the wall and what goes into it. I’m joking. But I did want to get your take on where we’re going to be in 18 days. It sounds maybe right back to where we were,” Cavuto began.

“You know what?” Roberts responded. “I might not know much about negotiations, but one thing is clear: I have no clue where we’re going to be Feb. 15. It’s possible that the president could declare an emergency, try to start building the wall.”

The president accidentally tweeted at a random woman with the same name as another Fox News reporter Gillian Turner. He later tweeted the same thing but added the right reporter’s Twitter handle. 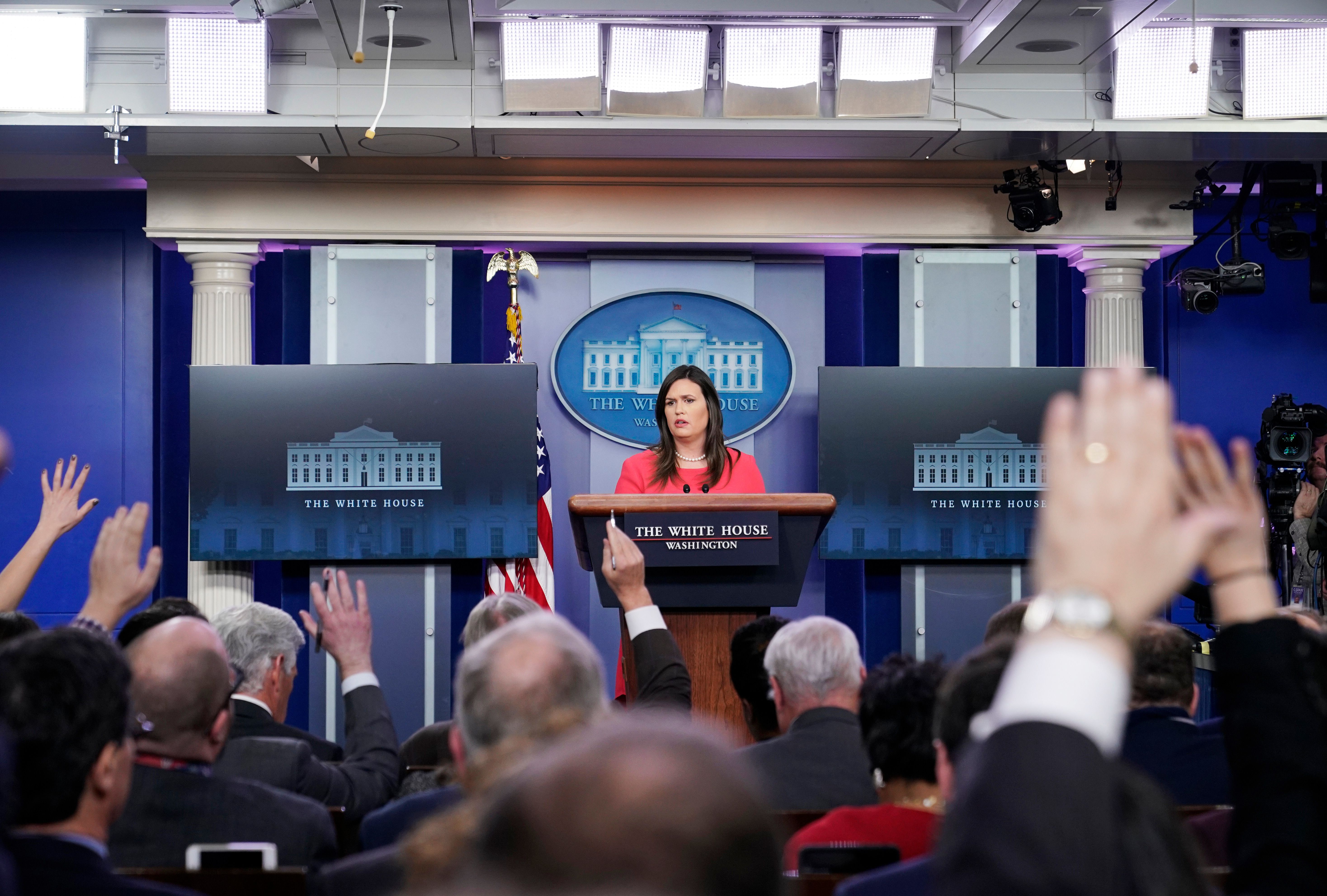 This was the White House’s first press briefing since before the government shutdown.