President Donald Trump is entering a fraught period of negotiations with congressional leaders this week after reopening the federal government with no concessions on wall funding.

Trump pledged to reopen the government Friday after a 34-day standoff with Democratic lawmakers centering around his demand for $5.7 billion in border wall funding. Throughout the negotiations process, Democratic lawmakers rebuffed nearly every offer from the White House, saying they would provide no more than $1.6 billion in border security funding, and that none of it could be used toward a wall. 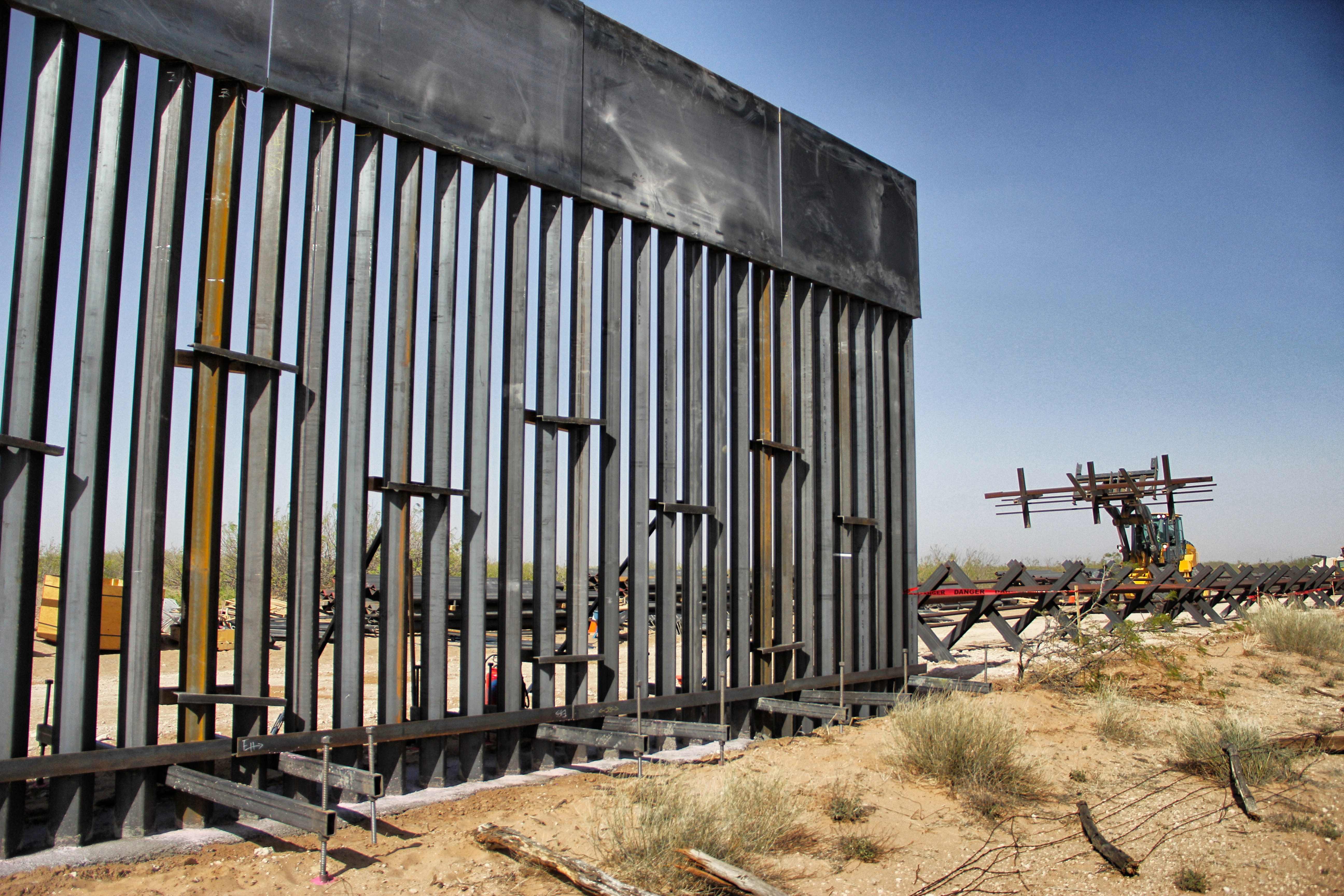 US workers are photographed during construction of 32km of the border wall by order of US President Donald Trump on the border between Ciudad Juarez, Chihuahua state, Mexico and Santa Teresa, New Mexico state, US, on April 17, 2018. AFP PHOTO / HERIKA MARTINEZ

Trump pledged to his supporters that the government would reopen for 3 weeks while a conference committee of lawmakers came together to forge a bipartisan bill, which can pass both houses of Congress, and fulfill his demand for border wall funding. The president said that if a deal cannot be reached, he will then declare a national emergency, and use his powers as commander in chief to begin construction on the wall. (RELATED: Sources: Trump ‘Not Backing Down’ Ahead Of Senate Vote, Seeks Republican ‘Unity’)

Democratic leaders Nancy Pelosi and Chuck Schumer, however, said in a Friday press conference that they’re opposed to a wall. Two administration officials familiar with past negotiations said they are not optimistic that anything of worth will come in 3 weeks, and that a national emergency declaration is all but inevitable.

The president himself seemed to echo this sentiment in a Sunday interview with The Wall Street Journal, telling the publication, “I personally think it’s less than 50-50” chance that a deal with Congress can be reached. Trump added that he doubted he would accept any congressional deal that offered him less than 5.7 billion dollars in funding.

“I have to do it right,” Trump continued of any deal for building a border wall, noting that he would not even rule out bringing about another government shutdown to get what he wants. Trump is expected to make his demand for a wall a central part of his State of the Union address, which will be delivered on an undetermined date in the near future.

Trump was originally set to deliver the speech Tuesday, but had it canceled by Pelosi because of the government shutdown.

Officials told The Daily Caller that Trump is particularly incensed with news media coverage of his decision to reopen the federal government and is especially sensitive to language that he gave in to Pelosi’s intransigent position.

Trump sought to dispel this notion several times over the weekend with tweets aimed at assuring supporters that he would eventually fulfill his signature campaign promise.

Never thought I’d say this but I think @johnrobertsFox and @GillianHTurner @FoxNews have even less understanding of the Wall negotiations than the folks at FAKE NEWS CNN & NBC! Look to final results! Don’t know how my poll numbers are so good, especially up 19% with Hispanics?

21 days goes very quickly. Negotiations with Democrats will start immediately. Will not be easy to make a deal, both parties very dug in. The case for National Security has been greatly enhanced by what has been happening at the Border & through dialogue. We will build the Wall!