The five-week government shutdown caused the number of immigration cases waiting to be heard in court to grow by 10 percent after furloughed lawyers weren’t able to process cases.

An already massive case backlog grew from roughly 800,000 to 880,000 cases between Dec. 21 and Jan. 11, The Wall Street Journal reported Tuesday. Close to 43,000 scheduled hearings were canceled during the time period while Justice Department lawyers were furloughed and could not hear cases, according to data from the Transactional Records Access Clearinghouse, the WSJ reported.

“It’s chaos on top of disaster,” said retired immigration judge and former chairman of the Board of Immigration Appeals, Paul Wickham Schmidt. “It’s already a system bursting at the seams.”

Employers have also been unable to check the status of their employees during the partial-government shutdown. Employers were unable to enroll in, create new or view existing cases with E-Verify, the online tool allowing companies to verify that their employees are legal citizens. Supporters of the system say the tool makes it more difficult for illegal immigrants to find employment in the U.S. (RELATED: 75 Percent Of Population Growth In Maine’s Largest City Comes From Foreign Born Individuals)

Approximately 55,000 of Customs and Border Protection’s 60,000 employees worked without pay during the shutdown, according to data from the Department of Homeland Security.

“We have a shutdown over border security and immigration, but they shut the mechanism that issues final deportations. How does that make sense?” Schmidt said to the WSJ.

Immigrant and border security advocates alike say that court delays do damage. The Trump administration alleges that delays allow illegal immigrants to remain in the U.S. when they might otherwise be deported, while immigrant advocates maintain that delays dilute asylum claims. 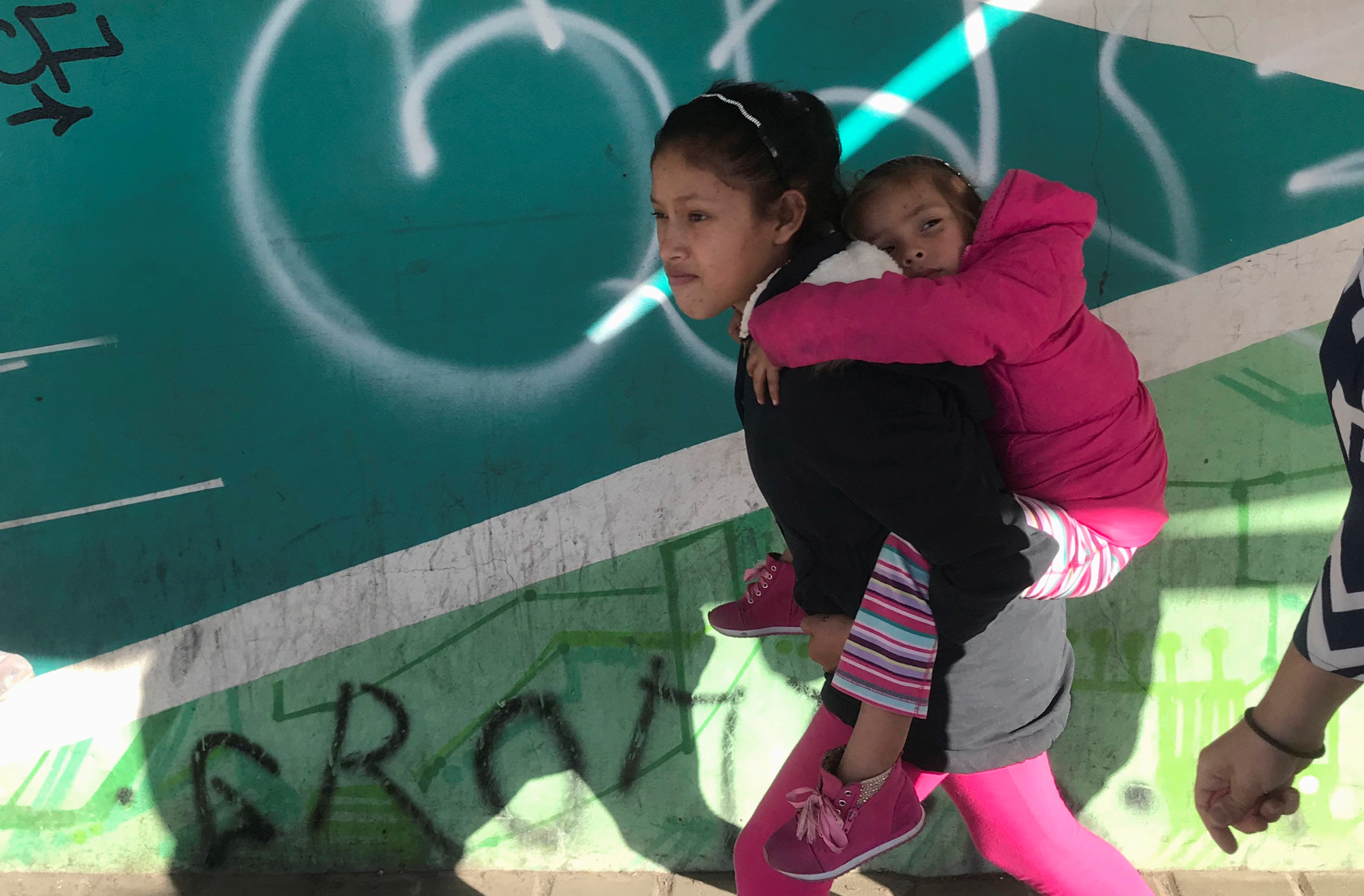 Children of Maria Meza, a 40-year-old migrant woman from Honduras, part of a caravan of thousands from Central America trying to reach the United States, on their way to the Otay Mesa port of entry in San Diego to be processed as an asylum seeker, in Tijuana, Mexico December 17, 2018. REUTERS/Mohammed Salem

The shutdown ended Friday after President Donald Trump signed a bill to reopen the government until Feb. 15. The shutdown is the longest in U.S. history and centers over a battle on border wall funding.

Prior to the government’s reopening, 10 percent of Transportation Security Administration (TSA) workers scheduled to work on Jan. 20 decided not to show, citing “financial limitations” as they worked without pay during the shutdown.

Federal workers are expected to receive back pay by the end of the week, according to a statement from acting White House chief of staff, Mick Mulvaney. Roughly 800,000 federal employees missed their first paychecks on Jan. 11.