Baier specifically asked Perez about Tlaib, as well as the DNC’s decision to withdraw their support from the Women’s March earlier this month. Some of the leaders of the Women’s March have been accused of espousing anti-Semitism and of having ties to Nation of Islam leader Louis Farrakhan. Farrakhan compared Jewish people to termites in October.

“I want to ask you two tougher questions about some threads of what critics call anti-Semitism in the Democratic Party,” Baier asked. “Representative from Michigan, Rashida Tlaib, is coming under criticism for her interactions, members of a Facebook group ‘Palestinian American Congress’ where members demonize Jews, a long article about that with specifics in The Daily Caller. You recently pulled the DNC out of a Women’s March. Was it because of concerns about anti-Semitism?”

The Daily Caller News Foundation reported Monday that one of Tlaib’s key fundraisers, Maher Abdel-qader, has repeatedly promoted antisemitic conspiracy theories. The two of them are in a Facebook group that has shared antisemitic content. (RELATED: ADL Demands Tlaib Explain Her Relationship With Pro-Hezbollah Activist)

Tlaib has also received backlash after a photo surfaced of her with a pro-Palestinian activist who doesn’t believe Israel has a right to exist. The activist, Abbas Hamideh, explained to TheDC previously that they know each other, but he doesn’t classify them as friends. 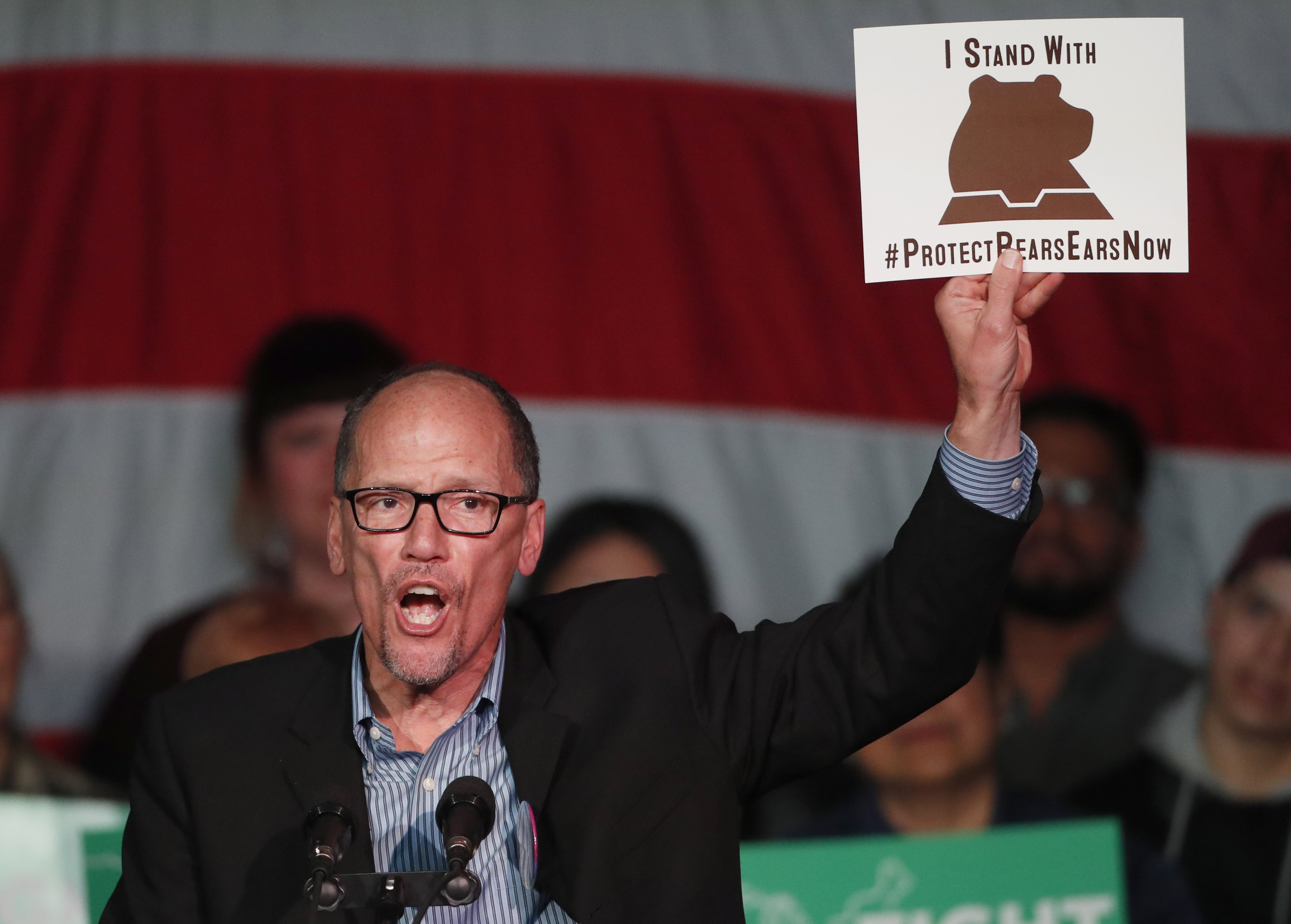 “We had a host of concerns, and we wanted to make sure that we were clear in our values, and the Democratic Party, our platform has been very clear about Israel, it’s been very clear about dignity for both Israel and the Palestinian people,” Perez answered. “A two-state solution is the way to go. A two-state solution negotiated directly by the parties, that is what we have to do, and frankly, I think this administration, through their wedge actions—their divide and conquer actions—has made that possibility of a two two-state solution that much more remote.”

One of your predecessors as DNC chair, Debbie Wasserman Schultz, did released a statement about that Women’s March, saying, ‘While I still firmly believe in its values and mission, I cannot associate with the National March’s leaders and principles which refused to completely repudiate anti-Semitism and all forms of bigotry. I cannot walk shoulder-to-shoulder with leaders who lock arms with outspoken peddlers of hate. We have seen the concerns about Louis Farrakhan and others.’ I’m asking you kind of straight, is there a concern in your party about this threat?

“We’ve been very clear in the Democratic Party about inclusion, about fighting anti-Semitism,” Perez responded. “We were very clear, it was not hard after Charlottesville to condemn what took place. Unfortunately, for the president of the United States it was hard.”

He did not address the claims TheDCNF made against Tlaib at all.