The European Commission approved U.S. soybeans to be used in the production of biofuels, a decision that will fulfill President Donald Trump’s demand that the European Union buy more of the product.

“Today’s decision is new proof that the European Union is delivering on our commitments,” EU Commission spokesman Margaritis Schinas said Tuesday. “[T]his means that as of today it will be easier for U.S. soybeans to enter the EU market.”

The EU currently imports around 14 million tonnes of soybeans annually for animal feed. The U.S. already holds a commanding share of the market. However, the commission’s decision to allow U.S. soybeans to be used in the making of biofuels — an agriculture-based energy alternative to fossil fuels — is expected to dramatically increase demand in Europe.

The approval follows months-long negotiations between the White House and EU leaders. Trump agreed in July not to slap tariffs on European vehicles in exchange for promises that EU member countries would purchase more U.S. natural gas and soybeans. That original agreement already helped pave the way for a 112 percent increase in U.S. soybean imports in the second half of 2018.

“We agreed first of all to work together toward zero tariffs, zero non-tariff barriers and zero subsidies on non-auto industrial goods,” the president said immediately after the July compromise, adding that “the European union is going to start almost immediately to buy a lot of soy beans.” (RELATED: Former Obama-Era Attorney Under The Impression Trump Can Be Charged With Crime For Leaving NATO)

The Commission’s recognition of American soybeans for use in biofuels will be valid until July 1, 2021. However, government leaders would be able to set extensions. 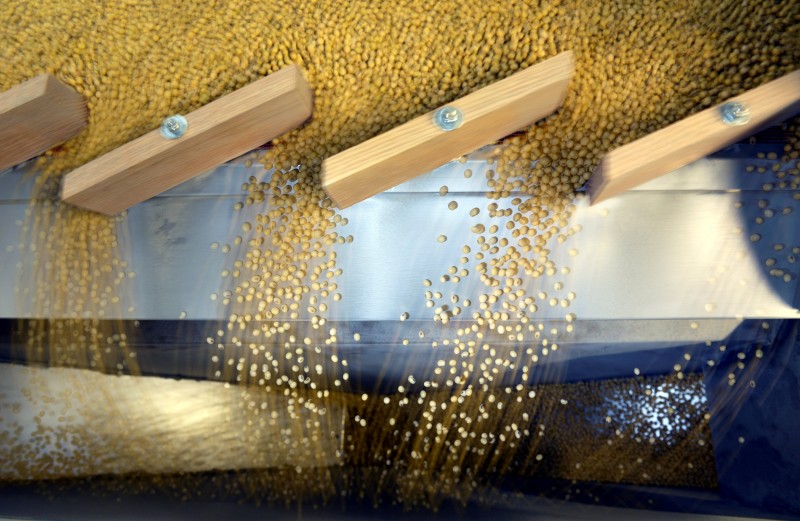 FILE PHOTO: Soybeans being sorted according to their weight and density on a gravity sorter machine at Peterson Farms Seed facility in Fargo, North Dakota, U.S., December 6, 2017. REUTERS/Dan Koeck/File Photo

The EU isn’t the only foreign government the White House has tussled with over trade disagreements.

Trump — who campaigned on a platform of ending “unfair” trade deals — has led an unprecedented effort at reforming trade relations with China. In exchange for not slapping the Communist country with more tariffs, Chinese leaders have pledged to buy more American products and a number of other concessions. Those negotiations are reaching their final stages.