Republican Maine Sen. Susan Collins revealed that she is not ready to endorse President Donald Trump for the 2020 presidential election, during an interview with PBS’s Judy Woodruff Tuesday night.

“We’re even hearing conversation from Republicans who may be thinking about challenging President Trump for the Republican nomination. Are you at this point prepared to endorse President Trump?” Judy Woodruff asked.

“I’m really focused on my own campaign for 2020, and I really haven’t focused on the presidential campaign. So I’m not prepared at this point to make that decision,” Collins responded. (RELATED: Planned Parenthood And Sen. Susan Collins Tussle Over Kavanaugh Vote)

Woodruff followed up, “But do you expect at some point, between now and November of 2020, to endorse the president, since you’re a Republican?”

“I don’t know. I’m going to have to see what happens between now and then, and look at what his record is. I can’t imagine that I would endorse any of the Democrats who are running right now, but I’m going to focus on 2020 in 2020,” Collins answered.

“But you’re leaving the door open to perhaps supporting another Republican?” Woodruff added.

The senator countered, ‘Well, I’m just not focused on it, Judy, right now, so I’m neither ruling it nor ruling it out.” 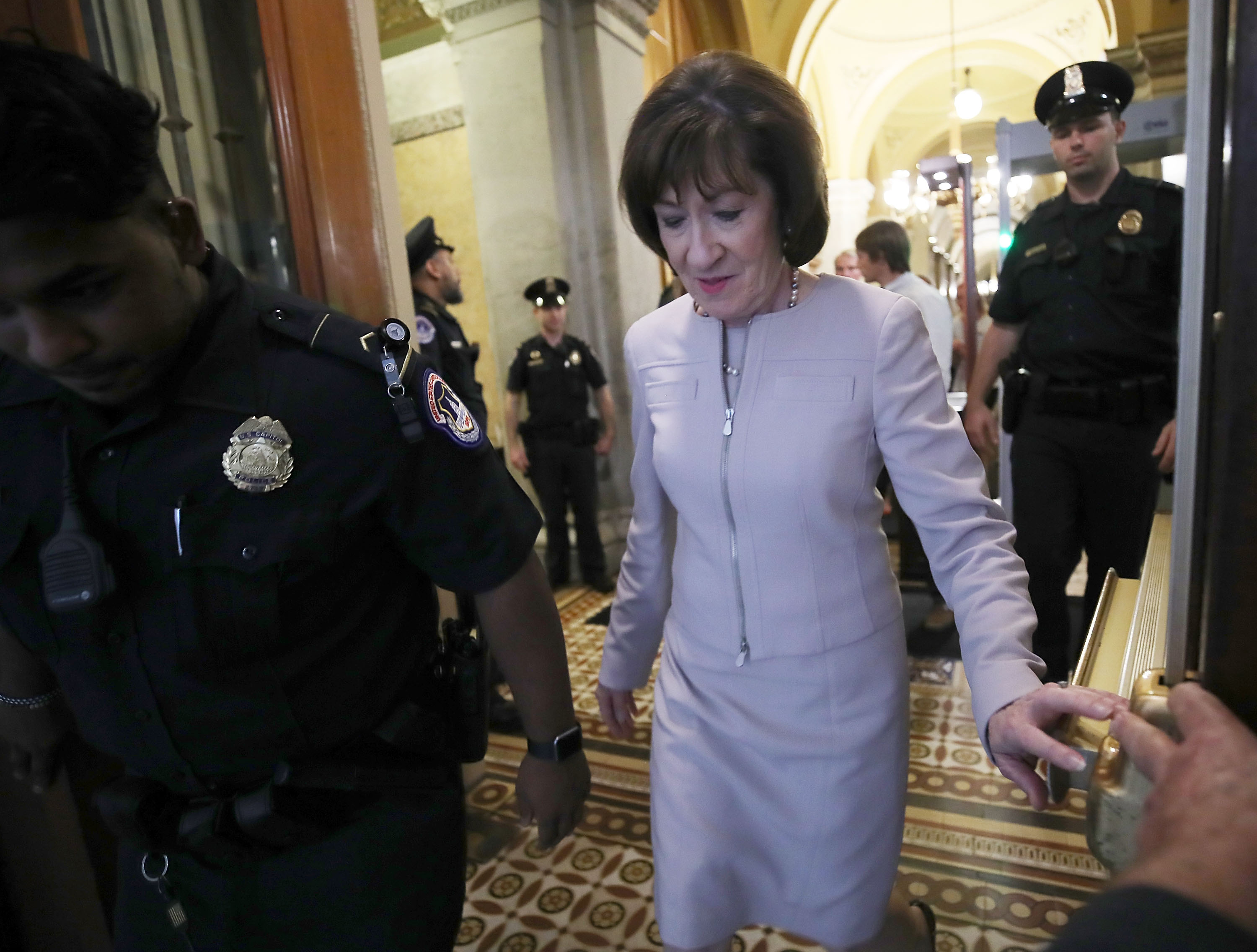 Sen. Susan Collins walks out of the carriage entrance of the U.S. Capitol after announcing that she would vote yes on the nomination of Supreme Court Judge Brett Kavanaugh to the U.S. Supreme Court, at the U.S. Capitol, October 5, 2018 in Washington, DC. Mark Wilson/Getty Images

While nearly 10 Democrats (and some independents) have announced presidential runs—or expressed interest in running—it remains unclear as to whether or not anyone will challenge the president for the Republican nomination.