A federal grand jury charged the man suspected of killing 11 people at the October Tree of Life synagogue shooting in Pittsburgh with 13 hate crime violations.

The jury added the hate crime charges and six other charges Tuesday, including discharging a firearm during a violent crime and obstructing religious observance, to the 44 other criminal charges that a federal jury levied against Robert Bowers in November of 2018, according to The Associated Press. Bowers pleaded not guilty to his initial 44 charges in November. (RELATED: Julian Edelman’s Cleats Honoring ‘Tree Of Life’ Shooting Victims Purchased For $10,000. Funds Will Go To Victims)

Prosecutors also added allegations that Bowers wounded a police officer during the shooting, bringing the number of allegations against him to a total of five.

The federal indictment against Bowers states that he told authorities he wanted to “kill Jews” when they apprehended him at the scene of the shooting. He also reportedly yelled “All Jews must die” upon entering the synagogue and opening fire at the congregants.

The indictment also said that Bowers posted a hostile message on social media saying that one of the three congregations holding services at the synagogue was bringing in “hostile invaders” by hosting events for refugees. 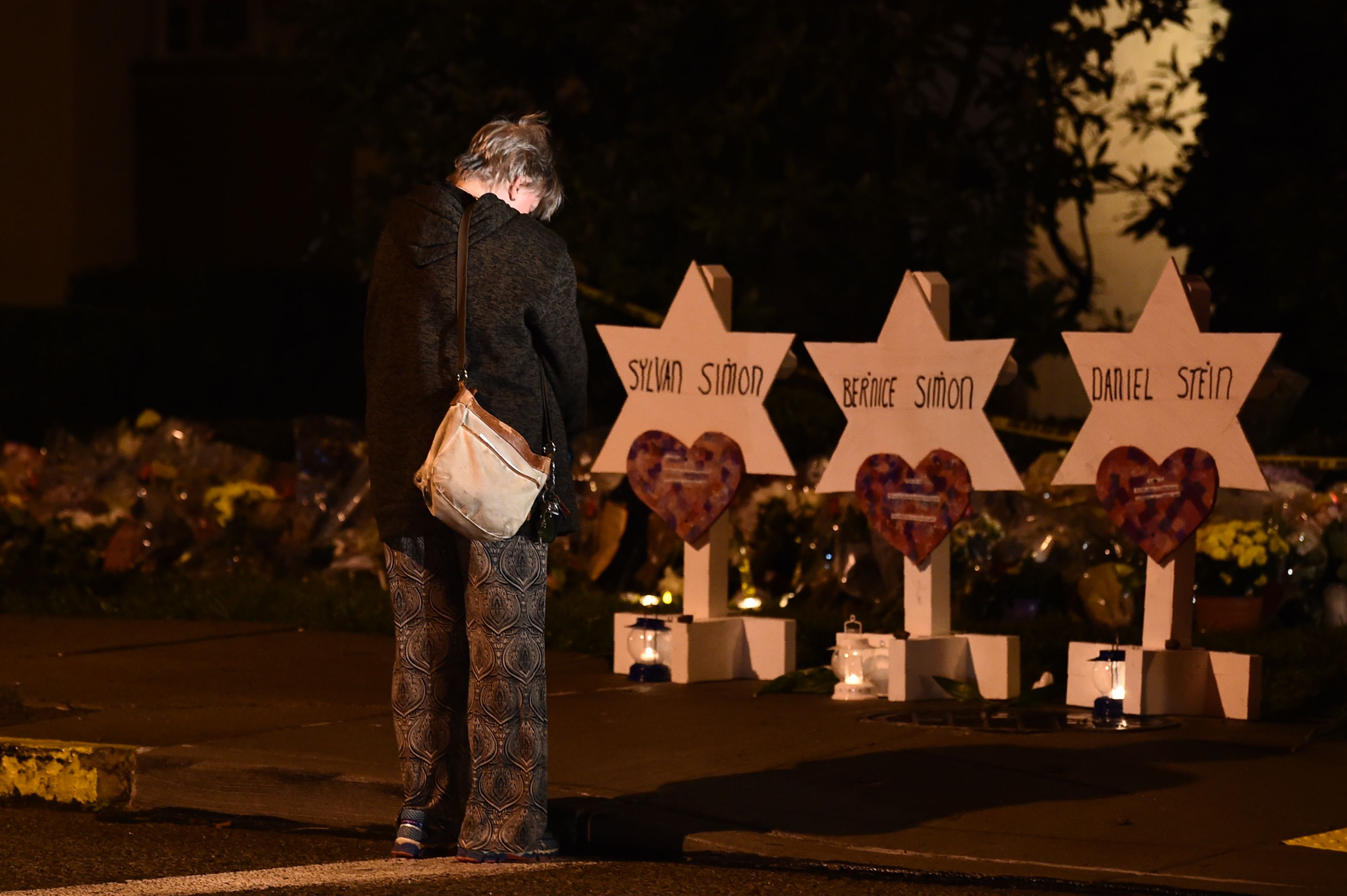 A woman bows her head in front of a memorial on October 28, 2018, at the Tree of Life synagogue after a shooting there left 11 people dead in the Squirrel Hill neighborhood of Pittsburgh on October 27. (BRENDAN SMIALOWSKI/AFP/Getty Images)

“You like to bring in hostile invaders to dwell among us? We appreciate the list of friends you have provided,” Bowers’ October 10 post read, according to AP.

Bowers already potentially faces the death penalty if convicted on 32 of the initial charges against him. He could also face either 535 years in prison or life without parole.