A new Trump administration policy began Tuesday that would force asylum seekers coming from Mexico to wait in that country while their cases go through U.S. immigration courts.

On the first day of the policy, which currently applies only to San Diego’s San Ysidro border crossing, a 55-year-old Honduran man, Carlos Gomez, became the first asylum seeker to be returned to Mexico. Gomez reportedly asked to be taken to a migrant shelter in Tijuana.

The AP called the shift “one of the most dramatic changes to the U.S. immigration system of Donald Trump’s presidency.”

The Mexican government, however, is sending “mixed signals” on whether or not it will accept families with minor children, according to the AP report. Tonatiuh Guillen, the country’s National Immigration Institute commissioner, states that only individuals from 18 to 60 years old will be accepted. However, Mexico’s foreign relations secretary spokesman, Roberto Velasco, said families would be considered on a case-by-case basis. 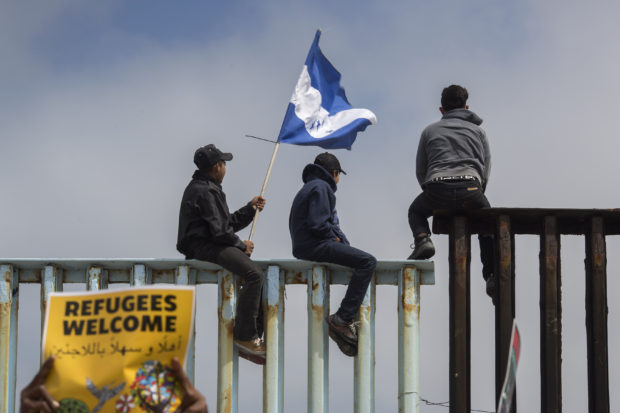 Mexico has reportedly requested that the policy exclude families with minor children, according to an anonymous official, but the United States has only agreed to begin the policy with single adults, with a possible aim to expand it later.

AP reported on the “sense of confusion” surrounding the policy’s launch:

The launch is limited to San Diego’s San Ysidro border crossing, the nation’s busiest, though Customs and Border Protection Commissioner Kevin McAleenan wrote in a memo released Tuesday that it is expected to expand to other crossings “in the near future.” Adding to a sense of confusion, Guillen said Mexico will only allow it at the one crossing that connects San Diego and Tijuana.

Katie Waldman, a Department of Homeland Security spokeswoman, insisted families will be included. A sharp increase in Central American families seeking asylum in the U.S. led to the Trump administration’s dramatic move, and limiting families would diminish the impact.

“It will be expanded across the entire Southwest border, and it will apply to family groups,” Waldman said.

The United States will currently send back 20 individuals per day, according to Mexico’s foreign relations secretary. Two anonymous U.S. officials told AP that 100 people per week would be returned during a trial period of up to 90 days. (RELATED: Tucker Carlson: America’s Elites Want ‘Immigration Without Limit’)

A memo to U.S. Citizenship and Immigration Services employees reportedly said asylum seekers would be interviewed and allowed to stay only if they are “more likely than not” to be tortured or persecuted in Mexico, AP reported.

Asylum seekers from Mexico itself, along with children traveling with them, will currently be exempt from the policy, according to Customs and Border Protection guidelines. People with health issues, “criminals” and those with a “history of violence” will also be exempt.